I didn't notice him coming over but all of a sudden I looked up from my laid out position in the window t see him sitting there right in among he roses and plants on what remains of the rockery.

I went to say something but as I opened my mouth I suddenly became stumped for words. It seems a little wrong just to say hi and I didn't want to ask him how he was again, I think the answer would be obvious but I didn't want to just blank him either.

So I nodded and gave a weak smile. Mogsie did the same back then put his eyes down again.

I went back to sleep, something just knowing someone is there and thinking about you can be just about enough. 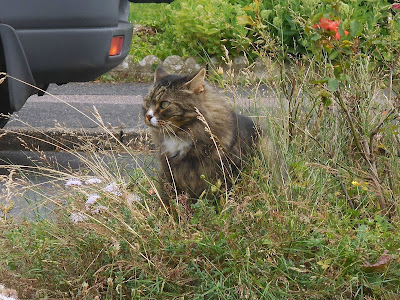