I was teasing River by hiding and then calling out her name but ducking out of sight if she looked in my direction. 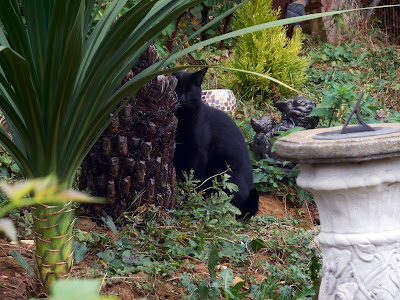 I got so into the game that I missed Sofia calling out to me until she was on her way out of the garden. 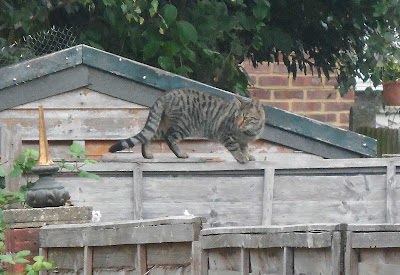 I was about to run over to her when I heard River winging on the bench about nearly falling through and that took my distraction away from following Sofia. 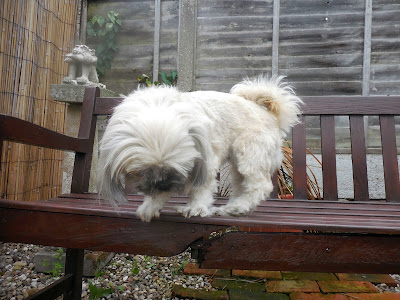 By the time I realised she was OK Sofia was gone but at least I know she's not avoiding me, I settled down to do some thinking about the situation... 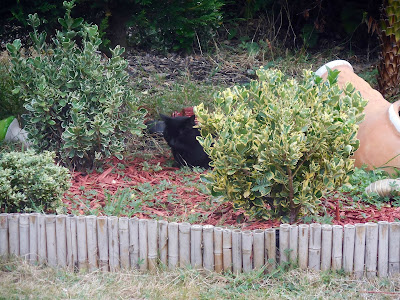 ...when I heard River settling on Daddy and decided to be sociable and join them. 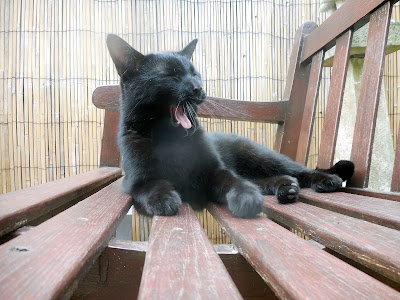 I was feeling rather frisky, River looked tired so I decided to play with Daddies arm. 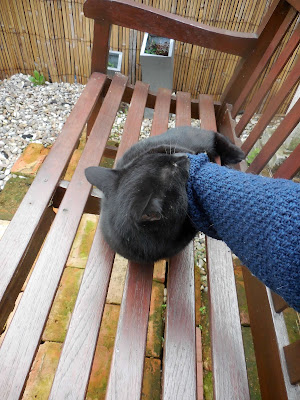 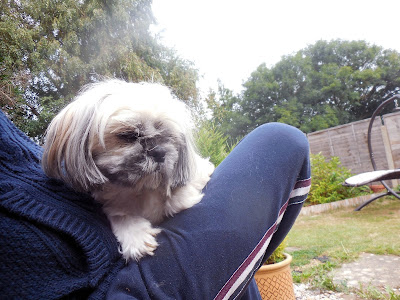 We them both just had a sleep until it was time to come in for some dinner. River kept on trying to make me play with some mouse toy she'd been guarding. I wasn't interested. 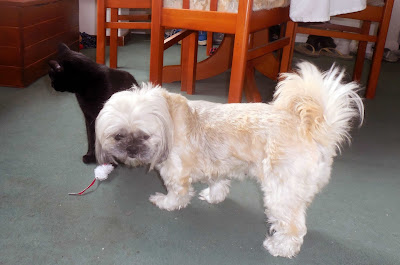 No I was more interested in getting some much needed sleep all this emotion is exhausting. 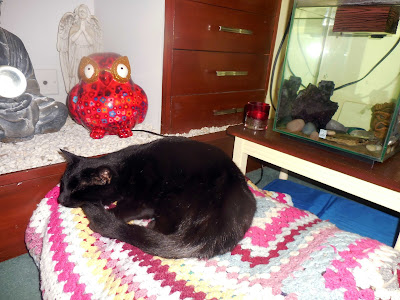 Cats and Dogs - Another Side
www.riverssong.net/2016/09/i-keep-on-falling-through-gaps.html