Phew. I was out of breath and had no idea where we were. The sun was shining down, gently warming my neck where it broke it's way through the tree's rooftop blanket.

All around were fire engine red, foot tall flowers, similar to the one's Daddy has at the back of the garden, these however shone neon, a luminescence the one's at home didn't possess.

The Fly was gently buzzing around collecting some liquid,

"I needed that." He wiped his mouth on his arm then licked the smear dry.

"They'll be here soon and I need to tell you something."

I looked at him a little surprised, The Fly was a good guide in every sense of the term, keeping his secrets this as the first time he said needed to inform me of anything, not since his warning about getting involved that was. Now by meeting Purlean I was now a part of the time line so I was anxious to here what The Fly has to say. I nodded an invitation that I was prepared, maybe this is what happened if fate had danced your way.

"We are nearing a time when things get really dangerous, nearing a place where things may be a little unpredictable."

He looked very serious and the heckles on my back pricked up.

"We are just outside an old sacred spot and there's no way around it, what's coming up is a crossing point, for Purlean and a turning point for us to lil David."

"Where on earth are we? And what do you mean about a turning point?"

"A place of a choice and a place where decisions are made. Just over the next hill is where Ursa, Purlean, Leopold, The Darling, Darling and Bob are all resting, Purlean's babies are nearly ready to join us. Just over the next hill is Destiny's Turn, now just a grassy patch but one of the most sacred places for all cats. Destiny's Turn is said to be the place where the remains of Byzan, who fought in The Last Great Cat War where laid to rest.whether it's true or not it's believed to be and thus a place of great spirituality, a place named after itself, a place where it's Destiny's Turn to take over. Ready?"

I shook my head, a small smile fighting one side of my mouth, a twinkle star burst forth from my eyes.

"Let's go." The Fly smiled back, and raised his hand in a mock toast, "To Destiny's Turn!" 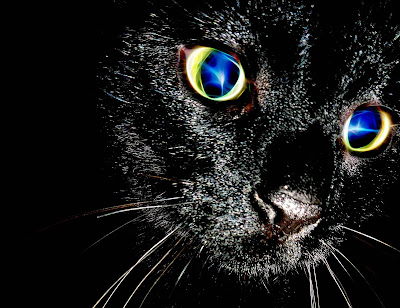