A Taste And Already I Was Hooked

We rushed back through the forest, following exactly the same path. I was looking out the whole way to see if we were going to cross magic's path again but we didn't. I was rather sad, a taste and already I was hooked, craving more, a dangerous thing, I felt it instinctively.

I'd heard Daddy saying before that magic comes with a price, to balance, I wonder if my craving was the downside? It was too early to know but I could speculate, I needed to keep my head and stay in the moment, we were heading back, from last look, a riot and a lynching, a mob of criminals and a determined witch, not a happy combination.

As we approached Troubledom I could hear the mob still calling out, a huge crowd gathered in the main market square, touches ablaze, laughing and jeering and their in the middle on a podium was Ursa, flanked by a couple of men, smiling away not in the slightest bit concerned, if the look on her face was anything to go by.

I felt The Fly nudge me, I faced him and followed the direction his head was nodding.

There by one of the houses right in the market square sitting totally unnoticed was Purlean, calm and composed.

"What's she doing?" I whispered to The Fly.

"Waiting for what?" I looked back at Purlean, still watching the crowd and Ursa.

"Secret weapon?" I turned back to The Fly. 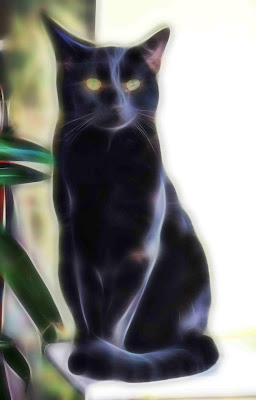