George just popped by which surprised me as it's pouring down with rain and unlike me he doesn't seem to be too much of a fan.

He said he'd not seen me in a while and just wanted to know how I was doing and to let me know what was going on with Foxy Lectar and Flash. Apparently there's not been any sightings of Flash for weeks now and so he's off the radar and although not that many sightings of Foxy he has been leaving signs of midnight visits, torn up grass that sort of thing.

The 24 hour a day patrols are being stepped down although he said we should all be vigilant. I always am! 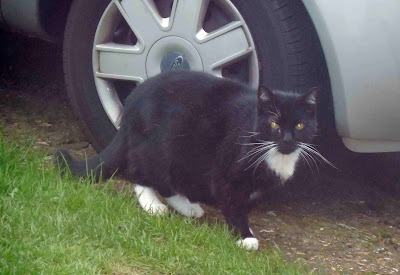