Did You Know That Was Going To Happen?

"Did you know that was going to happen?" I was pretty angry with The Fly.

He looked at me and nodded, a small smile spreading across his face.

"Well why didn't you warn me?" This was unbelievable.

The Fly looked at me quiet sternly;

"I did, i told you right at the beginning of the tour to be careful of getting involved with events but if events decide they want you involved they'll decide not me."

"No BUTS!" I'd never seen The Fly this assertive before.

"I'm your tour guide, I'm not your parent, IF events decide they want you involved then involved you will be." He softened slightly;

"You see, although I did know what was going to happen that was through a dozen, a hundred other tours, on this tour I'm the same as you, experiencing things as they happen, as it MUST be. A lot of people want to know all about the future but there's a danger in that, a danger that just by knowing what's ahead that they'll try to alter or effect the outcome to what they want it to be and that is not always the desire of the universe. Just by knowing it might be changed."

"What are you saying everything is pre-destined then? And we have no say over our future?" I was puzzled.

"No I'm not saying that at all, what I am saying if a little knowledge can be a dangerous thing, especially if that knowledge is up for manipulation. Events should unfold in the moment and although some of us are lucky enough to have that insight it's also a tremendous responsibility. What if I told you that was going to happen because I'd seen it happen before. Would you try to get here quicker and maybe miss that exact moment when you met? Would you avoid it and change the future, a future the universe, the biggest power of all, has decided already for you? Would just by you knowing change your perception and actions in the moment? Any of these could have big consequences, I told you before, knowing the future is a great responsibility, one which only the universe and magic will decide is an individuals to know. That is not a decision I have the right to decide."

It kinda made sense in a weird way, Maybe I should just go along with events, after all I wasn't going to get any help in that regard from The Fly.

"Fancy going back and seeing how Purlean rescues The Witch?"

I nodded, I was along for the ride now, no getting off this roller-coaster until the end. 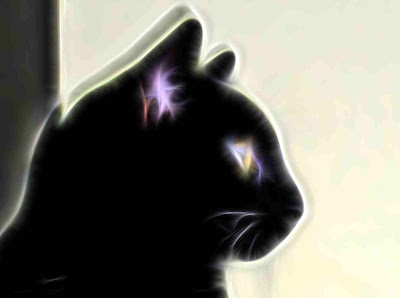