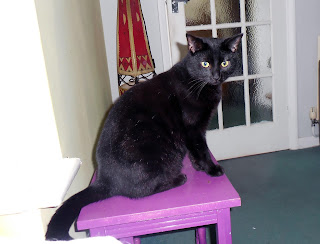 I'm feeling pretty tired today I've been up half the night, keeping watch out for Mogsie.
He was on patrol all on his own making sure that Foxy Lectar didn't turn up. Thankfully he didn't as I fear what would have happened if he did.

Mogsie really is brave I don't think I'd have the courage to be out there alone at night, I did try to get out there to be with him but Daddy locked the cat flap both ways, I can open it if it's one way locked but not two. 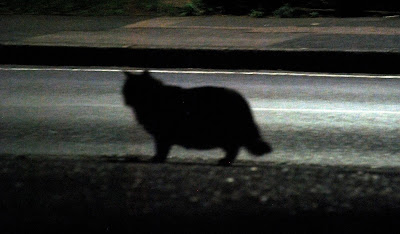