"What happened?" I called over the road to George, "No one turned up yesterday to let me know what was going on with the cat council meeting!"

George looked back at me and wiped a glob from his weepy eye, he'd been admiring the daffodils that have just sprung up, very early this year, must be the generally mild weather we've been having.

"Sorry, I should have let you know it has been delayed, Mogsie has gone off on a mission and he asked if the meeting could be postponed until he got back."

"Where did he go?" I must admit to being a little irked but hey we all forget to pass on messages sometimes.

"I don't know he didn't say but I have an inkling." George put his head down in thought for a moment.

"And if it's where I think it is it can only mean one thing he thinks this situation with Foxy Lectar and the buried treasures is even graver than any of us think!" 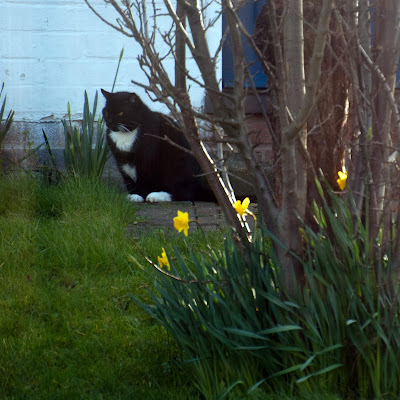