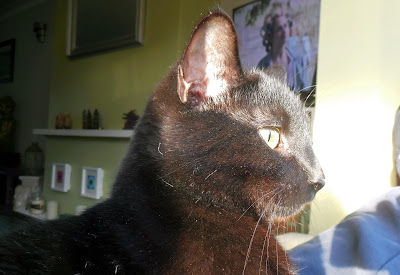 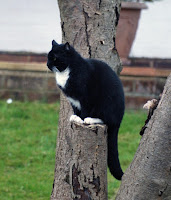 Something amazing and rather magical has just happened.


I was enjoy the last rays of this beautiful days sun on Daddies lap, looking out the window George is still sitting on the tree stump, when all of a sudden I was drawn to look behind me and there on the wall a rainbow appeared.

I turned to see if anyone else had seen it but they were still absorbed with their lazing.

I was transfixed and watched as it slowly moved and lit up the little Buddha and although he's generally a very happy little man I could have sworn I saw him smile just that little bit more. All of a sudden the rainbow dissipated into nothing.

I've got a feeling, something magical is on it's way, this is a sign from the universe, of that I am sure. 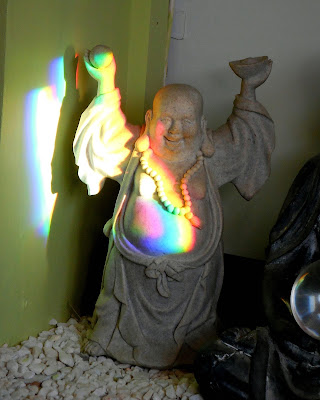