He's Been In Hiding

I turned around and there was George sitting on the sunshine shed looking down at me. I'd been outside avoiding Daddies sneezing, it had begun to get rather annoying.

"Hi." I smiled back at George and took a few steps closer. "How you been?"

"Fine thanks." George blinked a glob squeezed itself from the corner of his eye. "Sorry it's taken so long to get back to you."

I shifted my weight and sat down. "I must admit I had."

George smiled and nodded. "I know let me explain. I needed to track down Doublay."

"I've not seen him for ages." I interrupted.

"I know it took me ages to find him, he's been in hiding."

My ears pricked up and the fur on my back stiffened. "In hiding?"

"Yes," George continued, "He'd heard that Flash was reforming his old gang and he didn't want to be dragged back into it."

"Phew!" I could understand his reticence.

"We had a long chat, he doesn't know what they have planned but he's agreed to help us."

I stood up, "What do you mean he's agreed to help us?"

"He's going to be our mole, he's going on the inside."

"On the inside?" I didn't understand, my face didn't lie to George.

"He's going to pretend to be back in the crew. Then we'll really find out what there plan is, they don't want the buried treasures for no reason!"

I was scared and excited all at the same time, something told me a big adventure was ahead. 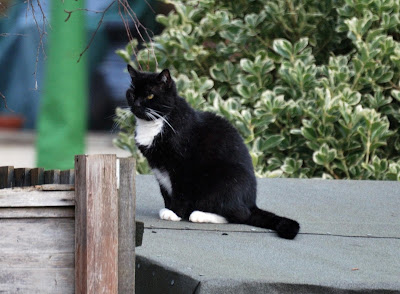