He Pins People With Their Own Words

I've just been listening to Daddy on the phone and he's not happy.

I could tell something was up the way he took a deep breath before picking up the phone, it's never a good sign. I jumped up near him to get a better listen and to offer some support if he needed it which to be honest he doesn't when it comes to this sort of thing.

He was on the phone again to the pet insurance people about the claim they've made after River's recent conditions. I thought that it would have been sorted out by now it's been a long time, well over a month.

I heard him a few weeks ago telling them he felt he was being fobbed off and that it wasn't his fault that they had received a lot of claims lately and the same words were coming out of his mouth again.

I heard him multiple times correct them on the time they had on their system about the claim going in, again something I heard him do a few weeks back and the brilliant thing is Daddy has proof they received it earlier than they said they had.

He can be very persistent when he knows he's right, I think the saying is a dog with a bone. Things must be serious as he's talking about freedom of information access requests and with his history working for news organisations and legal proceedings he's in the know, he doesn't say anything like that unless he is sure, he picks his battles wisely.

Eventually they confirmed that the backlog had finally reached the date they say they passed the information through to their accessers department, a minor victory as from what I heard I don't think they realised what they had said until he confirmed it was the date they said they did. He pins people with their own words so they can't get out of it, annoying to those he does it too, smile providing to him. 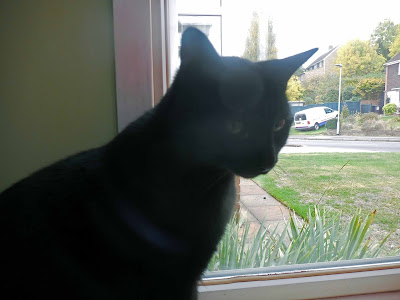