The Last Thing On My Mind 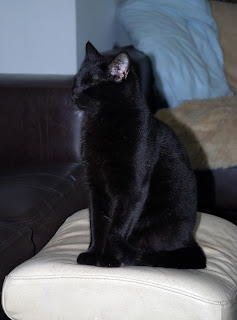 The Daddymummy has come to see us and I thought it rude not to make an appearance although my mind really was on trying to get hold of either Mogsie or George, it's a beautiful day so my chances of catching them were high.
True to form after making myself seen for just a few minutes, George appeared.

He said he came over to tell me the cat council meeting was set for tomorrow, that's when I told him Foxy had been around again this morning. He looked very worried and told me I should not under any circumstances approach him. 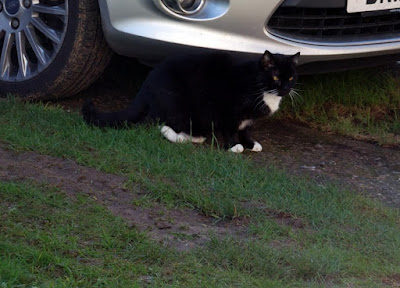