Plan B Is In Operation

I've finally caught up with Mogsie.

He was out in his garden enjoying the last ray of the days sun, it's been a sunny one, when I called over to him Daddy had the window open so I didn't have to shout loud.

How am I doing? How am I doing? I could have shouted even louder at him. I've been waiting ages for him to let me know what was going on and now that Doublay had disappeared I was doubly incensed and I told him so in no uncertain terms.

Mogsie just smiled back at me. "It's OK David, no need to worry about Doublay, we've got him tucked away in a safe house."

I wasn't expecting that and I think the look on my face gave it away and Mogsie smiled again.

"Oh little David-Shiro, trust me I have everything under control, OK there was a little hiccup in my original plan to infiltrate The New Cat Crew but as it turned out Doublay getting busted as a double agent has worked in our favour."

"Our favour?" I shrugged my shoulder, "I don't understand."

"It's got them rattled, they think they are the only one's who can play games. They're not."

I thought for a moment trying to understand what he was getting at, my face gave it away again, I must practise a poker face.

"It only takes the suspicion of mistrust to create dissension amongst the ranks. what better way than to destroy this new gang than to get them all suspicious of each other."

"But," I interrupted, "Sofia has been around and she's worried about her brother Milo, he's being bullied by Flash and Foxy and the others."

"I know." Mogsie shifted his weight from one side to another, "And it is concerning but I'm keeping an eye on the situation and will step in if need be but trust me at the moment just for a little while longer, Plan B is in operation and going exactly as I hoped!" 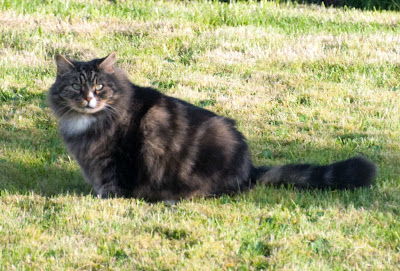