He Didn't Need To Say That Twice

I know it's a bit of a rainy day but I had to sit in the front window for hours waiting for someone to appear.

Finally just now George sauntered around from the side of C's house, he was going for an early evening walk he said, it was lucky you passed by I said to him and I sat down and told him all about my conversation this afternoon with Sofia.

He just sat nodding as I explained everything that she had said, the water in his eye growing a little larger than normal when I got to the point about Doublay disappearing.

He told me not to worry but it was probably best if I kept inside for the rest of the day and to make double sure River stayed in as well, he said he would come back to me after speaking to Mogsie before reiterating to stay indoors.

He didn't need to say that twice. 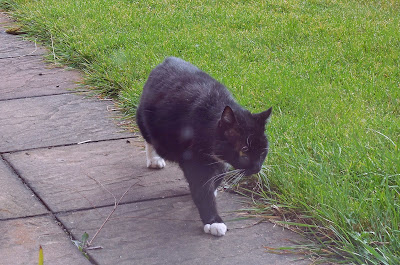