A Pretty Normal Saturday Morning Apart From One Thing.

It's a beautiful morning which makes a change after the rather dreary weather that's been plaguing us this past week.

Everyone is pretty much asleep, Daddy is upstairs he's been working very hard recently, and River although she managed to drag herself downstairs is asleep on the chair while my other Daddy is pottering in the kitchen. A pretty normal Saturday morning then except for one thing.

I've been sitting in the sun just daydreaming when it came to me almost as if I was talking to myself. Why have I not noticed before that things are strange around here. I mean things seem to start to happen and then just suddenly stop for no reason.

Sofia and mean for one, I've not seen her for ages she just comes get my heart all a fluttering and then disappears again.

Flash and Foxy and their threats. Not that long ago I was on high alert for an attack and then nothing.

Theo. I've still not managed to tell him what happened when I met up with Purlean, he keeps on disappearing from radar.

That's what I keep asking myself now I've thought about it, why? These things seem connected in someway, hey even I seem to have almost forgotten that Greego The Pixie is still asleep upstairs and I have no idea why it keeps on slipping from the front of my mind.

Somehow these things seem connected, I just don't know how. I think I may go and try and find Ginger Cat he was going to help recruit a third Witches Familiar to join me and Theo in forming a new Coven of 3 to try and help Greego but even he seems to have dropped of the planet along with Doublay.

DOUBLAY! Oh my I'd forgotten about him as well, he's disappeared to.

Hang on the more I think about it the more I'm sure. I think Catworld is under some sort of spell. 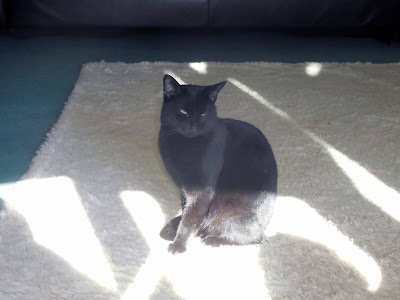