He Looked Back At Me, A Twinkle In His Eye - Isn't She A Scene Stealer

I turned to The Fly, I don't know if it was the tension of the situation or whatever it was but I really wanted to giggle. I knew it was not the time but still.

He looked back at me, a twinkle in his eye. "Isn't she a scene stealer." He smiled.

By the time I turned back Christmas Peacock! had half a dozen cats surrounding her, trying to give her sips of water, a general hubbub of whispered chattering was rippling through the gathered crowd.

Ursa was staring down, hands on hips, defiant and irritated, the Dragon behind her now quiet but still breathing, his eyes reduced to slits.

I scanned the rest of the gang, Bob and The Darling, Darling had both moved a little closer to the kittens, Leopold was now by Purlean, protecting her as she wrapped herself around Ursa's left foot.

Most of the crowd fell silent but hushed voices could still be heard.

Ursa turned to the Dragon. "Deal with this nonsense will you!"

The Dragon smiled, puffed out his chest and stretched out his wing, smoke coming from his nostrils he stood as if to get ready to take flight.

"Oh my, I'm so sorry I seem to have interrupted your little gathering." Christmas Peacock! was on her feet.

"Well that was a miraculous recovery!" I whispered out the side of my mouth to The Fly.

"Um amazing timing!" The irony in our voices not lost on the other.

"Now, " Christmas straightened the daisy in her hat. "Now who is the head honcho around here, I need a favour and I'm in rather a hurry."

Ursa looked shocked, a couple of the cat laughed only enraging Ursa more, the Dragon now calm, distracted from his orders.

"Are you..." she stepped a few steps closer down the hill. "taking the mick?"

Christmas Peacock picked of a blade of grass stuck to her shawl. Looked Ursa up and down, turned to the crowd behind her, turned to face me and The Fly again, winked again, this was becoming a habit and opened her mouth.

"No your stylist however ekk. Money back guarantee?" 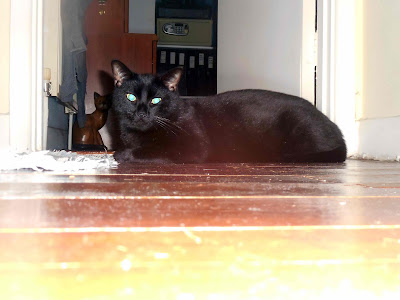