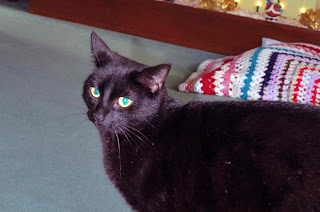 It was lovely having nanny here to look after us but I was secretly glad when my daddies came home, it must be something about their smell but I did miss them. I also am a cat of culture and didn't want to overload them when they got back so I bid my time until this morning when I decided to see what they have been up to.
They went to Amsterdam Daddy told me, I know it's one of their favourite places, they always have a good time when they go there. 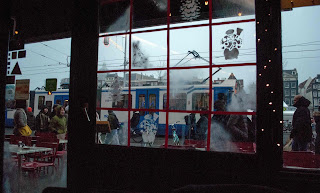 This time it was to get some Christmas vibes. Daddy said he wished it snowed but it didn't. It did look very frosty and cold though.
This Amsterdam place seems a very unusual place, every time they go and come back and I get to see what they were up to there's something new that's occurred.

This time they met a skull creature made out of crystals. I think it would have scared me a bit, but they said it was fine and there was nothing to be concerned about, he must have seen the look in my eyes. 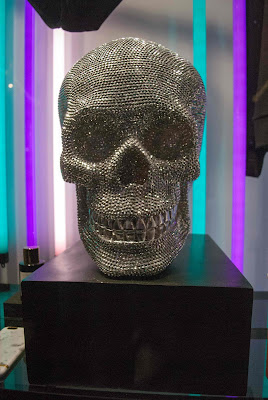 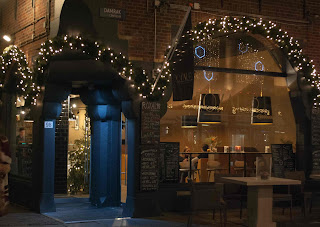 Luckily they escaped the crystal diamond skull and got back to some more Christmas type things. 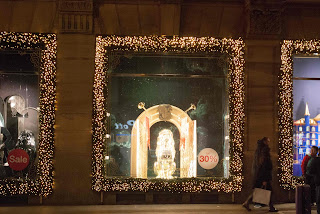 Amsterdam people must love cats a great deal, they had a big gold solid one in a window where people went to pay homage to. If I had realised we were held in such high regard I would have snuck in their bags and gone to see for myself. 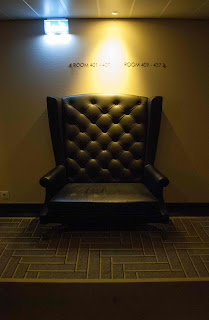 Their hotel was lovely apparently, right on Dam Square. I didn't really care or know where that is but I did care about the chair outside their room, I had fallen in love with it and secretly I've got my fingers crossed that I might be getting one for Christmas, a chair all to myself that I won't have to fight River to get on.
They always do lots of exploring when they go. This time was a special trip though as they went to see The Festival of Lights. There are lights everywhere all over the place, making things look pretty. 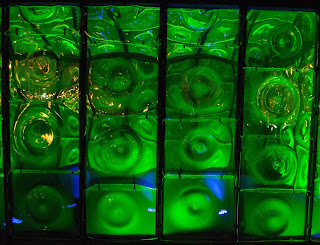 They really do put on a good show. 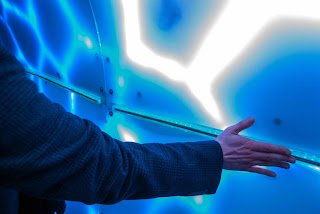 And some of it is magic as well. Daddy touched this one thing and lightening bolts shot out of the top of his hands.
And lots of people paid homage to the lights all over the place. Daddy said people really enjoyed it. I can see why. 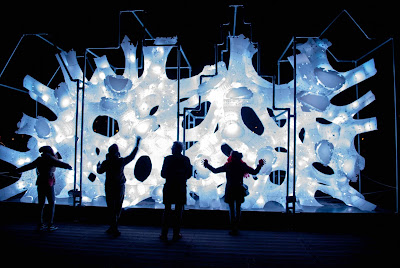 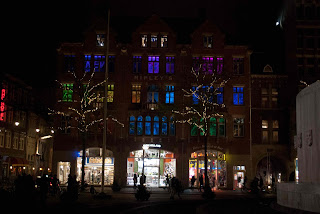 Even the shop windows are lite up pretty like rainbows. 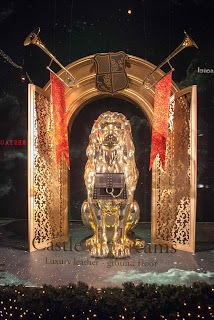 And there was even more homage to us cats, almost everywhere they went. 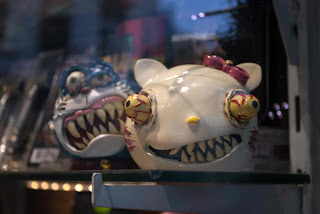 But I think some of the cats went a bit rough and ate something funny as they came across some very disturbing homages as well. I don't think I would have enjoyed coming across some of them after a heavy night out.

But I would have been OK even if I did, as Amsterdam is a place where magic is everywhere, they even have signs saying so, they are so brazen about it. 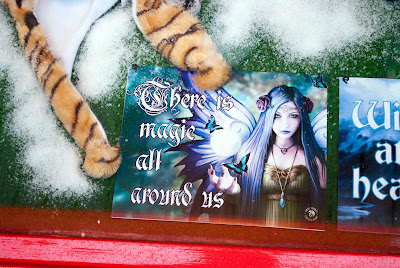 Night time is their favourite time of the day over there thought, that's when all the lights come on and it looks like a real life Christmas village. 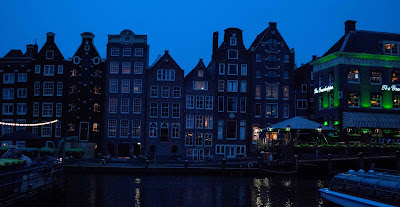 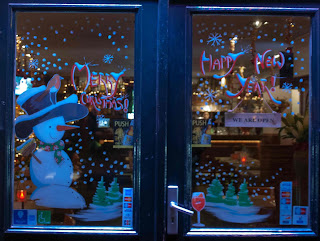 So much Christmas cheer that some people must have driven their bikes right into the canal. 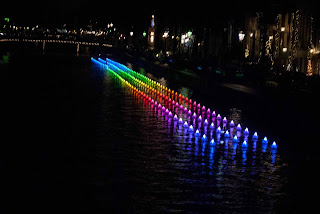 But it would have been OK, they even have rainbows in canals over there in that place. 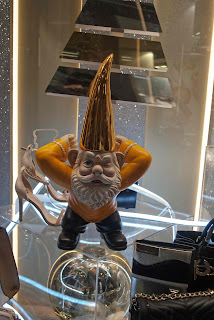 And Elves and Pixie's to help them out. I do hope I can break Greego's spell soon and get him back awake, I think he would have some very funny tales to tell about Amsterdam...
...like the day the three naughty babies stole a horse and went for an adventure. 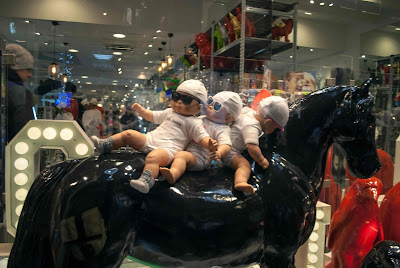 Cats and Dogs - Another Side
www.riverssong.net/2016/12/today-is-christmas-eve.html