"Give it to her." One of the children cried out, quickly followed by a sharp slap from the man nearest to them.

"I'll tell you what." The tomato seller stepped forward.

Ursa smiled and looked down to Purlean who was sitting on a grass tuff nearby.

"Oh this should be interesting." A smile spread across her face. "Go on then, let's here this DEAL"
She mocked.

The tomato seller smiled and took a step closer to her.

I turned to The Fly whose hundred eyes were transfixed on the unfolding scene.

"You," he stepped closer again and bend down, grabbing something from the floor before holding out his hand towards Ursa, "Guess what I've got in my hand and you I'll give you the Ruby, providing you leave here and don't harm anyone else."

Ursa stared at him a smile slowly spreading across her face.

"You know what, I like you, someone with a bit of guts about them." She nodded.

"But I have some conditions of my own."

The tomato seller looked behind him towards a group of the men. One of who nodded at him.

"If I guess it right not only will I you give me the Ruby of Mar BUT you also agree to join me, as I said I like a man of courage."

The tomato seller  thought for a moment and nodded.

"Now let me see, what could he have in his hand." She laughed at Purlean, who looked back up at her, her face giving nothing away.

The crowd had fallen silent and I looked back to The Fly again, still he was watching with eager anticipation although why I had no idea, he'd seen this happen time and time again and knew the outcome.

Ursa looked at the tomato seller, looked back at his hand and then back square in the face.

"Nothing, you have nothing in your hand." She laughed.

The tomato seller smiled her Ursa, held out his hand and slowly unfolding his fingers revealed an empty hand.

I gasped loudly instantly putting my paw over my mouth, scared I'd been too loud.

"Correct." He said as he dropped to the floor and a brick flew past him and hit Ursa clean in the face, knocking her backwards. Then another and another. The crowd were fighting back as Ursa screamed and clasped hold of her eye.

Quick as a flash the tomato seller had grabbed Purlean and threw her into the crowd just as Ursa recovered herself enough to see what he was doing and rushed forward.

"Purlean." She pushed aside one of the men who was now charging her, his arm snapped and he dropped in agony, clutching it.

"PURLEAN." She shouted, chasing through the crowd, people dropping either side of her as soon as she touched them, grabbing parts of their bodies wherever she had touched them.

"PURLEAN! PURLEAN! PURLEAN!" She wailed, looking left and right, the thickening crowd pushing closer and closer to her, until I could no longer make out who was who in the tangled mess of bodies. 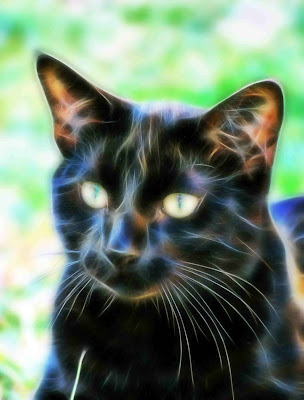