"Hey you." A man selling tomatoes pointed towards Ursa now walking right into the town boundaries. A few of the people around him looked in the direction he was pointing and started murmuring to each other.

Ursa smiled and carried on silently, Purlean matching her step by step.

Word was spreading quickly, with each step Ursa took more people appeared on the streets, not one look affriad.

"Hey I said YOU!" The man repeated his statement and held his hand out as if to say halt. "You're brave coming here." He laughed.

Ursa continued on, now just a hundred meters or so away from him, the gathered crowd thickening by the minute. Ursa started to smile.

"You're brave speaking like that to me." She smiled back and stopped, just a few meters away from him, face to face they both grinned.

"But I like your confidence, I might let you live." Ursa laughed, Purlean rubbed up against her leg, looking up at her mistress.

Some of the crowd started laughing, the man who had called out to her looked at the man to the left of her;

He stepped forward and mockingly bowed;

"I'm sorry your highness, pray do tell me what can we do for you this fine day." The crowd joined in the mocking, laughing and jostling each other.

"You can go get me The Ruby of Mar and we'll say no more about it."

The smile dropped from his face and he stepped a pace towards her.

"You think you can come into my town and demand The Ruby of Mar?" He turned to look at a man behind him who grinned. "She's a crazy one, this one."

More laughter from the crowd.

The grin dropped from Ursas lips, Purlean was doing a figure of eight around her feet.

She turned slightly to look at the man who the tomato seller had being addressing. Muttering something under her breath she pointed her finger at him and in an instant he started screaming, grey spreading rapidly up from his feet, he reached down as if to provide some comfort. Less than 10 seconds since she'd muttered he was solid stone. The crowd was now silent.

"What's the date?" She called out to no one in particular. "The 9th I believe." Purlean nodded.

She smiled and pointed at the ninth person to his left. "NINE!"

Ursa closed her eyes her head slowly going upwards to the sky. The man who had been the ninth from the statue man slowly started to rise in the air, screaming and trying to grab the arm of anyone near him.

Ursa opened her eyes, the man now higher than the roof tops of the towns houses suddenly dropped to the floor. His body landing with a thud, lifeless.

Ursa then turned t the right of the statue man "One, two, three."

The people in the crowd started to move around, trying not to be ninth in line.

As quick as a flash "Fourfivesixseveneight and NINE!" One of the town few women started to cry;

"No please," she begged.

Ursa shrugged her shoulders and nodded her head in her direction.

The women disappeared in a cloud of smoke.

"Now. "She turned back to the tomato seller "I'll ask you just one more time I've come for The Ruby of Mar!" 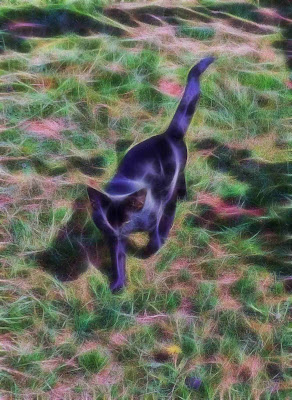