My Heart Was Pumping The Taste Of Adrenaline In My Mouth

"I've something very important to tell you." George's face said he was being serious. "The treasures that Foxy Lectar is after, must not fall into his hands, it's imperative."

George has just come over and by the look on his face he'd been up all night.

"OK, I'm listening." Luckily River was playing out the back with Daddy so I had the house to myself although I didn't know how long I had.

"We've had trouble with this character before, although I thought we'd turned a corner, he worked with us when we had some trouble a while back but it looks like that truce is now over."

George's weepy eye glistened and he wiped a drop forming.

"There's something I should have told you back last Summer when you mentioned it but I thought that I was protecting you by not saying, ignorance can be a good safeguard sometimes but now the time has come to tell you."

My heart was pumping the taste of adrenaline in my mouth.

"The treasures that Foxy Lectar is after you have."

"I have!" I wasn't expecting that.

"Yes," George nodded, "you have. Do you remember back last Summer when you told me about meeting Greego."

I nodded. "Yes, he's still asleep you know I've not been able to get Doublay and Theo to reform the Coven of 3 yet, although I'm still trying."

George smiled and nodded, "You're a good boy David but you must be careful with that stuff it makes me nervous."

I wasn't going to stop trying but I understood where he was coming from.

"You mentioned the Little Red Dragon, that's the treasure that Foxy Lectar is after."

"Yes, Lil' found it a while back and kept it safe. None of us knew what it was to begin with but now we know. Mogsie and I have been to see our old friend Ginger Cat and he told us. He saw it happening."

"What did he see happening."

George looked at me, "David you are not the only one who's been to The Time Consciousness, Ginger Cat has also been there."

"But I don't understand I was there and I didn't see anything about a Little Red Dragon."

"No you wouldn't have. Ginger Cat went later into Purlean's story than you ever did, he saw what happened after the events of Parsnip Valley, you'd gone by that time."

"I thought that was the end of Purlean's story."

"Oh no, no it wasn't, something very, very bad happened when they left to go to Manning Tree, something no one saw coming."

"But I don't understand." I was very confused.

"I think you and Ginger Cat need to speak, he can explain better than I can but I can tell you he was with you most of the time, up until you left to go over the sea he said."

"I thought I saw a flash of Ginger and have been trying to meet up with him for ages but events just overtook me and I guess it went to the back of my mind."

George smiled, "Something went wrong with his tour and he jumped in time a lot longer than he should have, The Fly was gone then and to find his way back he had to go to Manning Tree and seek Purlean's help in getting back. I'll get a meeting between you arranged, you two can then talk. But please, please you mustn't let anyone else know that you have the Little Red Dragon, keep it safe, all of our futures depend on it."

George smiled, "I know you will David, I have complete faith in you." 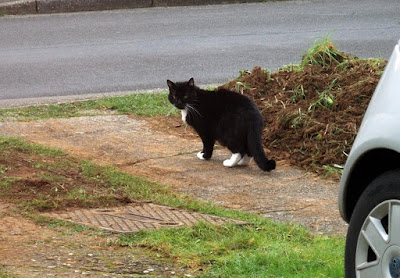