Nice To See The Boys Getting Along 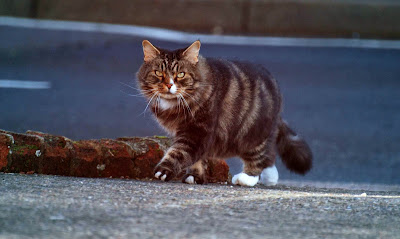 Everyone's just been told to be on high alert.

Mogsie has just come running over, he said he spotted Flash a little way down the road, about 5 houses away he said, so near the border to our part of Catworld.

He said we are now all to spread around and make sure we are very obviously being seen. I'm going to go up on the back wall by the Swinging Heart of Love, I can see quiet far and been seen from quiet a distance to.

George is already making his presence felt sitting in the open by R's car. Sarah is up on the garage roof and Mogsie said that the Naughty Twins have got that section covered off while even Emma is getting herself involved by sitting at the top of their garden, so that's theirs and Tiny's portions covered off.

Ah Mogsie and George. Nice to see the boys getting along. 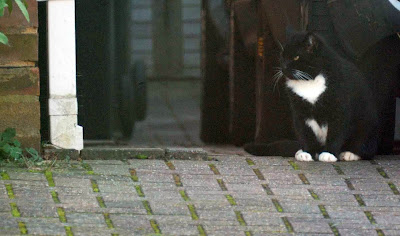