I'm Not The Only One Who Thinks So 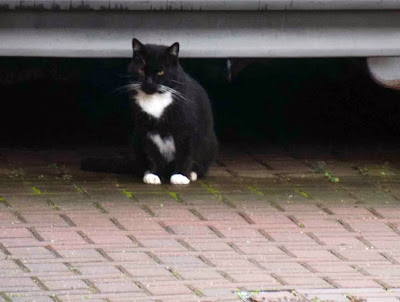 George is really pushing his luck with Mogsie and I'm not the only one who thinks so. 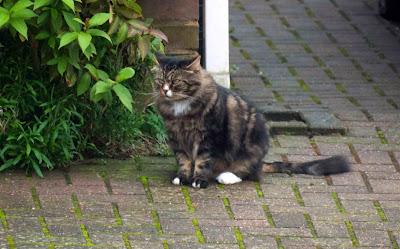 Mogsie was out enjoying the break in the rainy weather minding his own business but unknown to him George was hiding under R's car giving him filthy looks.
George must have said something to the lighter Naughty Twin who, sitting in one of her favourite positions on top of the car threw a look to Mogsie who had his back to them and couldn't see them, that said oh dear there's gonna be trouble. 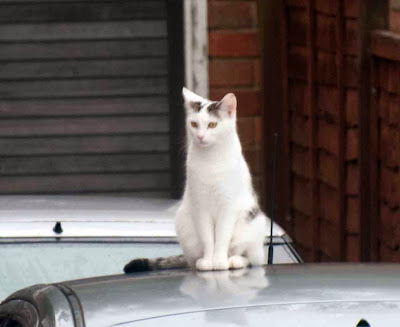 George came out from underneath the car as if to approach him from behind. Mogsie totally unaware of all the drama must have seen a fly or something as he went off chasing it watched by Twizzle who also at that point saw George and by the look on her face wanted nothing to do with the situation. 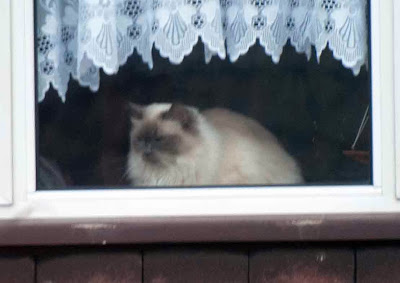 George had better watch out, I know these two have a history but I know who I was be backing in a fight and it ain't George!