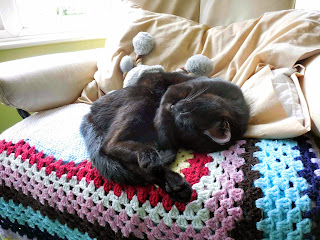 I've been having a very lazy day today, I've been so tired, it must be the after effects on my operation yesterday. Daddy says he's very proud of me for being such a brave cat, I wanted to say stop it you're making me blush but I know he won't get what I men. 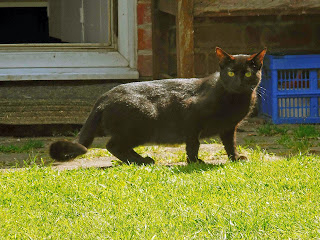 I fell asleep and everyone was around me, I woke up and not a soul did I see but I could hear some noise in the back garden so I ventured out to see what everyone was upto, there was a lot of grunting and puffing from my Daddies, they were doing a lot of digging and things, in this heat! 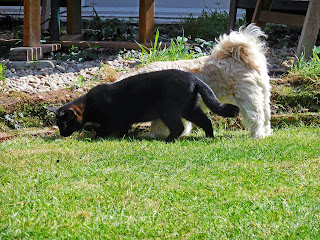 Unlike River I wasn't feeling up to helping them but I must admit it felt nice to be outside and enjoying myself with everyone else. Of course as soon as I ventured out River ran over to see how I was and if I fancied a game.
I did, but told her I had something I needed to do first. Catch that flipping fly that was back buzzing around me head, taunting me! 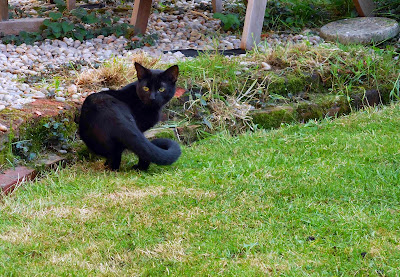 Cats and Dogs - Another Side
www.riverssong.net/2015/05/it-was-my-pleasure.html