Theo has just popped by.

I was sitting waiting in the window, Daddy says nanny is coming over today and I wanted to be the first to see her arrive, I like to tease River sometimes as I know she so loves to be the one to announce when someone has arrived.

Anyway there I was sitting in the window waiting when all of a sudden I heard a "Pst." Coming from C's garden.

Looking down there was Theo.

"I know you said that I shouldn't say anything to anyone about what you told me about the Coven of 3 and all that but I just couldn't hold it in, I told my sister Maisie."

"What!" I wasn't best pleased, what I'd told him could have huge ramifications if it got out and I didn't want to create a sense of panic around here, I just thought he should know, being another witches familiar.

"Why on earth did you do that?" I was more than a little annoyed, I felt betrayed, from one witches familiar to another.

"It's OK she can be trusted, she won't say anything."

"And," he began, "She thinks we should try and reform a new coven, a new coven of 3 and try to break the spells."

I was aghast. "You can't meddle in magic, it could cause all sorts of things to happen, look what happened when I did!"

Theo laughed, "But it would be fun don't you think? Just to try, just a little?"

I shook my head as much as I would love to form a new coven of 3 witches familiars, if of course we could persuade Doublay to join in but the thought of trying to break spells scared me, I didn't know enough, I hadn't learnt yet how to master my own magic let alone trying to get inside the spells of others, I wasn't even sure it was possible and I'd been warned from The Fly about what could happen if I did.

However something inside me still wanted to try and undo what I'd done and magic would be the only thing that could do that. 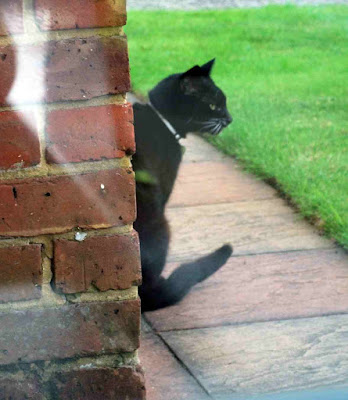