Mogsie's Words Rang In My Head

"What!" I exclaimed out loud and quickly put a paw across my mouth, looking quickly to see if anyone had heard me.

Ursa was laughing and looking out to sea, Purlean turned back, I thought for a moment she had heard me but she just smiled and turned back to look out to sea with Ursa, she must have been looking at her children, running and laughing as they splashed in the water.

Leopold and Bob continued collecting wood for a fire they were building and The Darling, Darling had settled on a patch of the beach, looking very tired, enjoying the sea breeze.

Phew I couldn't have been heard, relief spread throughout me. Where was The Fly when you really needed him.

I couldn't let this happen, what about my Daddies. She said she intended to eliminate all human beings, throughout time.We were in the time consciousness, if something happened here then it happened everywhere at every time, look at what had happened to Tiger. She must be stopped but how on earth could I achieve that all by myself. Now more than ever I needed The Fly to help me.

Mogsie's words rang in my head;

"For it was the day of the Summer Solstice, many, many years ago, that Purlean's family finally found her again. It was also the day the Coven of 3's magic was activated and the day she had to make a terrible choice, a choice that would affect all black cats through out the world for evermore and cause such debate as to whether black cats are lucky or not. That was the day black cat magic came into being and the seeds of the fall of The Second Great Age of Cats were sown, and watered."

Right think, think what did that all mean?

The Summer Solstice that was the day everything seemed to happen. I had no idea what the date was today, but was pretty sure it wasn't the Summer Solstice, not if they were making camp and had a journey over the sea to complete first and Purlean's family hadn't turned up, so I had a little time. I needed to find out the date, how I had no idea but it was a start, give me some idea of how long I had.

The Coven of 3 had been born but I'd seen no sign that their magic had been activated, not that I'd been with them all the time but I felt confident that was still to happen, I really needed to keep an eye out for anything strange around those 3 little kittens.

I knew I had protection magic but was that the same as black cat magic? Surely if it was The Fly would have called it that, but then again The Fly hadn't always been totally truthful to me.

I wasn't even sure if we were in The Second Great Age of Cats yet or not, but Mogsie said it was about the beginning of the fall not the creation. Oh how I wished I'd learnt more about cat history, that might of helped, still no point in beating myself up about that now.

Then suddenly it struck me. I was in The Time Consciousness, a place where things could be altered. I still had very little understanding or indeed control over my own magic let alone anyone else's so I didn't feel confident in being able to use that effectively but the words of Daddy screamed in my ear. Prevention is better than cure. What if I could prevent Purlean's family from finding her, would that stop any of this happening? I had no idea but it was the only plan I had. Somehow I had to stop that from happening.

Oh Fly where are you? 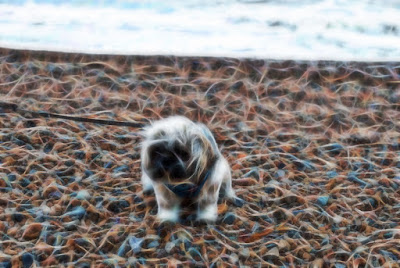