Another beautiful  morning in Catworld and following on from the breakthrough we had the other day I decided not to shy away from River when she came up on the bed and we were both rewarded with a peaceful stroke and the chance to wake up in an appropriate way. 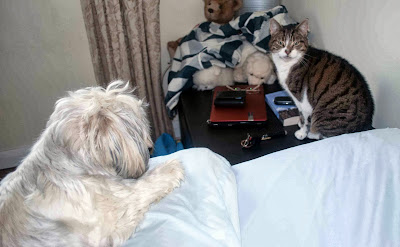 We came down and Daddy put the news on only to hear that there's some more kerfuffle with the Downing Street Cat who apparently according to the news, although they are saying it's not so, that the Prime Ministers family and Lowrey don't get on. He's always in trouble that one but when are people going to get it, if we cats don't like the way you are doing things we will be forced to step in. We after all are the real ones in charge of this country! 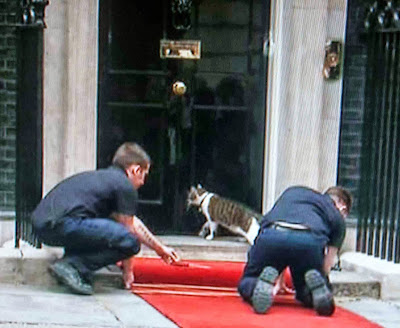 Cats and Dogs - The Other Side
www.riverssong.net/2013/09/i-remembered.html