We Must All Remain Alert! 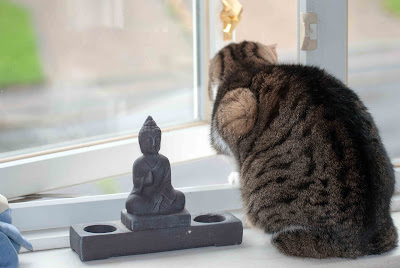 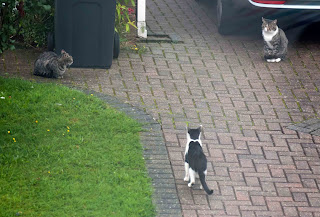 Well finally Daddy went downstairs and took River with him, he's been sorting out our office and much cleaner it looks too. The rain has also finally stopped and out of nowhere as predicted Spit and Sarah appeared.

I can't have been the only one waiting for his return as almost as soon as they both appeared the darker Naughty Twin quickly ran across the road and straight up to Spit. 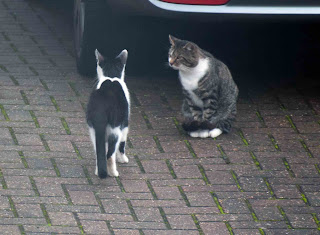 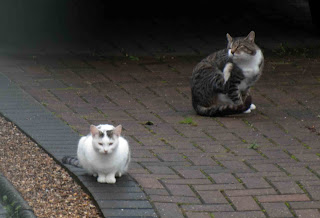 Phew Doublay is to be trusted after all, he was coming to warn us that he'd heard the rumour from Ginger cat who had heard on the grapevine that Flash had been making enquiries. Although it's great that we've had confirmation Doublay is on our side, it's not so great to know that word has reached Flash. We must all remain alert! 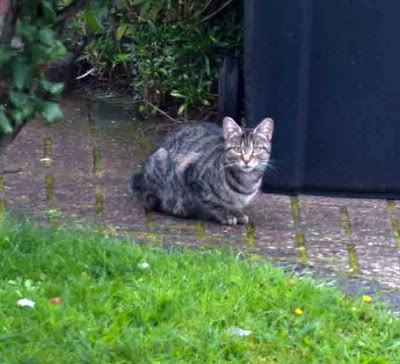