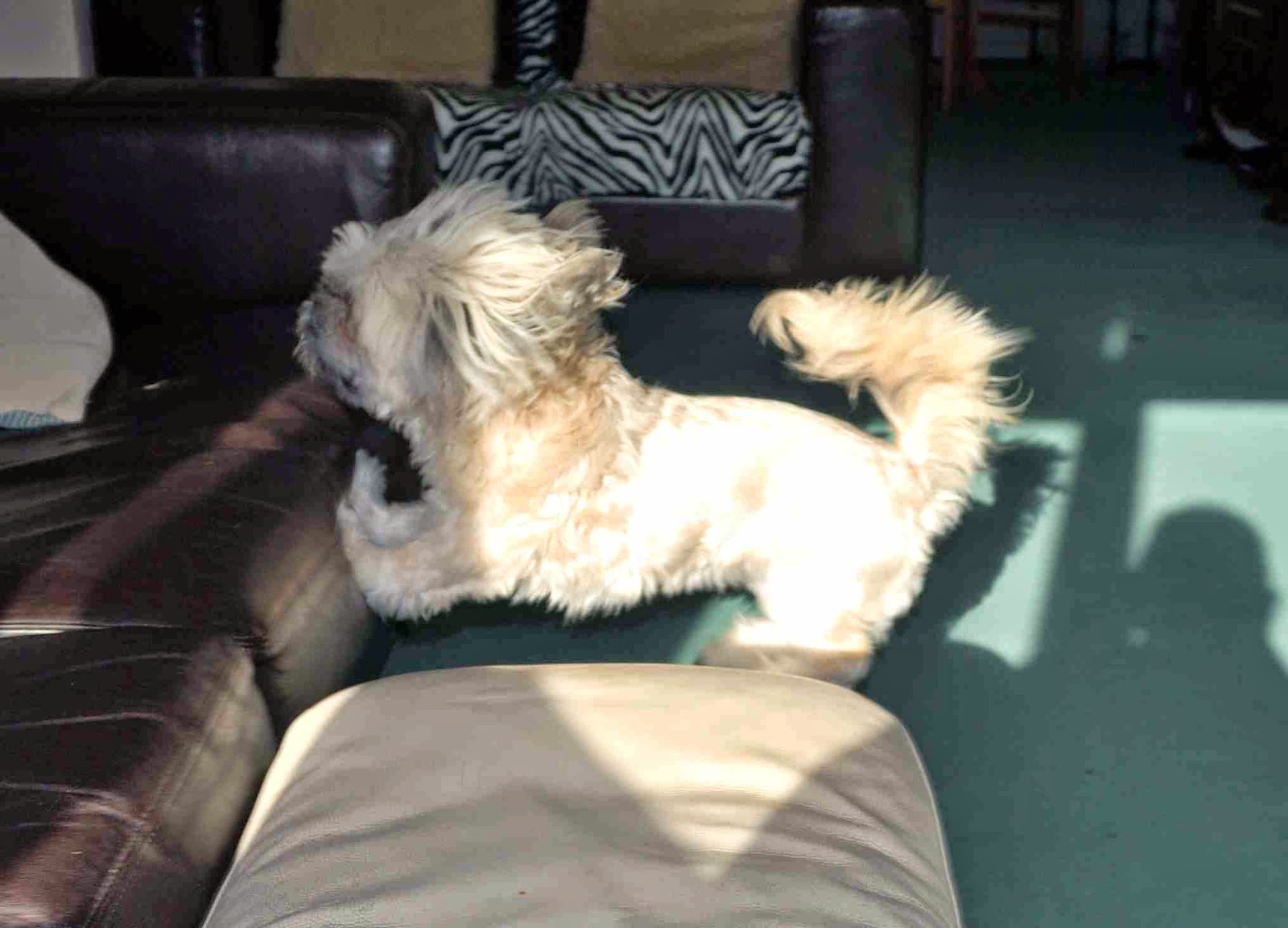 I've met one of the Daddies Mummy, the Daddymummy. I had no idea what was going on but River was making a lot of noise and I ran to see her jumping all over the place.

She's a pretty good jumper I can learn a thing or two from her, I must study here a little more closely than I have, me thinks she has hidden talents. 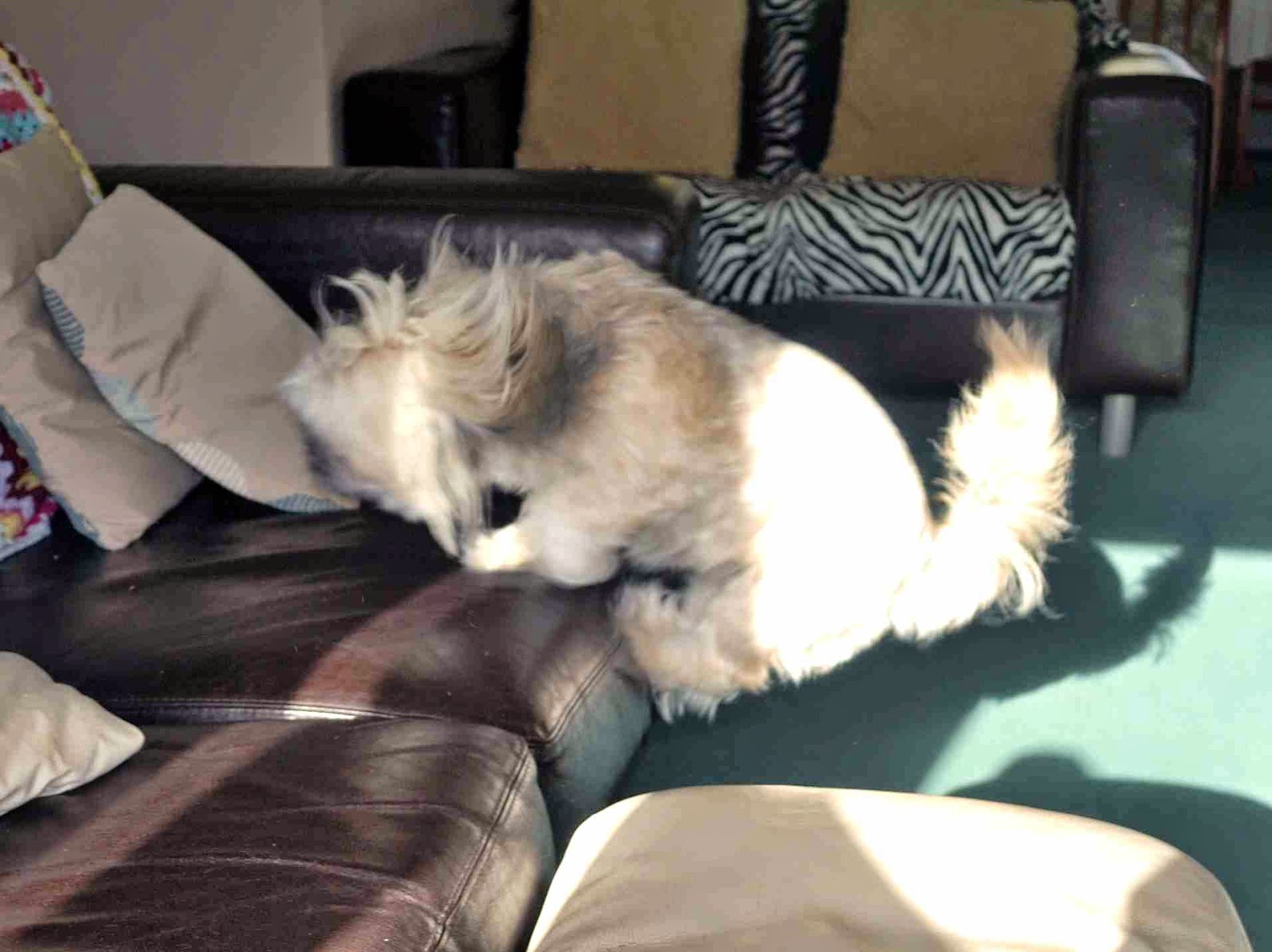 She was jumping up and down getting all very excited about the Daddymummy coming in. They must be very close as they hugged for ages. It was very nice to see. 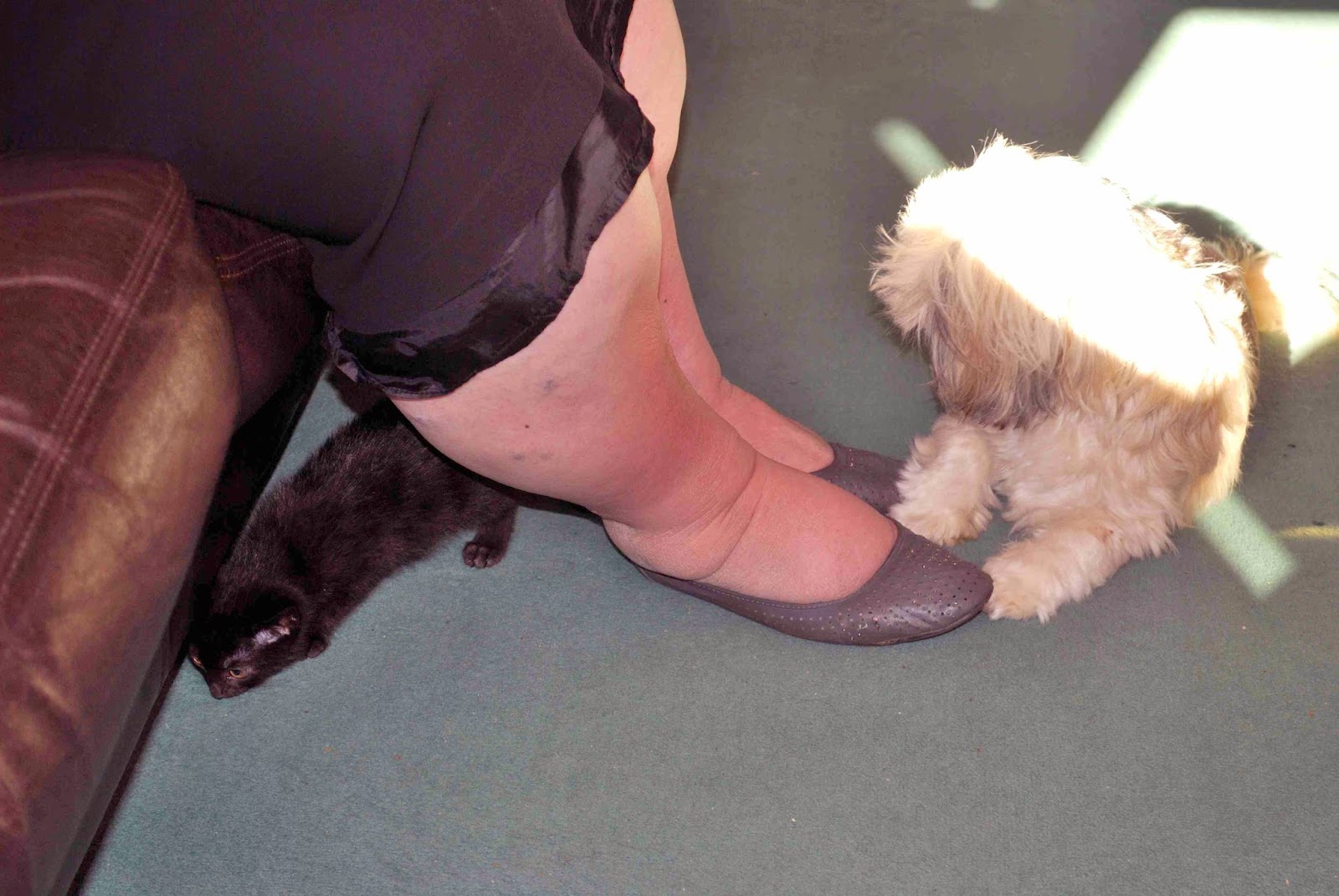 I was a bit cautious as first, I've noticed that I can be when meeting new people, although i felt instantly at easy with River and the Daddies. Strange that!

The Daddymummy brought River and me some presents. Mine was three balls with bells in them.

I've sounded out the space arrangements under the sofa and they fit perfectly. I'm sure one day I'm going to find that information very useful. 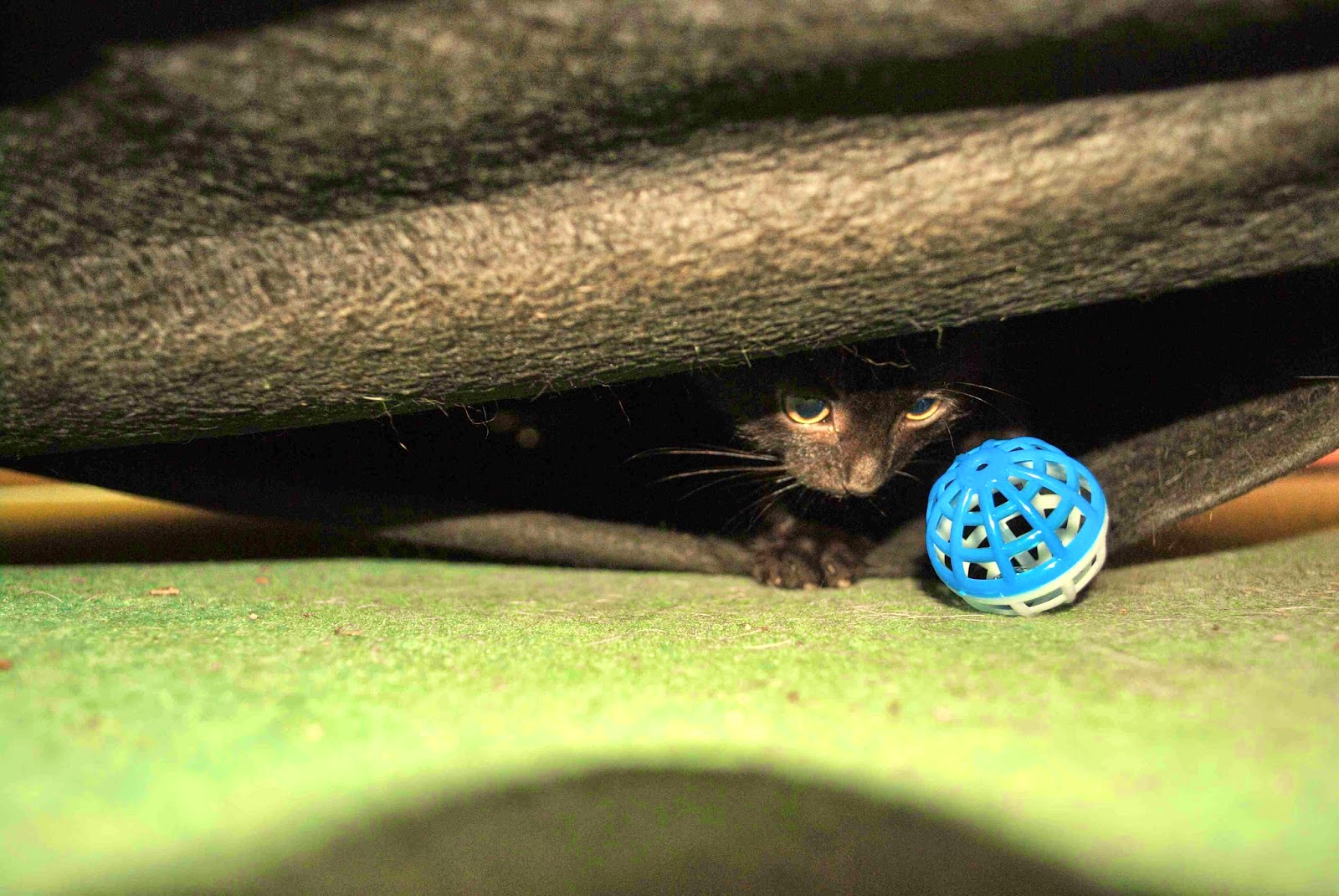 River, kept on trying to get me to come out and play with her and I eventually gave in. 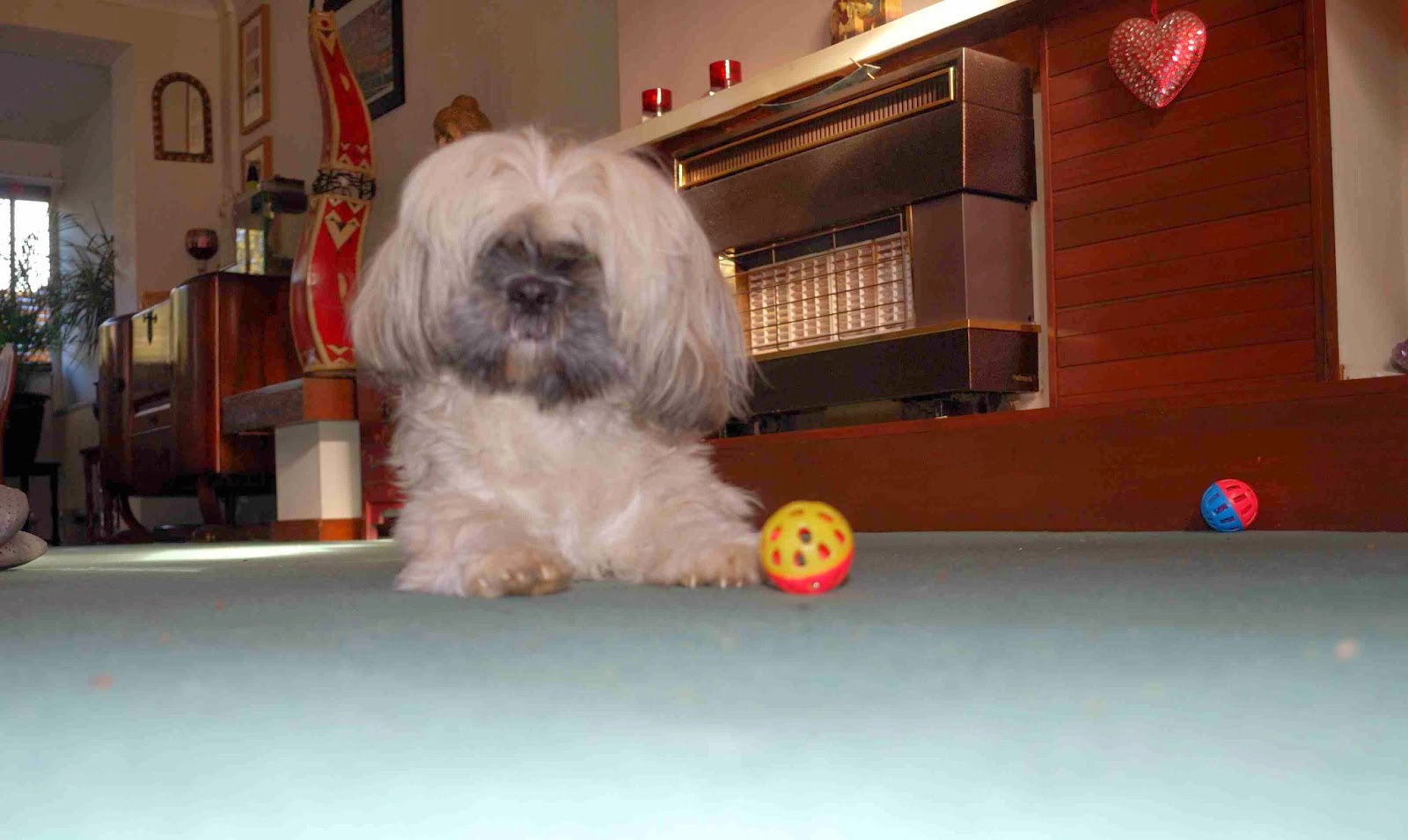 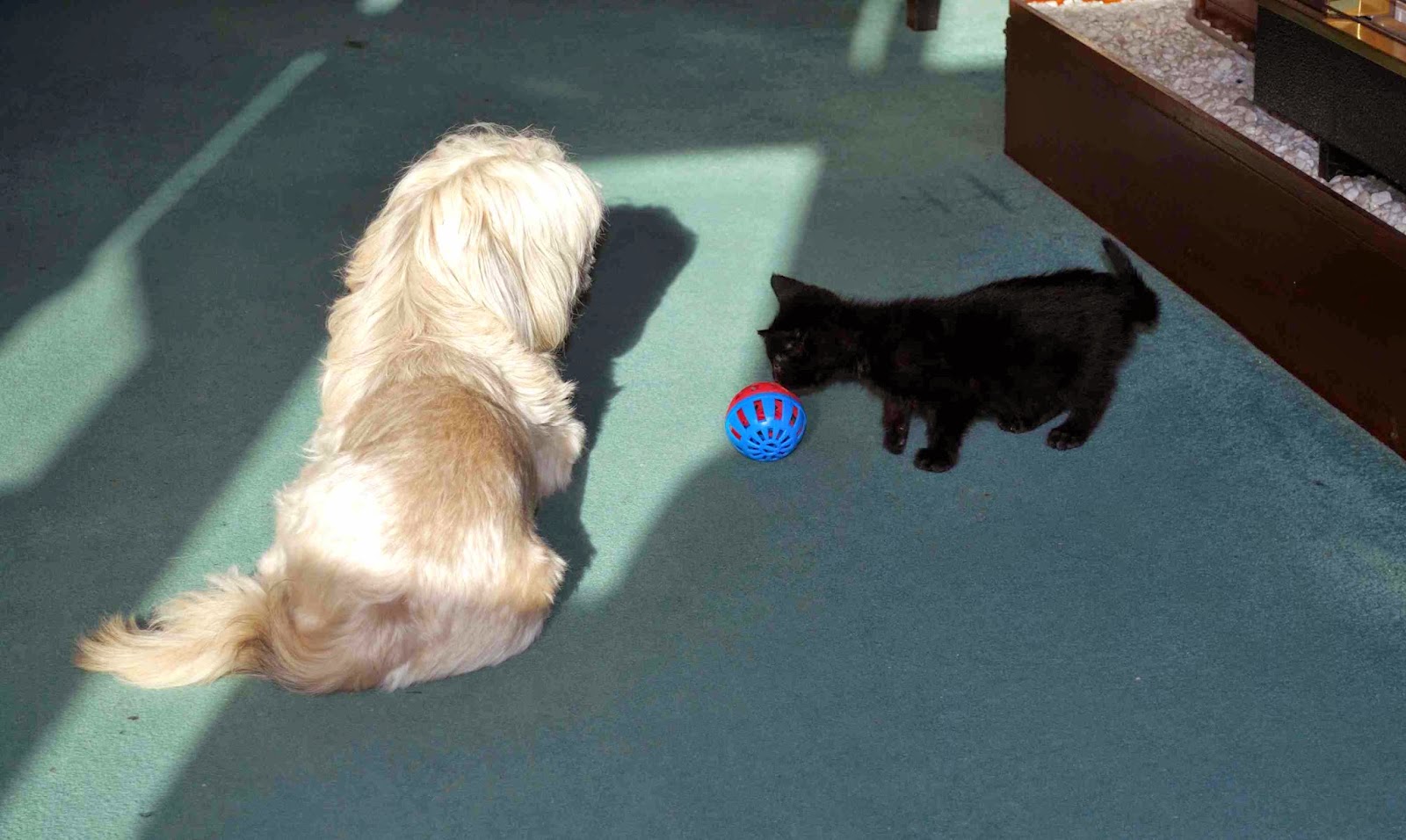 And we knocked them around the floor, making lots of noise and making the Daddies and the Daddymummy laugh a lot. 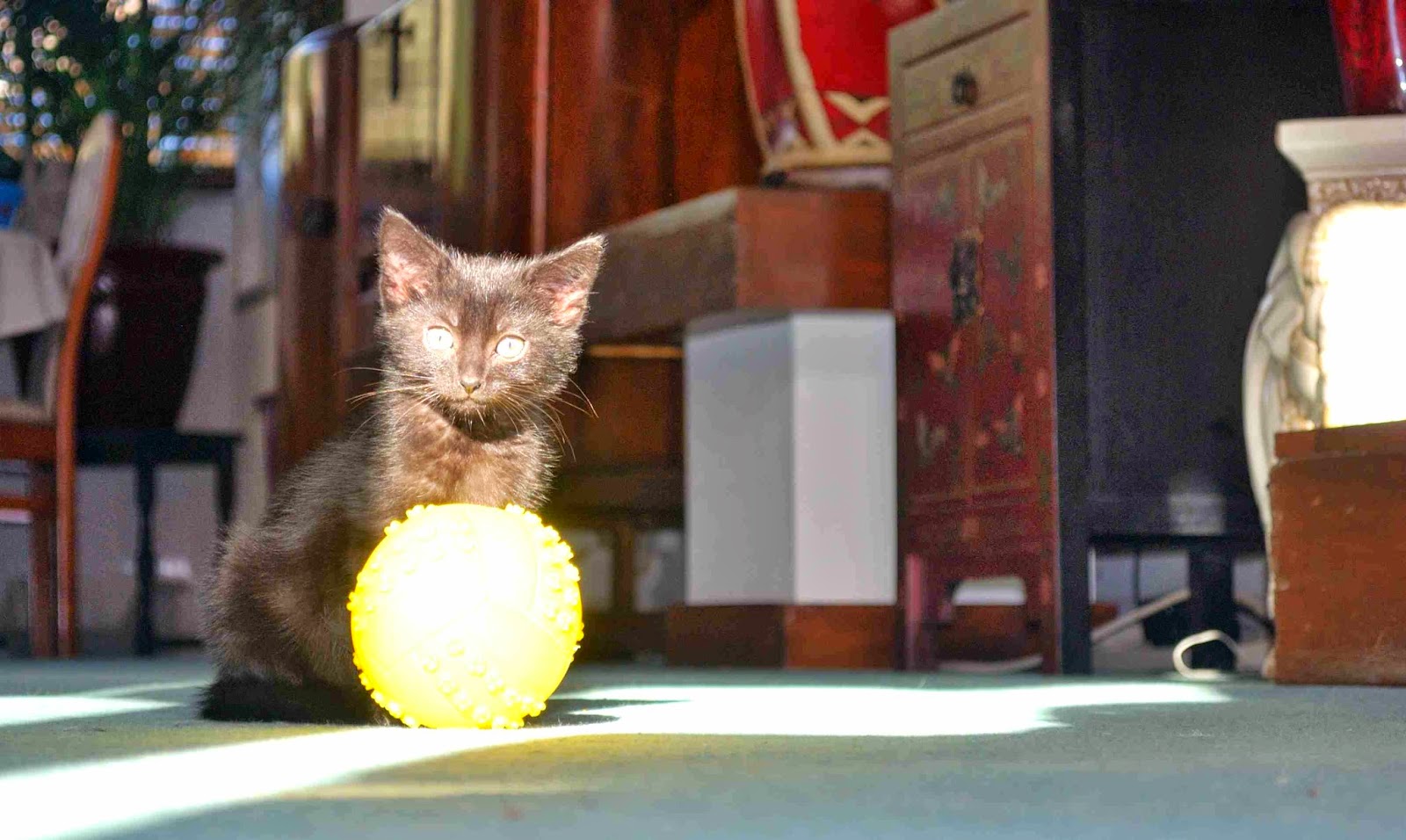 And then when I was feeling a bit braver around the Daddymummy I brought River's ball out and we played with that too. We share our toys around here!

OK enough time had gone by and I decided it was time for me to formally meet the Daddymummy. She's very good at laughing and giving rubs and strokes. Nice presents to. Yes she'll do! 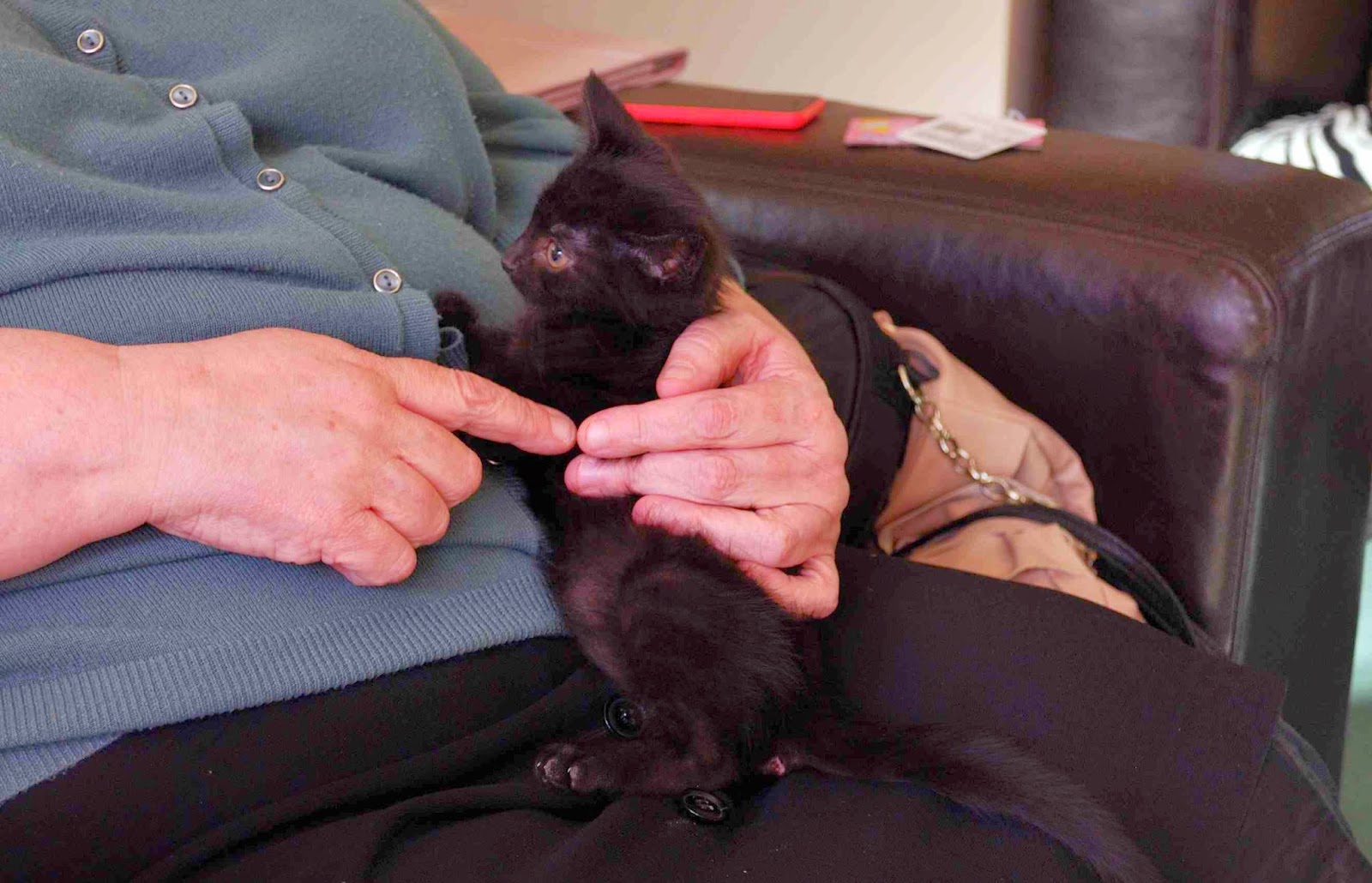 And then River insisted on us having a lay down together in the sun and hold hands. 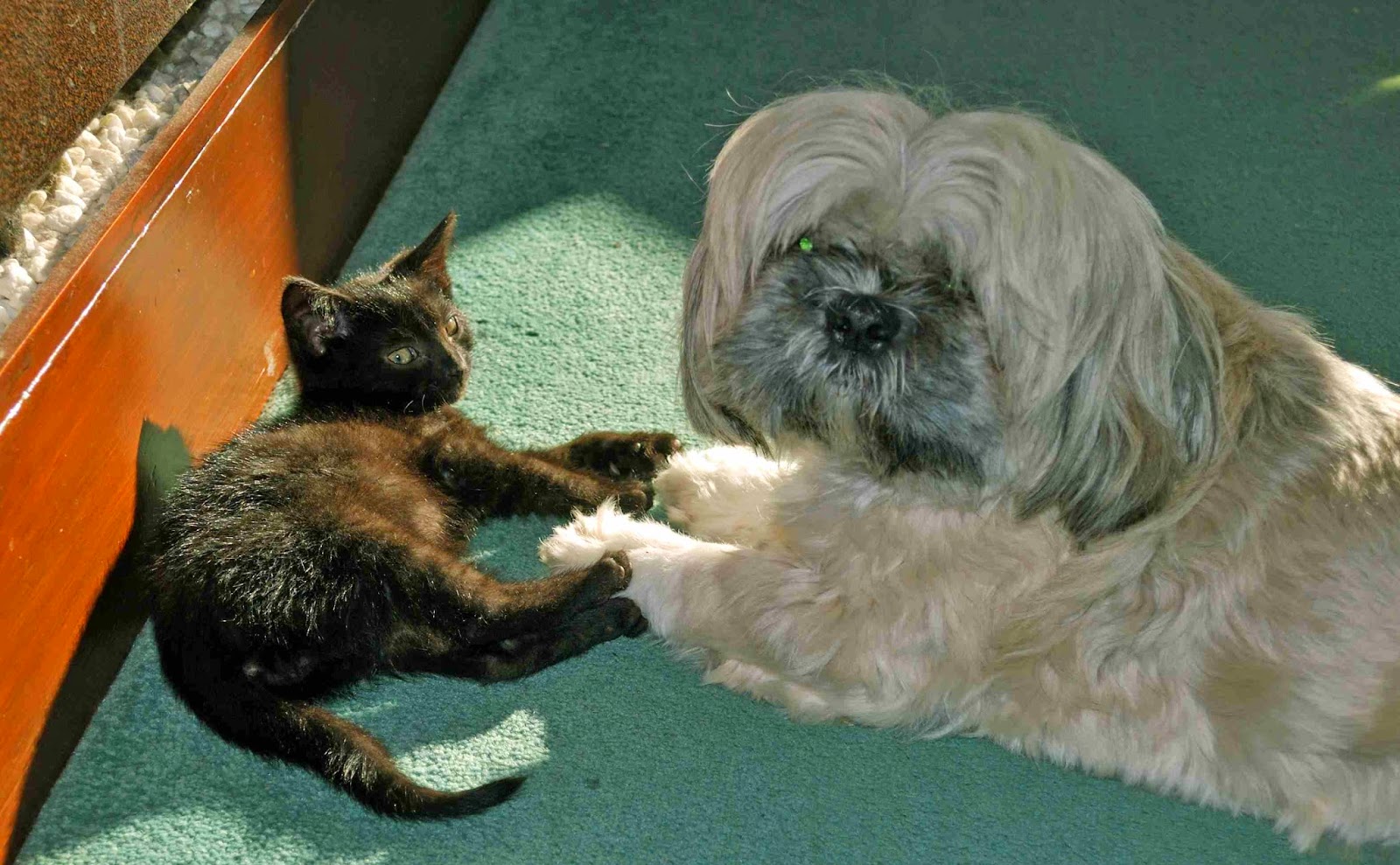 And I'm learning, I have to watch that one, just as I was settled and falling asleep she started tickling my feet and making me laugh. 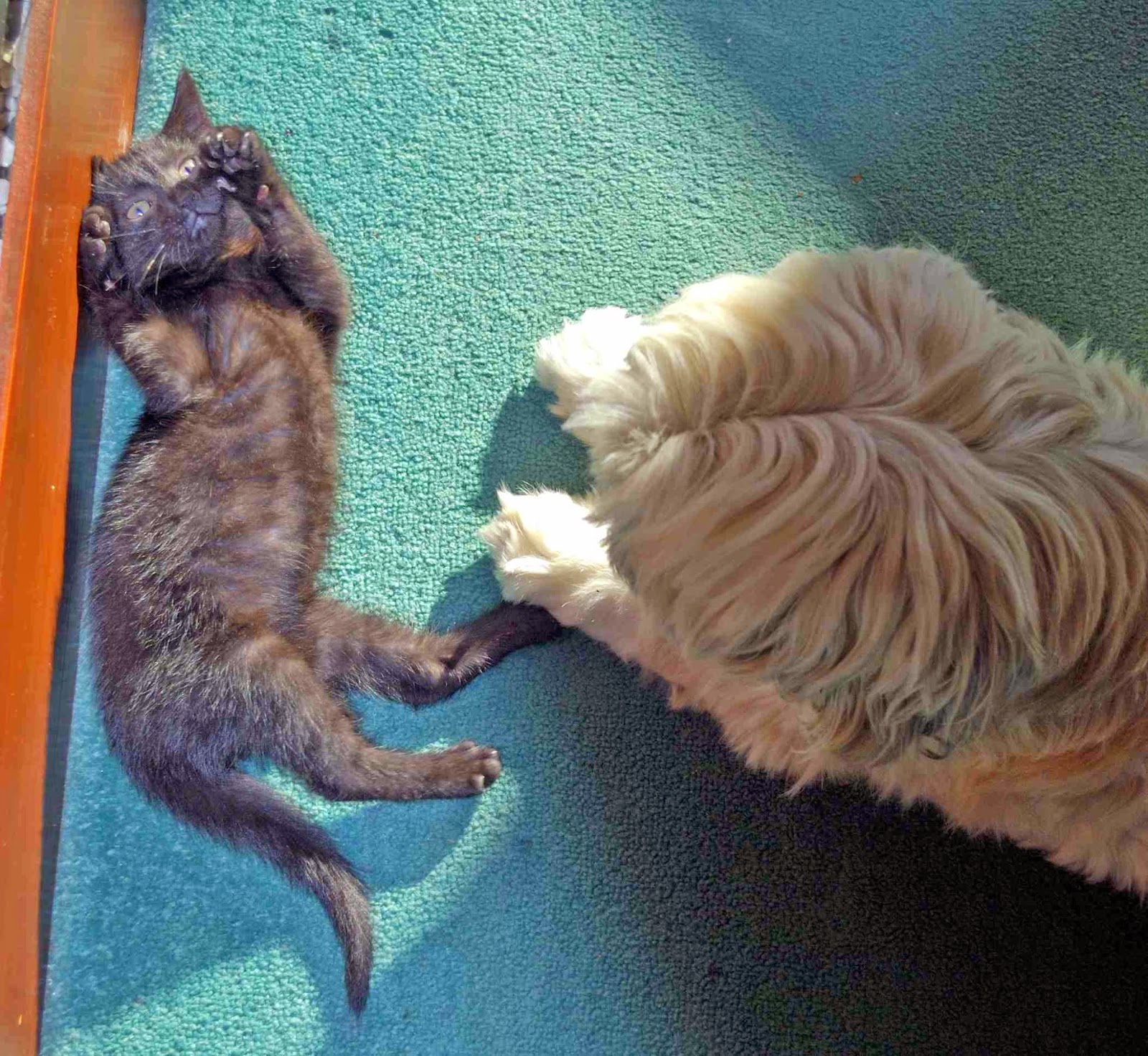 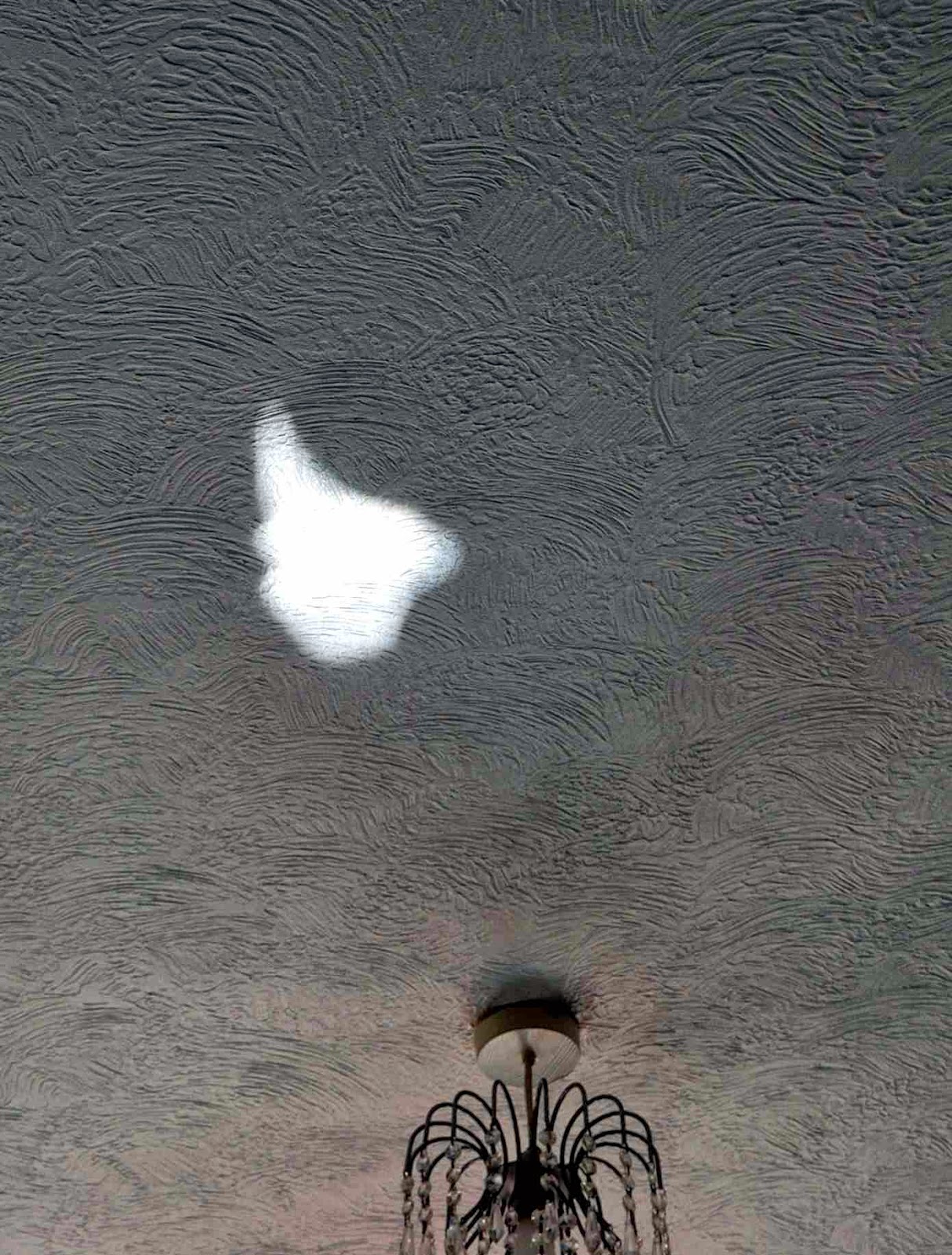 But then a very strange thing happened, a light appeared out of nowhere on the ceiling.


I was transfixed! Wow 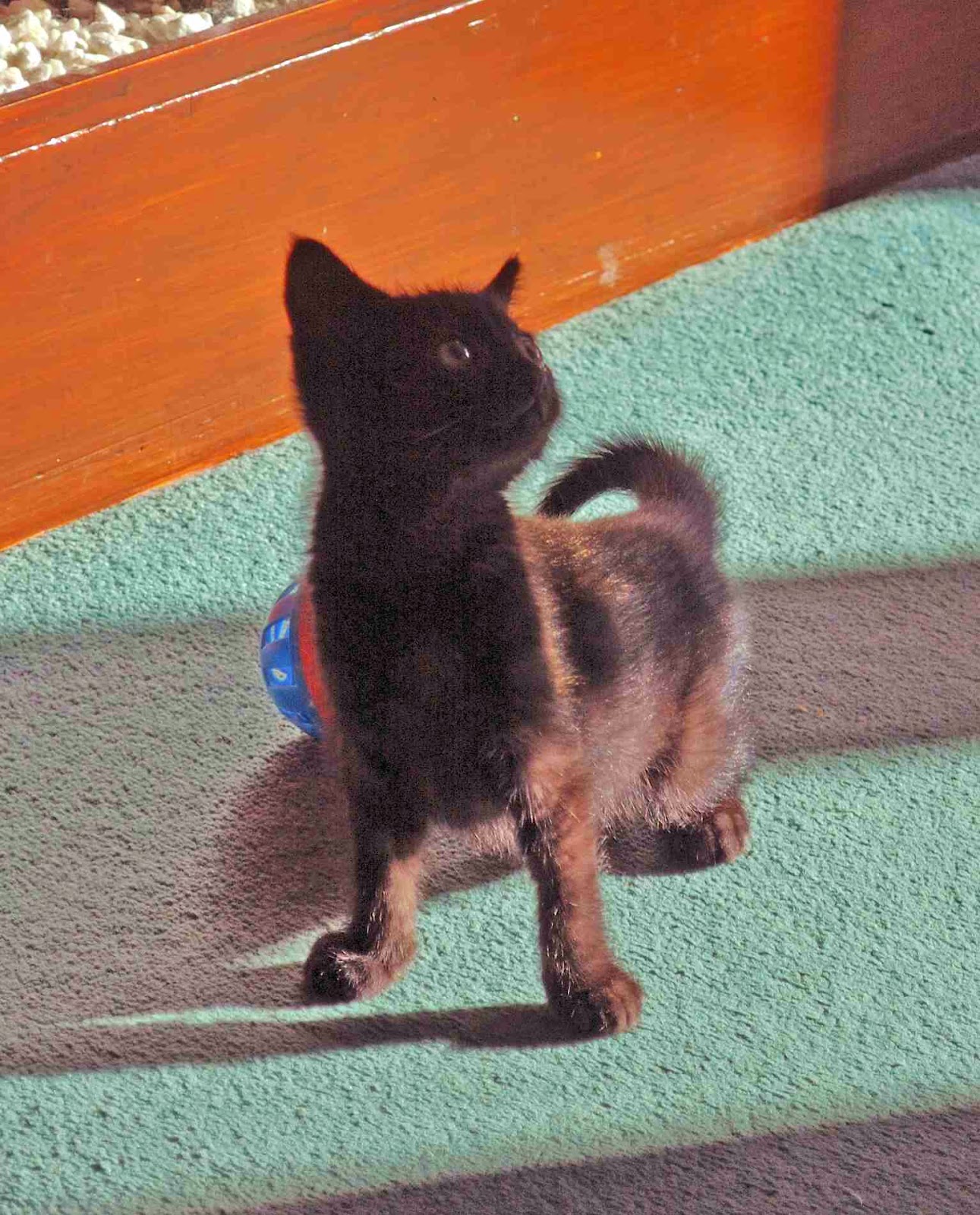 I chased it all around the room and I could hear the Daddies and Daddymummy making gasping sounds between laughs and then as quickly and mysteriously as it appeared it disappeared. I'm learning, there's more to this house than at first it seems! 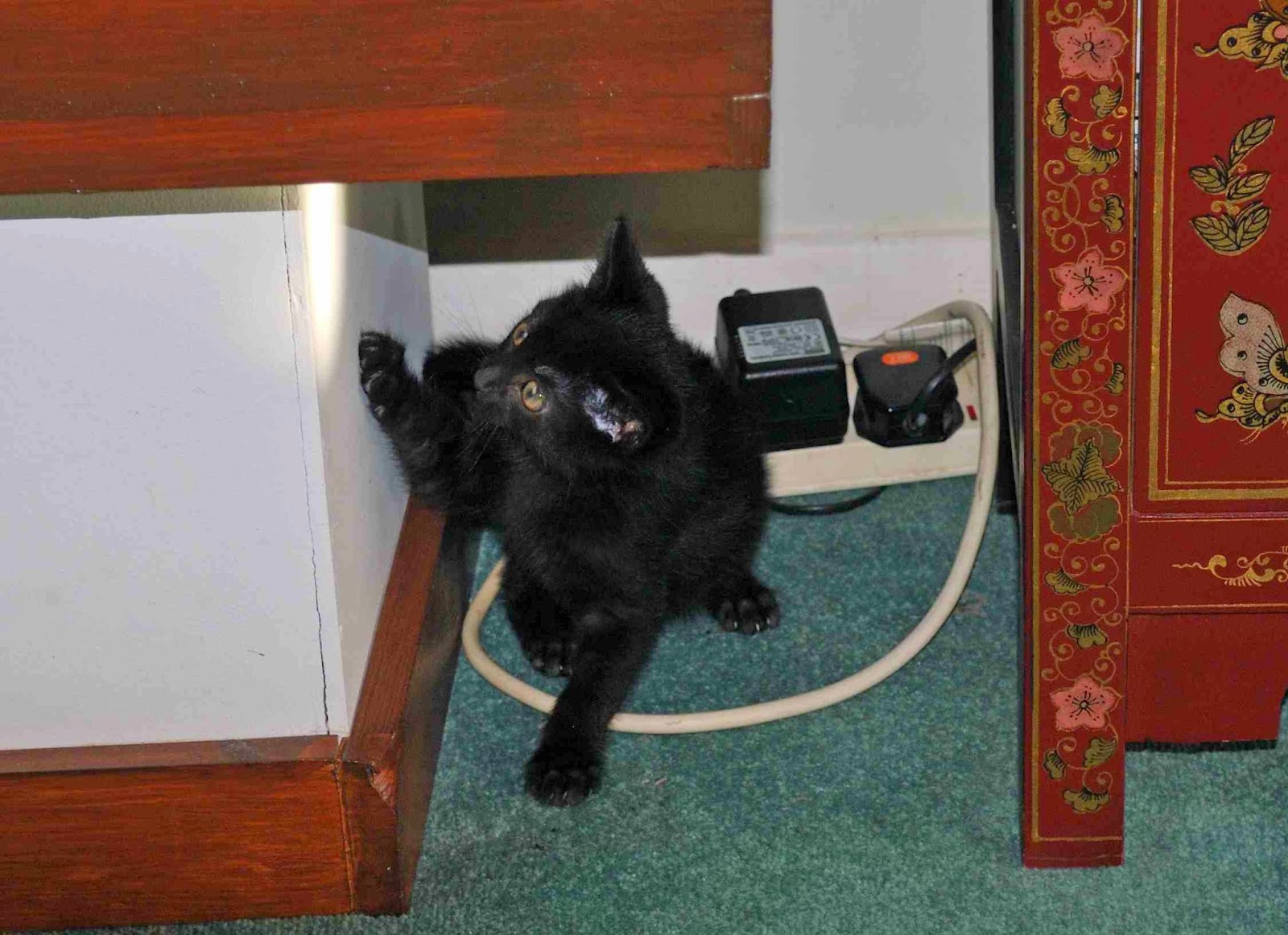 We then all settled down and watched a very interesting documentary with the called Cats & Dogs. 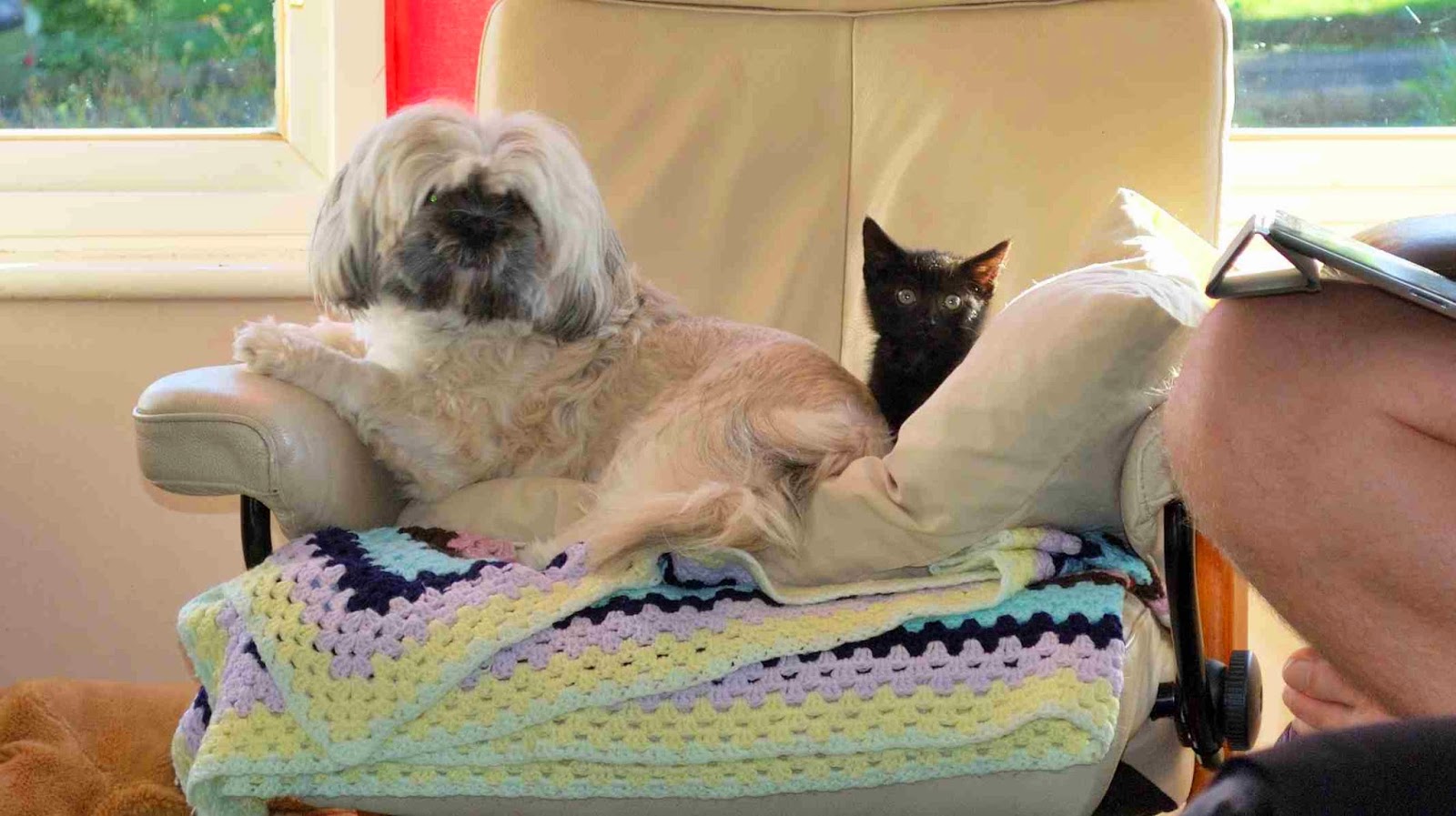 I don't know why the Daddies found it so funny. I'd hate to mix in that type of circle all that plotting and fighting by a very bad tempered but successful business puss named Mr Tinkles.


Mr Tinkles started out quite dapper but ended up a bit down on his luck. I must admit I wasn't too impressed with him either as he gave it away clearly us cats can speak human. 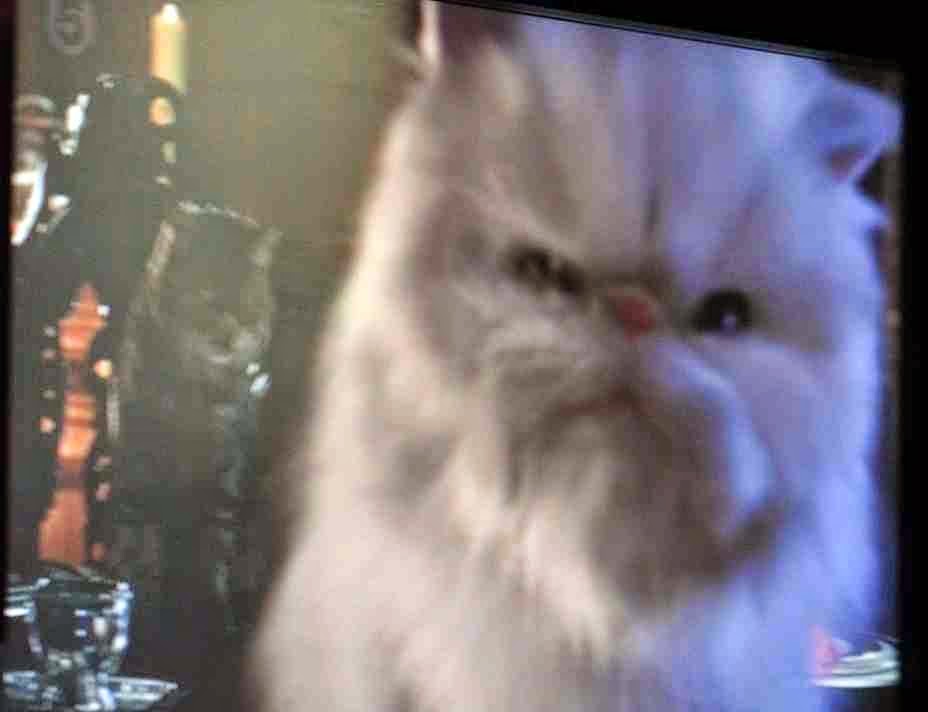 Cats and Dogs - Another Side
www.riverssong.net/2014/11/its-lovely-to-hold-hands.html