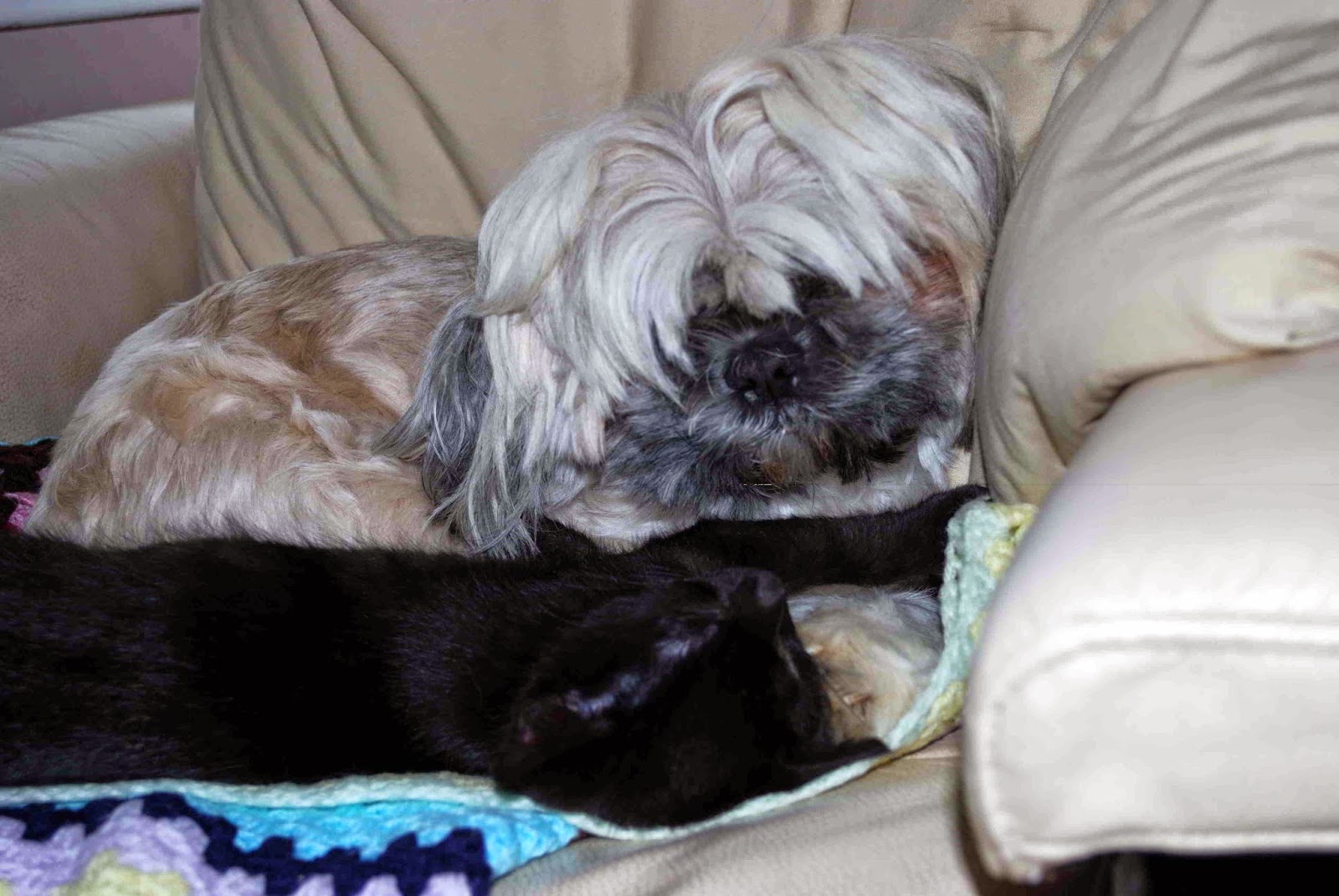 River's been so tired today that she's not really wanted to play with me. I don't mind though as it's meant lots of time spent cuddling up with each other on the chair watching the Daddies do there thing as the rain pours down outside.

We did both find the energy to go and fill up when Daddy called out that it was dinnertime. Well I say we both found the energy, River was out of the starting trap and I kind of got caught up in the frenzy of the moment running around not sure why until I smelt STEAK.
Enough said! 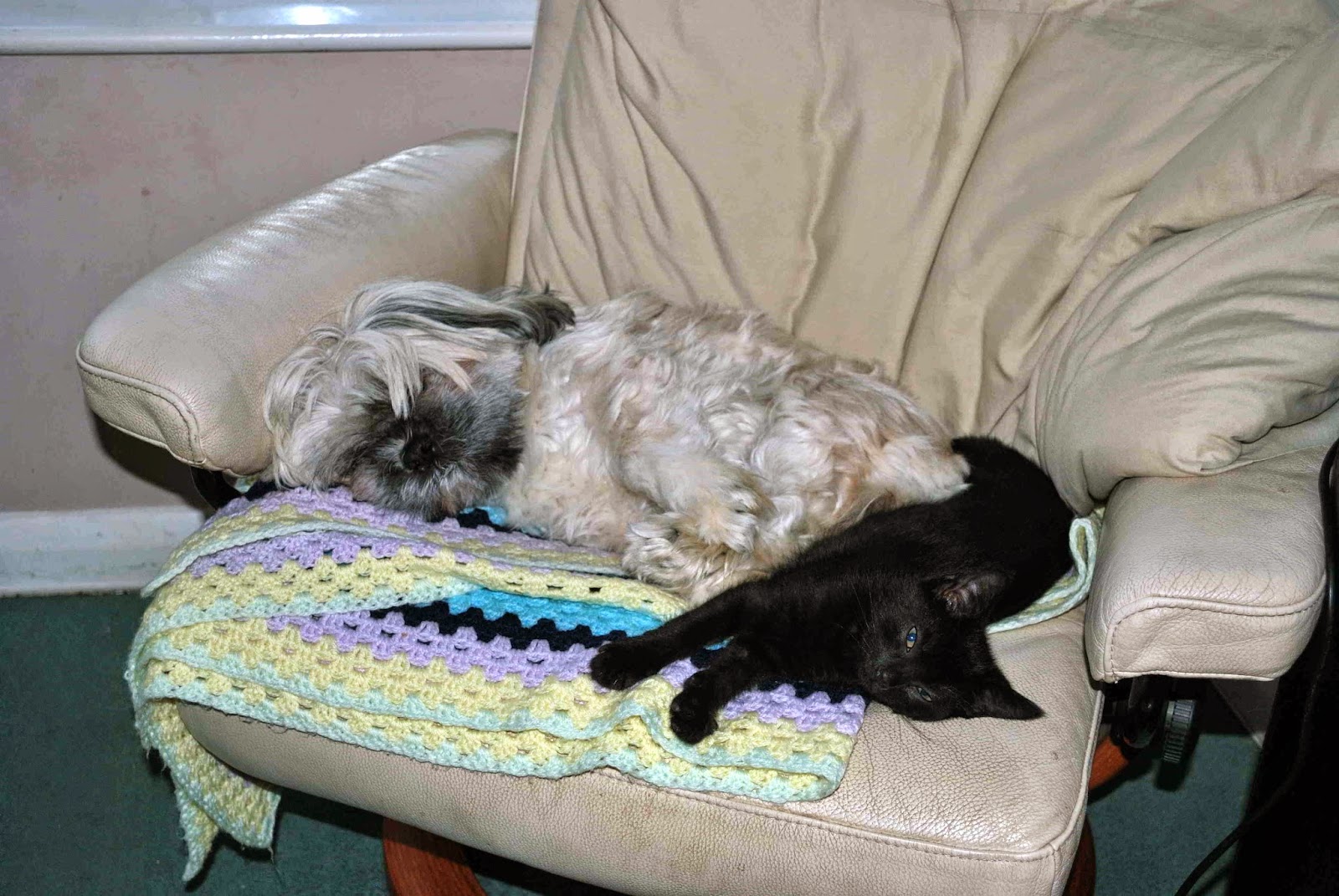 Cats and Dogs - Another Side
www.riverssong.net/2014/11/yummy.html