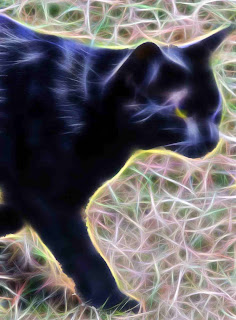 It was dark in the forest but alive with the sound of the night creatures, the only light that of the fire, the witch, Purlean and Bob were sat around. Bob was snoring, Purlean had a blank look on her face, the witch was picking some meat from a bone she'd just taken off the fire, what the meat was, and where she had obtained it from I had not a clue?

"Would you like me to repeat the question?" Purlean looked at the witch square off her tone not changing.

The witch crouched forward and smiled.

"That won't be necessary, I have perfect hearing, remember that my little familiar it might just save your neck one day." The witch shrugged;

"I killed him because he was a threat and anything that is a threat to me I will eliminate without hesitation, remember that too, one day you'll have a moment of hesitation about your loyalty to me and you will try t kill me, but I promise you it won't be me going down!"

Purlean's pose so strong, a look of don't know what on her face, she was heard to read, betraying no emotion in her voice.

"If you believe one day I am going to kill you why don't you just kill me now?"

"Because YOU choose to be here even after you've seen what I will do that's why."

I turned to The Fly munching of a piece of a red flower stem he'd picked up. He was more intent on cleaning his dinner than paying attention to what was going on.

He answered without looking up, "I've seen this hundreds of times and I always have something to eat at this point, we've a long journey ahead of us and you'll need to built up some energy. Take rest while you can, just relax and observe.

"I enjoy the suspense." The witch was speaking again and drew my attention back to the campfire.

"Of not knowing when it's coming, for I am a witch and a witch born out of violence at that! And YOU are a familiar, the first familiar born out of kindness. This could be an interesting experiment for you was created for a reason."

The witch lent close in to Purlean, who remained statue still;

The witch smiled, "Clever little girl, you're learning, there's a reason for everything I do, everything!"

Purlean stood, stretched out the day from her tip, down her back arched to the stars and out her hind legs and tail.

Purlean nodded at the witch as she curled up on a pile of old leaves fallen from the trees above. The witch grinned back.

"Here have some of these." At exactly the same moment a thousand flies silently lifted about a foot above hundred and bushes around us and dropped a glowing white and purple fluffy dandelion head straight down.

I caught the head as The Fly smiled,

"I told you I always eat this time, why break the habit of a lifetime? Come on eat up they really are delicious and we're going to jumping a little bit of a time and need a time boast. The purple bit is the real magic. That's right just pop it all in. Here we go!" 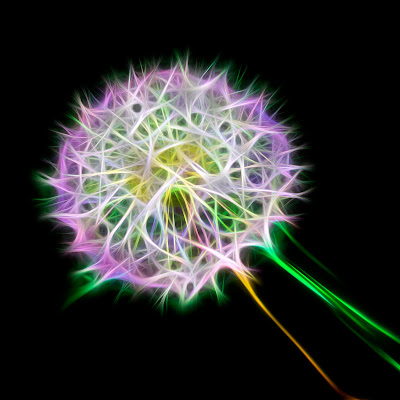