This Isn't The First Time A Curse Has Come To Catworld

"George! GEORGE!" I could see George playing claw the tree over the road.

"George!" I called "I really need your help." 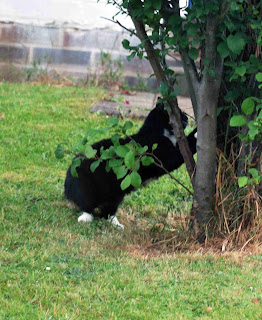 I'd been up half the night worrying about what Greego had said to me in my dream, trying to figure it all out. I mean communication through dreams I'd heard of before but I thought it meant you had an obscure dream and it meant it was your subconscious speaking to you, not this.

"Hey David." He called back over. "Everything OK?"

"No, no it's not, "George started walking my way. Luckily everyone apart from Daddy was still in bed and the windows out the front were wide open, something that can't happen if River's awake, she a runner you see and would be out the window and down the road the second she noticed an escape route, she so loves exploring, totally unaware of the dangers out there.

When George arrived I explained as best as I could remember everything that had happened.

"I warned you about getting involved with a Pixie." He gave me a weak smile.

He had warned me, it was true but what was I to do, I'd already bargained and now I was in too deep over my head.

"What are we to do?" I begged, George's face was telling, he believed everything I'd said.

"I'm going to go and speak to Mogsie about this and come back." George was looking very serious.

"You believe me?" I was scared and relieved at the same time, at least I wasn't loosing my head.

"Oh yes, yes I believe you alright." George wiped a bit of stuff from his weepy eye. "This isn't the first time a curse has come to Catworld, although we hoped the last time was the last time." He suddenly looked very, very sad.

"Curses are dangerous things and the last time we fought a curse, we won but it brought some terrible consequences with it. I really need to speak to Mogsie. Let me go now and I'll come back as soon as I can."

I think he could see the worry in my face.

"Try not to worry little one, we did after all beat it and of course we're more experienced now than we were before and..." he looked directly at me, "and this time we have more than one witches familiar on our side."

With that he was off running across the road leaving those words ringing in my ear, and this time we have more than one witches familiar on our side! 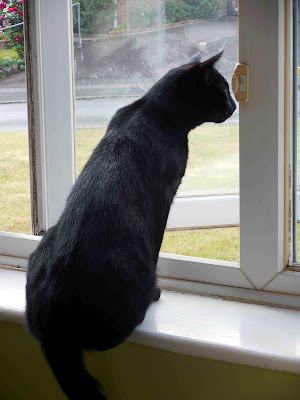