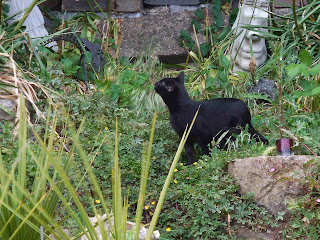 I needed some answers and I needed them fast, my mind  was in overdrive getting no where fast so I decided the best thing I could do was go to the source of all wisdom, The Wiseman!

Up the garden I went, River following to see what I was doing, keeping a respectful distance so I wouldn't be disturbed, she can be a wise little thing sometimes, still surprises me on occasion.

"Wiseman." I called "Wiseman are you there?"

A few seconds of silence and I heard him in my head.

I was so grateful and a wave of relief spread through me and I relaxed a little. He seemed like my best chance of trying to make sense of what Mogsie had said to me, I didn't understand all this coven business, I was finding out there's so much more to this life malarkey that I first thought.

"Wiseman, I'm so glad you are here, I need your help."

"Ahhh, so you come to see yourself." As before his lips unmoving.

"Wiseman I really need your help, Greego has been struck down by a sleeping curse, he came and told me in my dream, he's been asleep for ages and then I told George and he told Mogsie and then he came and told me that the only way that I could help break the curse was to form a Coven of 3 witches familiars and that he'd been trying to stop us doing that since I moved here and that there's 2 other witches familiars that live in Catworld and he was told all this by a friend of his called Troy and this was all my destiny."

The words tumbled out thick and fast, I didn't pause for breath.

I looked him straight in his face, waiting for the slightest movement, I still wasn't sure how he managed to communicate without moving his lips.

A minute or so passed.

"You know what to do little cat, little David-Shiro, you just have to look within, now settle yourself and feel the answer."

Oh how I wished he would just tell me but I'd been here before and knew it wasn't to be that way. I settled myself down, doing my best to remain calm and started to concentrate on my breathing, I'd heard somewhere that helps, Daddy said it's something called meditation although to me it was just being calm.

I closed my eyes and listened to my breathing, slower and slower, faint in the distance, a thought an image, I was searching for something, a voice, an answer, to listen I needed to almost not listen, not think just be and get what I got, this meditation thing is harder than it looks but I guess it's just practise. Yes everything gets easier with practise. 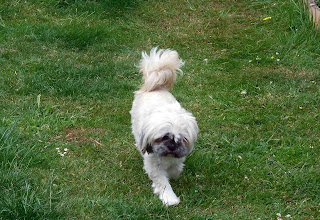 Then all of a sudden an image, yes there, now gone, too much concentration, stand back from my thoughts and don't try to make them happen, just feel, just sense. Yes there I could see it clearer now that I wasn't looking for it, the sound of water, a trickle, a leaf, I was on a leaf, a leaf that floated bobbing in the stream. Water I was on a leaf on water, looking down I couldn't see myself, I was the leaf, bobbing gently down a stream, but hang on the water was flowing one way and I was going another, I wasn't going down the stream I was going up it.

This was strange, don't think, just see and feel, there the end, the end of the stream was in sight, things getting slower, moving almost not at all. Where was I? The beginning of the stream, I was at the beginning where it sprung from no where out of the ground. Then gone, nothing.

I tired again to see if I could get back to my vision but it was gone. I turned to The Wiseman.

"I was a leaf and I was on a stream but I wasn't going with the flow of the stream I was going the other way but I didn't feel any resistance, it was like I was somehow right on top of the water heading to where it came out of the ground. What does it mean Wiseman, how can that help me?"

The Wiseman smiled in my mind, a smile of warmth and love and comfort.

"Ahh, so now you have your answer my little friend."

I didn't know what he meant I didn't feel like I had any sort of an answer, not one that I could understand.

"But I don't know what it means Wiseman." I could have cried with frustration and confusion.

"So you went to the beginning of the stream did you?"

"Yes, Yes I did." For a moment I thought he was going to tell me what I needed to do.

"So you returned to the source!"

"Yes that's right, the source, I went to the source of the stream."

"So now I guess you have your answer little David-Shiro, lil cat."

I was waiting for more but it didn't come, The Wiseman remained silent, smiling in my mind.

"So I need to go to the source?" It was slowly dawning on me. "I need to find The Source?"

"If that's what you told yourself, what you found then that's your answer. Now I have a question for you little cat. What is the source?"

"The source of what?" Oh this was so confusing.

"What is the source? The source is the beginning, a perfect place to start."

"Well if I were you I'd go to the source of this information."

"What Mogsie!" This was like having a conversation with Greego, all riddles.

"He said he wouldn't tell me how to form the Coven of 3!" I stamped my foot, a little petulant I know but it had been a trying afternoon.

"That's right, he said you had to find your way, but that wasn't all he said to you was it?"

I stopped and thought for a moment replaying out conversation in my memory and then something stabbed me in my mind a slow possible realisation.

"He said he'd learnt about the Coven of 3 from conversations with a friend of his. Do you mean I should go back to Mogsie," Yes this was it it felt right, it felt like I was on the right track. "and ask him what else he knows?"

The Wiseman smiled in my mind, and my lips followed.

"Well Mogsie was the source of this information!"

Yes that was it, I knew it now, I had to go to Mogsie and find out everything he knew about the original Coven of 3 that his friend Troy had talked to him about. Yes that's it, back to the source, back to the beginning! 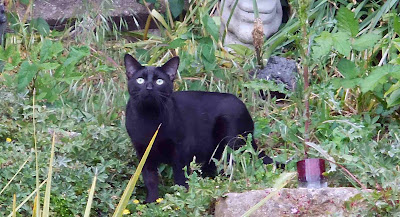