A Work Of Genius 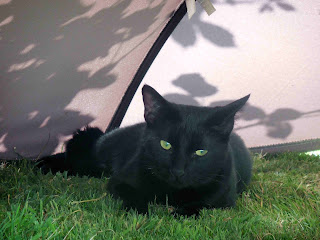 River's on a right one today. There I was trying my best to keep cool, it's boiling today, when the Daddies decided, in the hottest part of the day to start re-potting plants and digging and things. 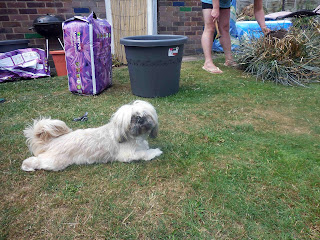 I thought them a little mad to start it at that time of the day but there's no advising them. Of course River decided that she was going to get herself involved. I say involved, she seemed to spent most of the time playing with a snail that Daddy found in the pot and trailing dirt all over the place. 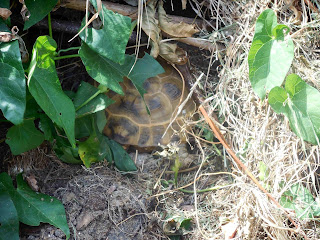 Not done yet, it was Nadia's turn for the special treatment, as much as River knocked her with her nose to get her to play she was determined to stay exactly where she was and dug herself in further.
The icing on the cake though, in her bag of tricks, was to run up behind Daddy as he cooked himself in the sun, tickle his back with her tail and run away. OK this one was a work of genius, he was convinced he was being plagued by the multitude of flies that have decided to come out today.

What on earth would I do without her? Such amusement! 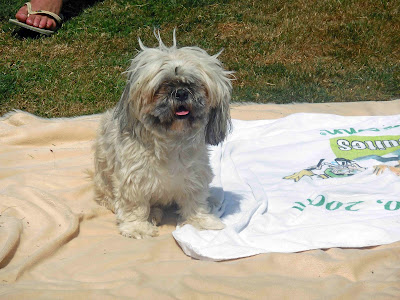 Cats and Dogs - Another Side
www.riverssong.net/2015/07/i-played-little-trick.html