Give Me Strength, What A Hullabaloo! 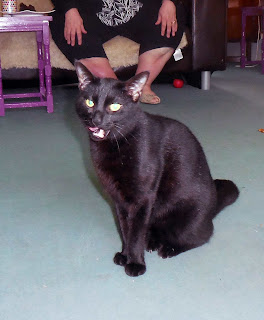 Well we've had fun and games here tonight. Daddies mummy and daddy have come for a visit, so far so good. The problems began during dinner when River decided she'd quiet like some of theirs.

She had of course already eaten about half a chicken but with such exotic smells coming from the table she couldn't resist jumping up or attempting to jump up to have a look.

Of course in her excitement she didn't take care and what everyone at first thought landed a bit awkward as off she went limping up to Daddy sitting eating int he window at the other end of the room.

Cuddles and concerned words danced around from everyone fussing over her with lots of oohs and ahhs and are you ok darling?

After about half and hour of this Daddy lay on the floor with her and started massaging her paw before exclaiming he had an explanation for the injury and ran off to the back of the room and into River's draw, coming back with the nail clippers.

Apparently as she landed somehow she's managed to get one of her fingers clicked over another, all the fault of those talons of hers that she refuses to have cut. She's beat 4 separate vets you know, she may be small but boy can she be tough when she doesn't want something doing.

Well one of out daddies held her while the other clipped away. Of course a struggle ensued but they did manage to get one paw clipped before River retreated to the sofa and the safety of nanny and Daddy.

Give me strength, what a hullabaloo! 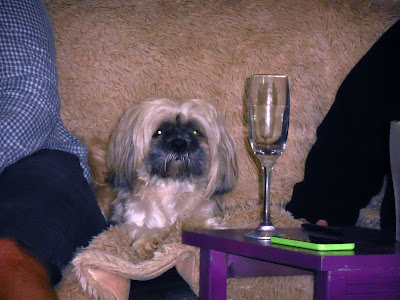 Cats and Dogs - Another Side
www.riverssong.net/2016/06/and-we-all-struggled-for-while.html