I've spent the past couple of days trying to find Theo I need to tell him what I remembered about Purlean and my time in the Time Consciousness but he's nowhere to be seen. The message was received from the universe very clearly and now I know that without fail I must reform the Coven of 3 as quickly as I can. I can't believe so much time has been wasted in folly.

I put a message out to George when I saw him earlier to ask him if he or Mogsie knew where he was. He said no he hadn't but he would ask Mogsie he saw him.

Well Mogsie has just popped over, he said he hadn't seen Theo but asked what the urgency was. Of course I told him that's when he looked at me with a serious eye.

"You've got an even bigger problem that you think."

I looked at him confused.

"You know I put Doublay in hiding?"

"GONE!" I almost shouted at him.

"Yes, but it's OK, a message sent by Doublay has reached me, we have a special code word so I know it was certainly from him. he's OK but he said he's not coming back anytime soon."

"But he must come back." I was crestfallen. "I need three black cats for a Coven of 3 and now there's only me."

"And, Theo." Mogsie jumped in.

Mogsie smiled, "Exactly, yet! That story is not done!"

I nodded, "Do you know any other black cats?"

Mogsie shook his head, "No, not from around here, but don't give up on Doublay yet, my plan to deal with Foxy Lectar and The New Cat Crew is nearly complete, when word gets out I'm sure Doublay will return, the Sparrow Sisters can't help but have a good gossip, it'll get back to him. You just concern yourself with persuading Theo. Do what you can and don't worry about what you can't. Let me deal with that."

I guess I've got not much choice. 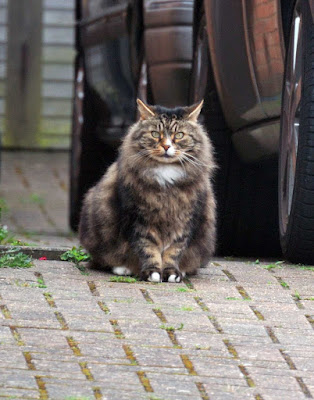