Is There A Double Agent In Our Midst? 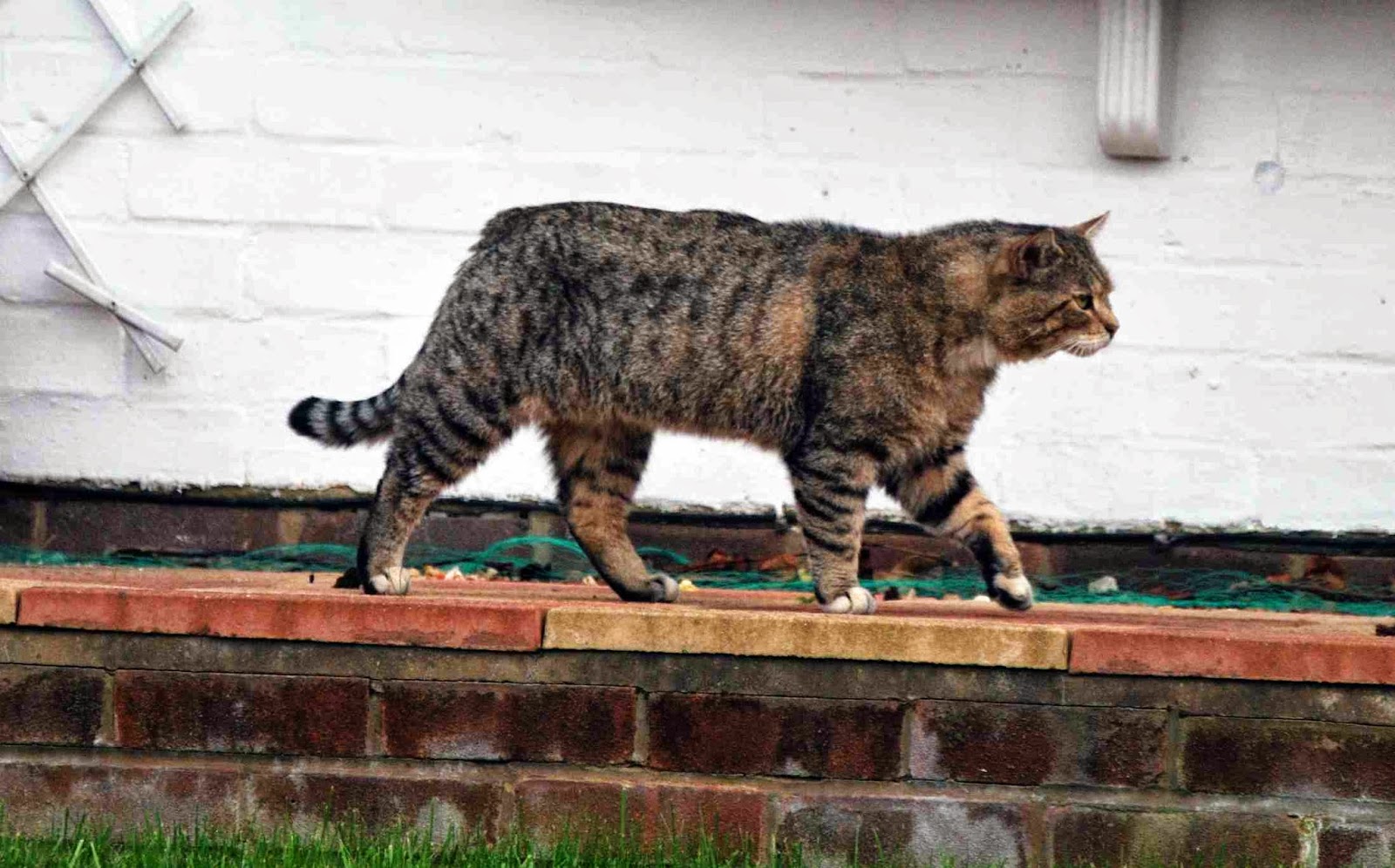 Is there a double agent in our midst? This is the question I'm asking myself after what I've just witnessed. 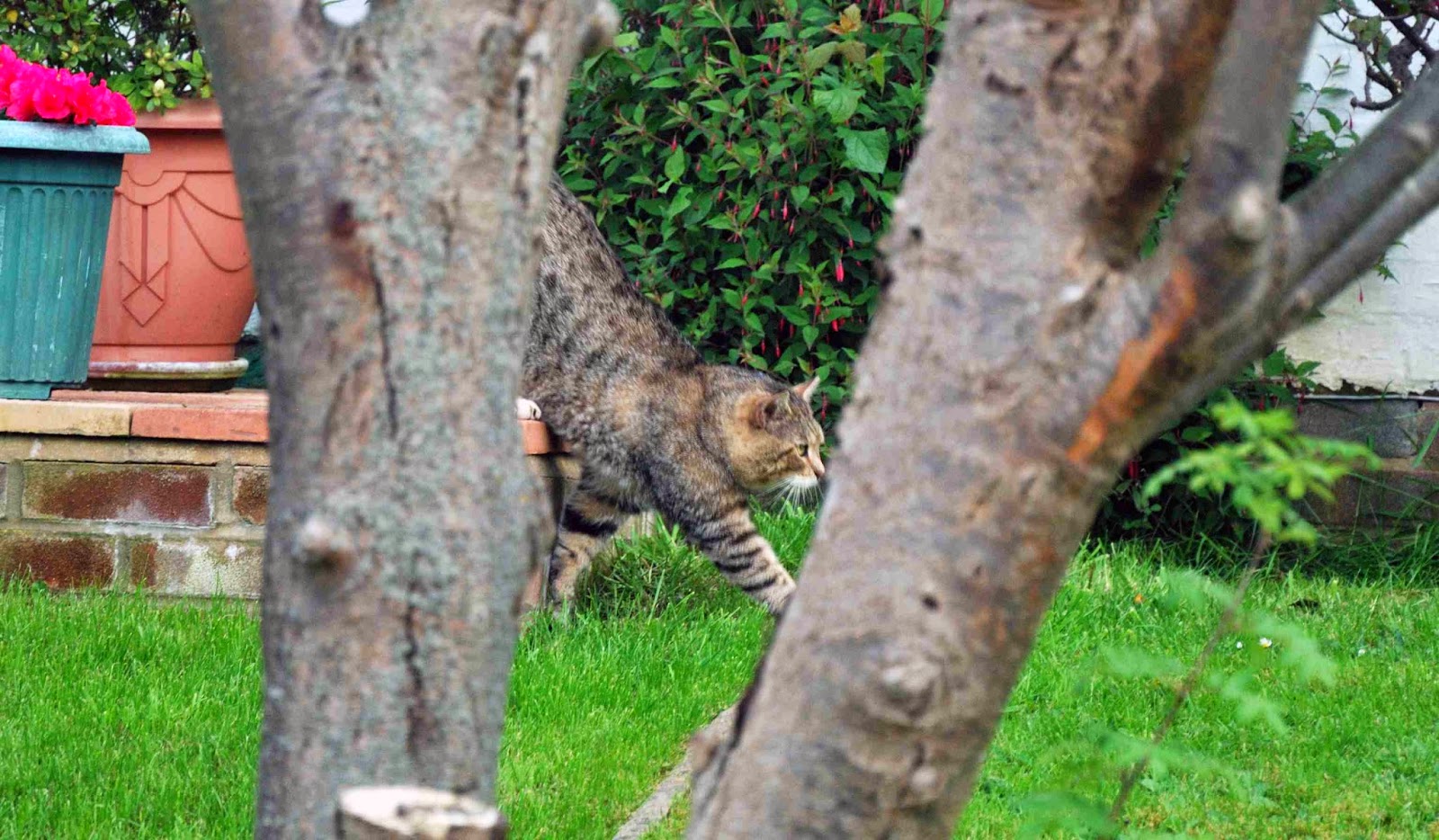 I was up in the front window when over from Tiny's house I spotted a slightly larger Tiger. He slinked down, trying to hide himself and headed towards Sarah sitting outside waiting for her tea. 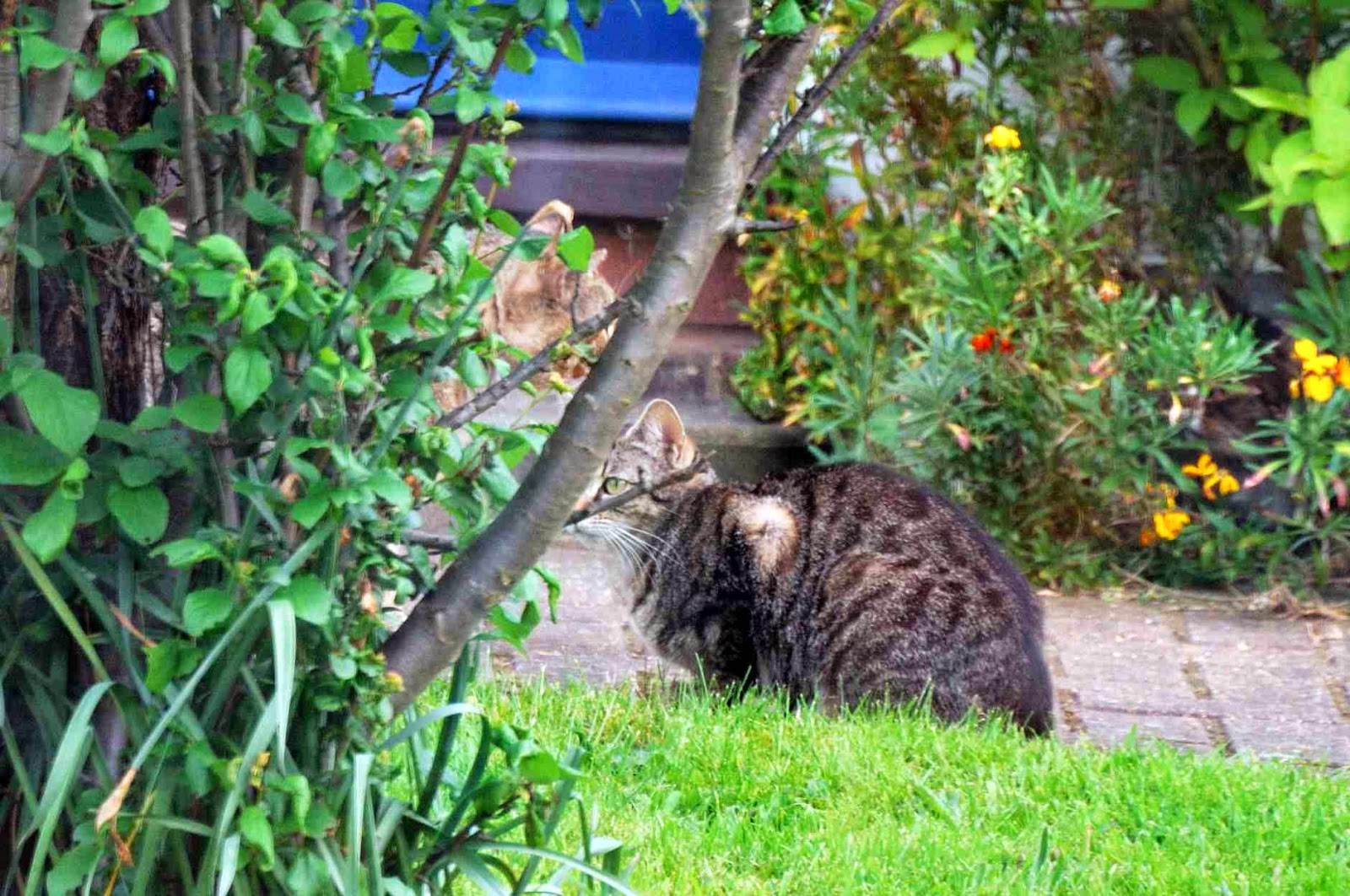 Tiger whispered something in her ear and then walked off in the other direction, almost without a care in the world.

Oh what is going on, I'm trying not to jump to conclusions but Sarah didn't appear scared of him and he;s no business around here especially after the battle the other week when Foxy Lectar teamed up with the New Cat Crew, which led to George visiting the Lane of Bells and only being able to speak gobbledygook preventing him from telling me what the danger is to Catkind and what Troy Lamore told him.

Yes that New Cat Crew have a lot to answer for. The Naughty Twins are out the back taking in the last light of the day on the sunshine shed. I'm slightly regretting pulling my trick on him now, I could really do with talking to them but I don;t think he'd be running towards me with opened arms. 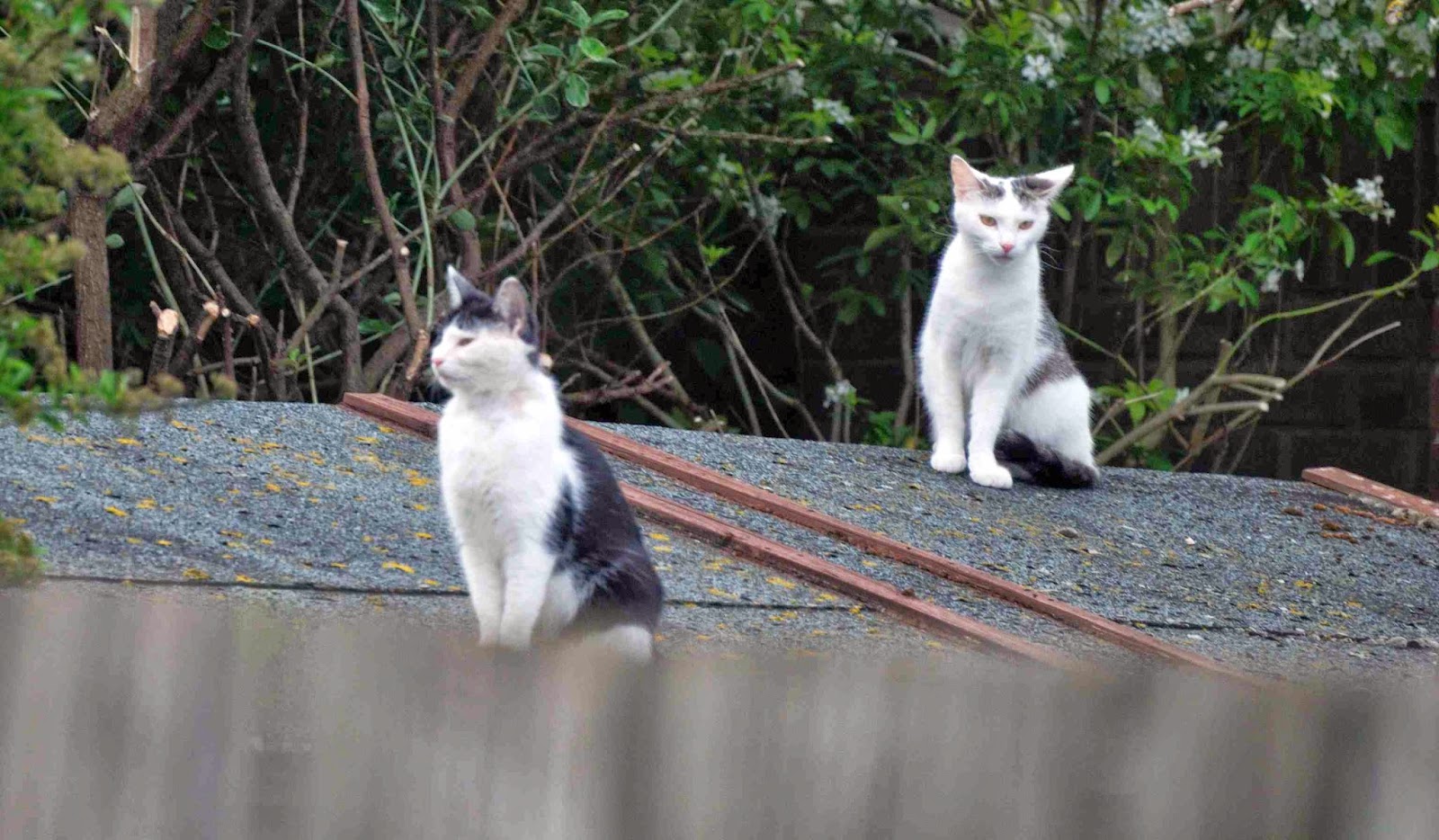