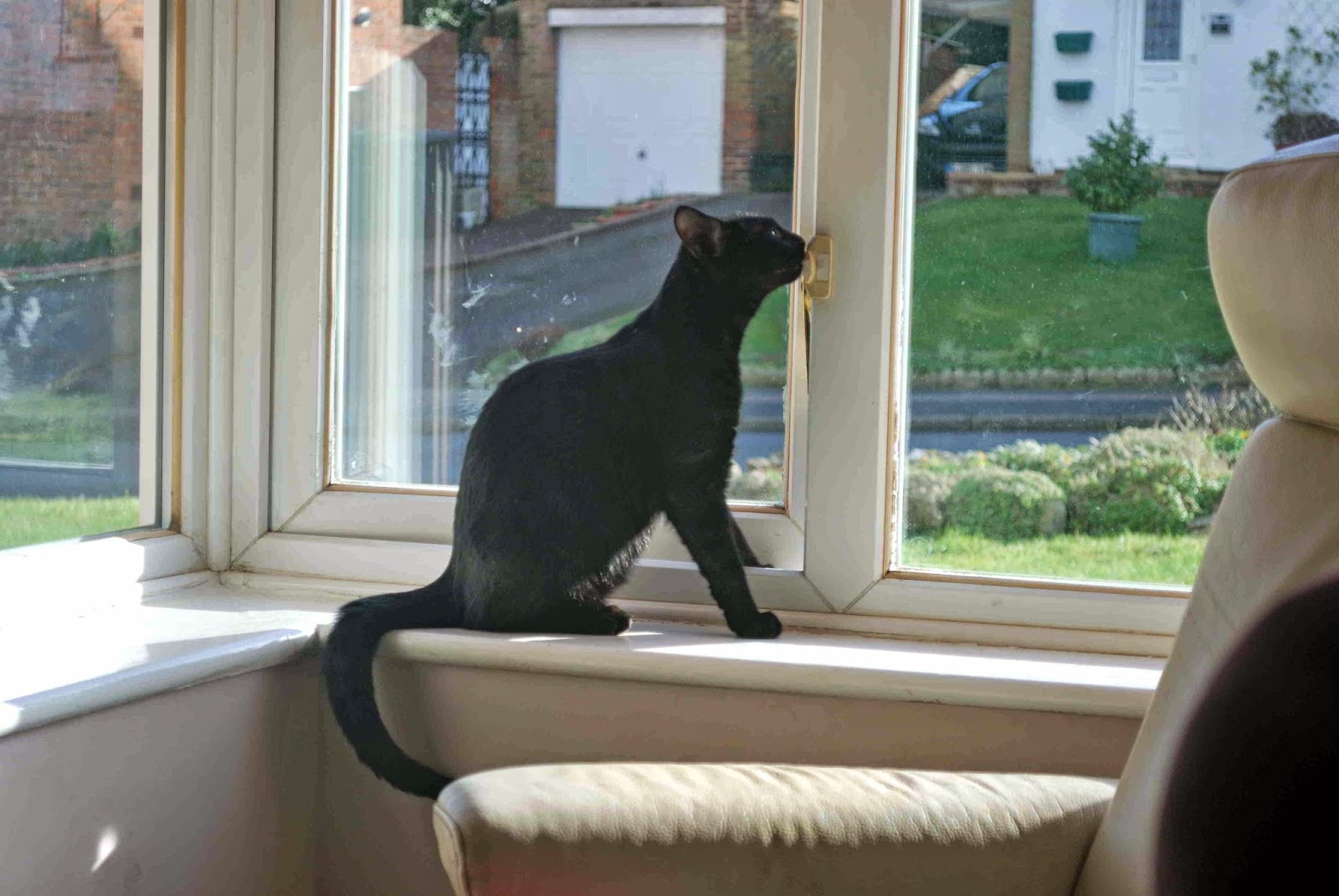 I saw him across the street, George that is, and suddenly it all made sense, I needed help and George was the one who was old and smart enough to be able to give that!

I've been waiting this past few days for my chance to get into the cupboard by the back door and get that piece of rope but I've not had much success.

I've tried to get River all excitable so I can cause a distraction and just nip in and grab it when Daddies back is turned but no matter what I do she's just too excited about her impending treat and knows she has to sit still to get it, they've trained her well.

River's used to me so I can't whip her up into a frenzy and knock the treat box over. However if at the right moment George was to pop his head through the back door flap then that, yes that would be enough to get her going and forget her manners, I've seen the way she gets all worked up when he walks by the window, it's a sure fire thing, there's no way she wouldn't react.

I just need to get George's attention now, the windows open and I've been calling out to him but I've still not found my voice yet, not a strong one that means I can be heard from across the other side of the road. The more I plan, the more things feel like they are falling into place. The next step, getting George's co-operation, he's my friend so I'm sure he'll be up for it, us cats are loyal creatures. 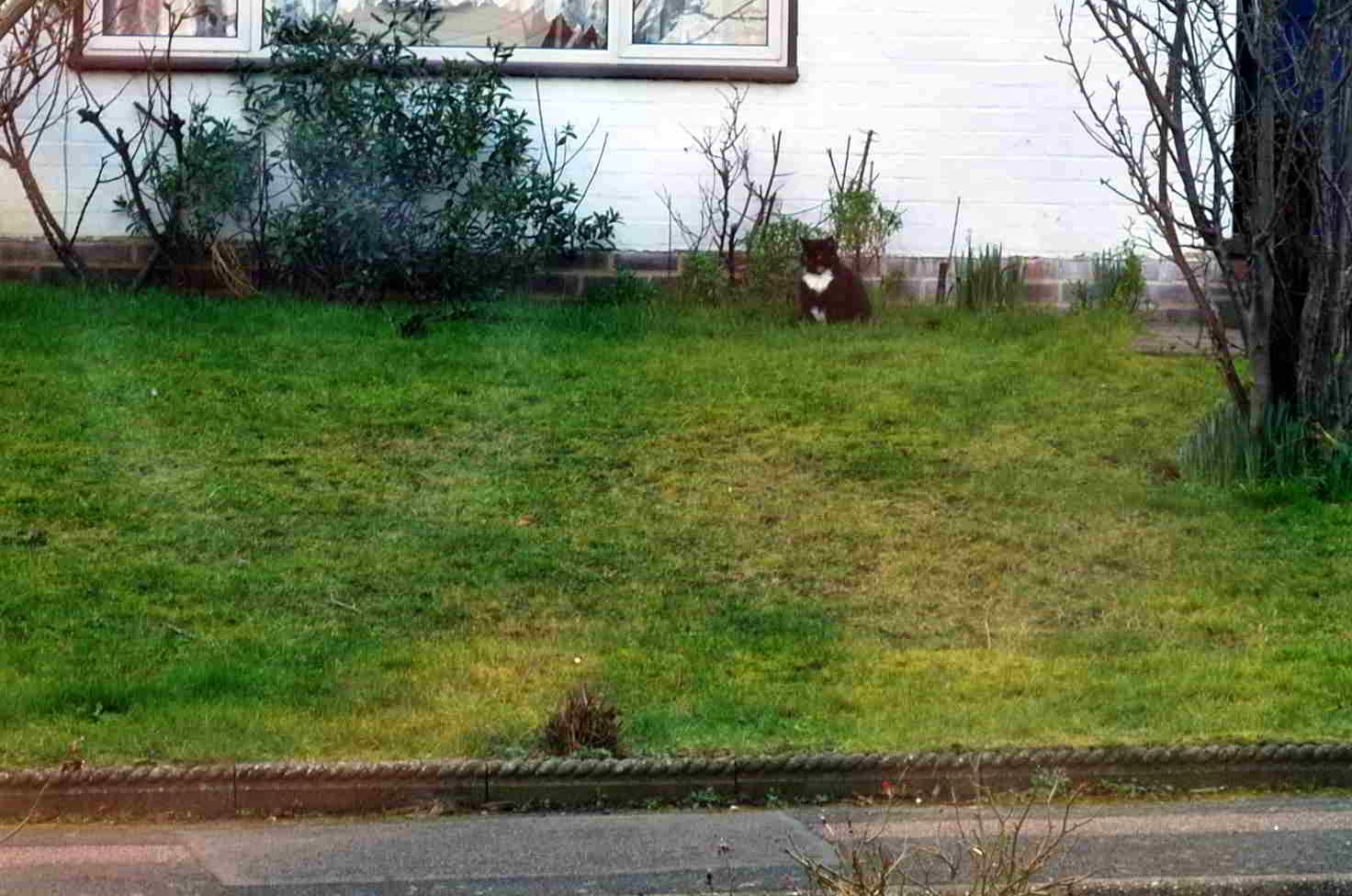