Now They're Not Paying Any Attention 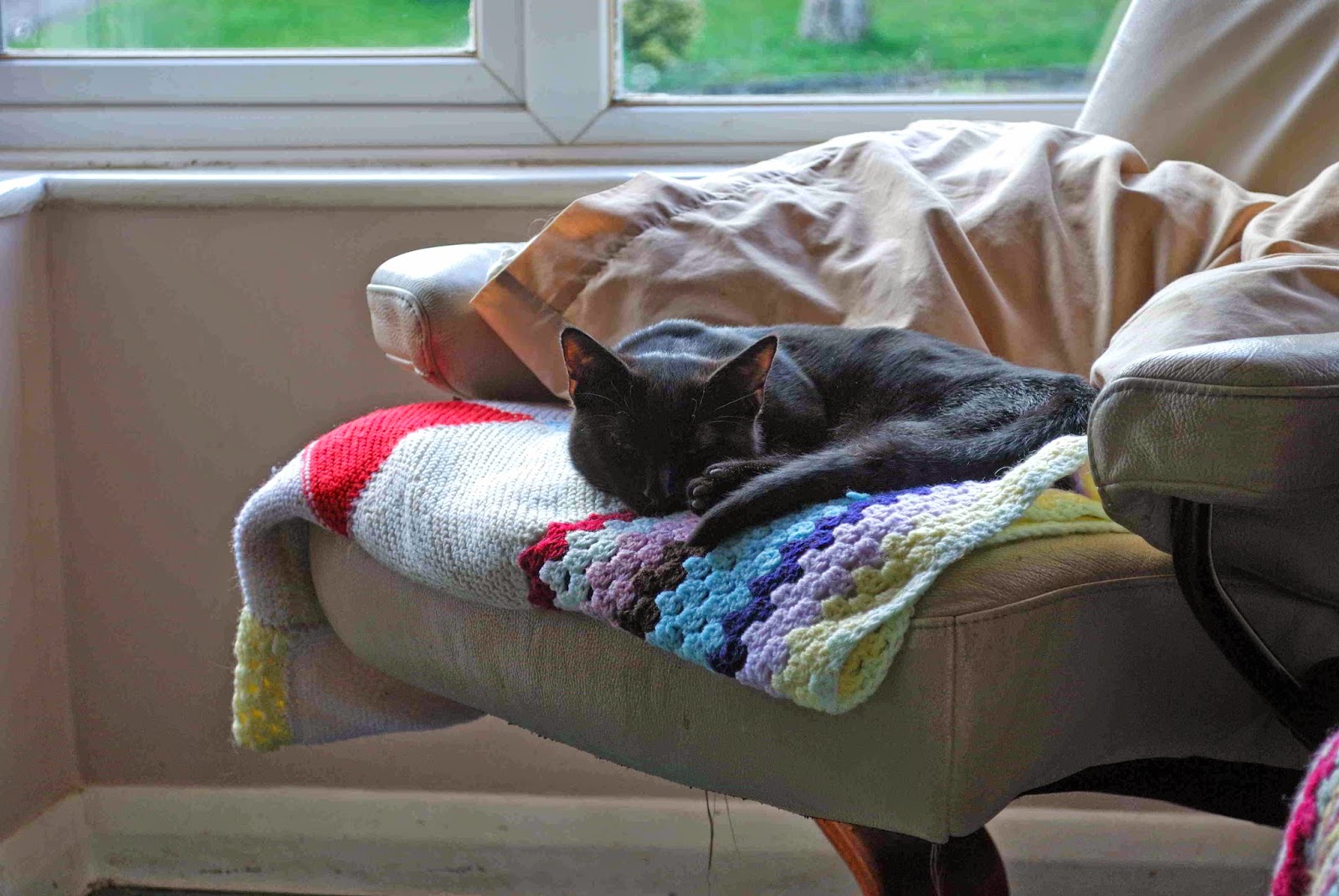 I wasn't too impressed at first but in the end it turned out advantageous. I was having a little sleep in the chair on the window and was having a lovely dream of lemon's for some reason, I've been having some weird dreams recently, I mean I don't even like lemons, too acidic for me.
Anyway, my sleep was rudely disturbed when the Daddies started getting things out of cupboards, not taking into consideration a little sleeping cat,, then they set up shop in the living room right by me. 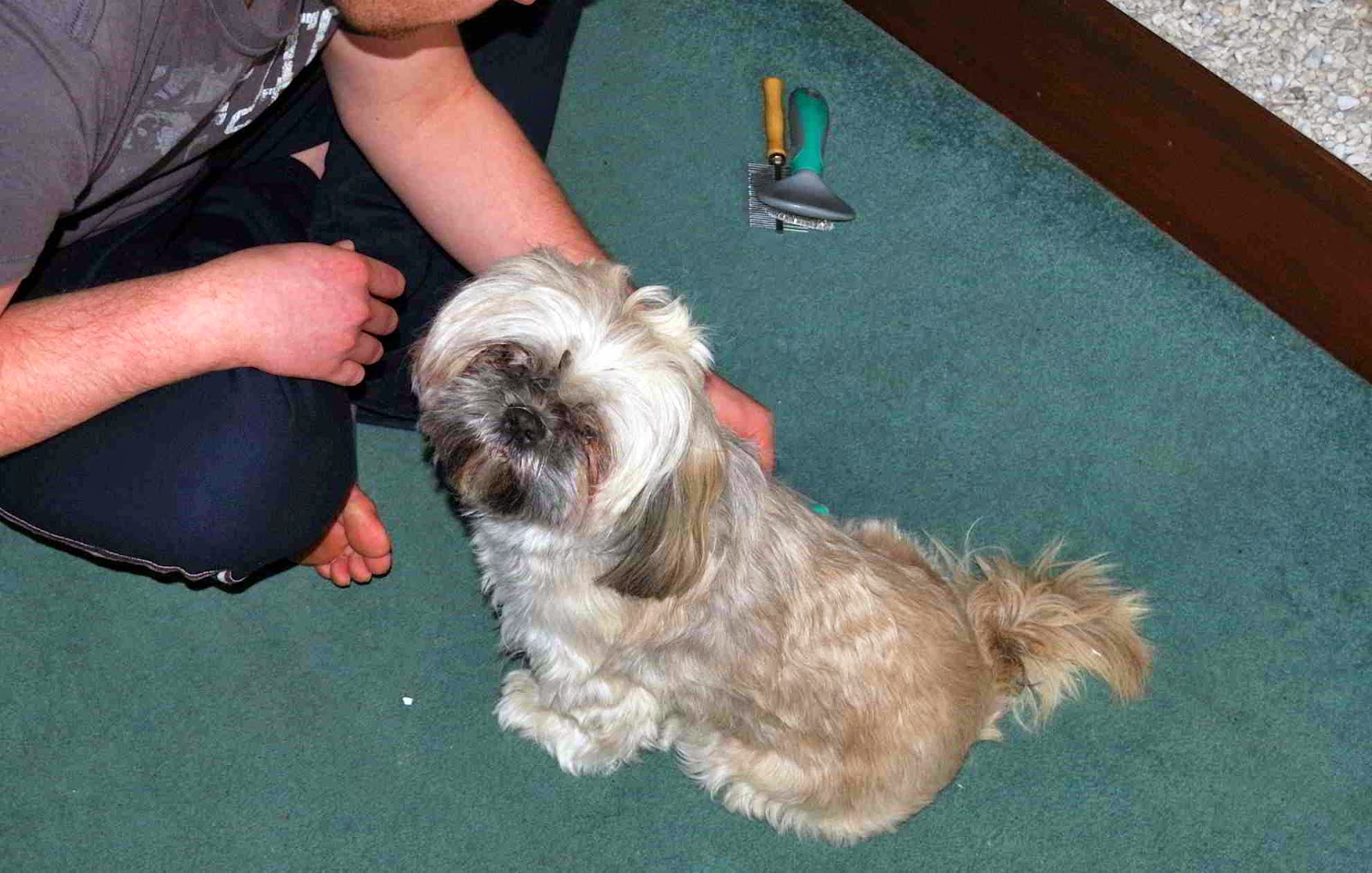 Combs and cutting things out, River was getting herself prepared for a spa treatment, She needed it bless her had a right week of it she has in the mud in the garden and how she sees out from underneath her fringe I have no idea.
I've been privy to one of these experiences before and as fascinating as it was I think it's something I could bore with quickly so I decided to go do a bit of exploring, not they're not paying any attention to me. I want to get in that secret room upstairs. Daddy was in there last weekend making a lot of noise and mess and that's just added to my curiosity. I mean River is allowed in there and I have been in there before but it's not something that's encouraged, Daddy says I can't keep still, how could I, all those things to see?
When they all moved to the table I ran upstairs, the door wasn't completely shut but as much as I tried I just couldn't push the door open enough for me to squeeze through. I lent close, if I couldn't get in I could at least have a peek. The angle I manged to get my eye in wasn't fabulous but I could just make something green out of the corner of my eye on the other side of the room.

It looked suspiciously like a little lemon tree. Now that's a coincidence I'd only just been dreaming of lemons. Us cat's have mysterious powers that sometimes we don't even understand. I must muse on it, there's something I can't help but think I'm missing!

Yes that's what I'll do as I sit and admire River's new haircut, much better, she might be able to see where's she's heading now! 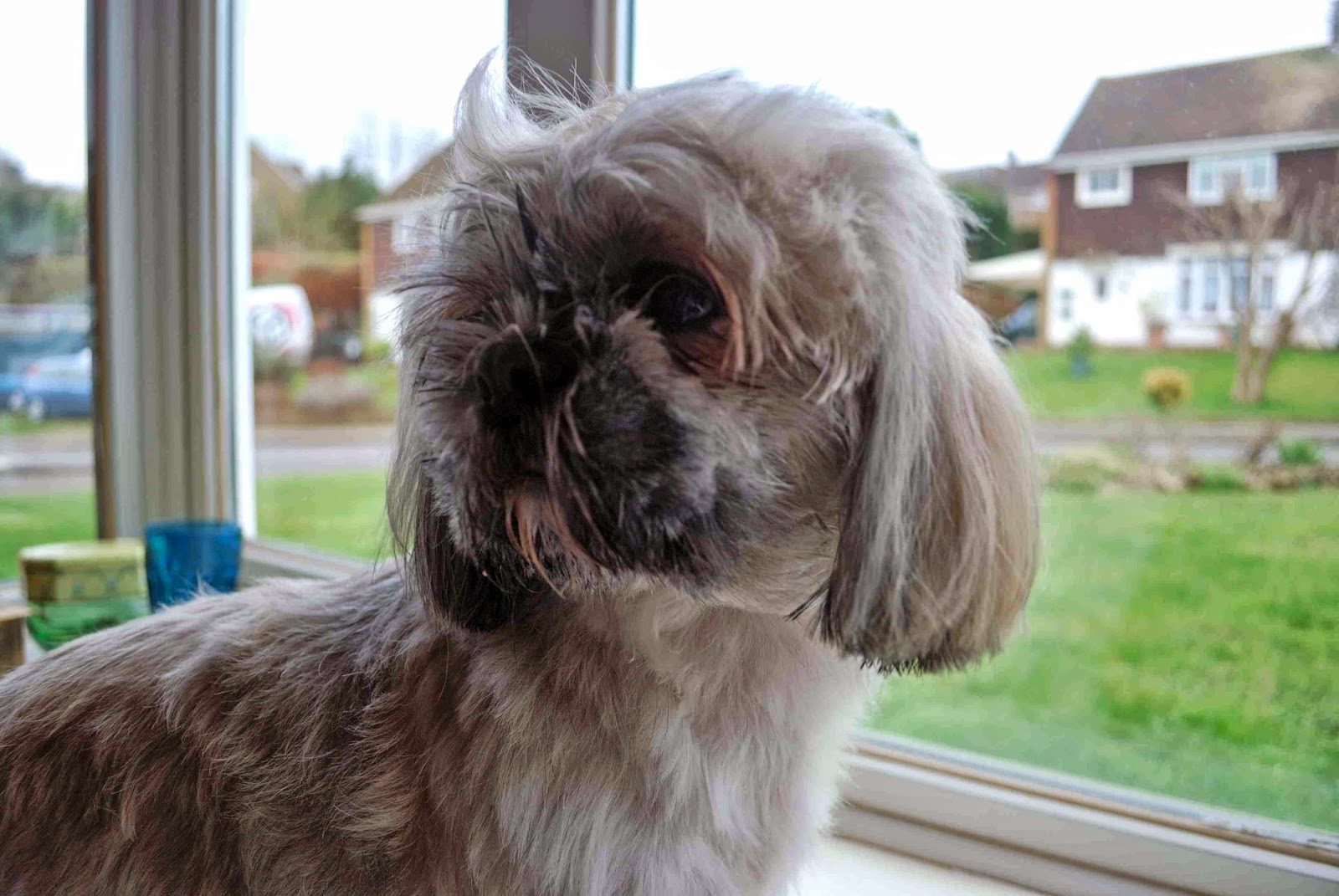 Cats and Dogs - Another Side
www.riverssong.net/2015/02/ok-that-was-quiet-quick.html