Once upon a time a long time ago there was a cat, a cat called Purlean, her coat as white as snow itself. Purlean lived in a wood, I know not where exactly, the location has been lost through time but somewhere in Europe, the eastern part I believe, maybe Romania, it doesn't really matter.

Purlean was one of the younger kittens in the family, there were 11 of them in total, part of the reason the number 11 in so important to us cats but I'll get to that later on.

Purlean and her brother and sisters had complete freedom in that wood to come and go as they pleased, all animals back then got on, there was none of this fighting business that goes on now, although it's great to see that cats and dogs have begun to work together again, that was a hard battle to crack, so anyway the animals of the wood felt safe wherever they went.

The problem wasn't the animals though, the problem was the humans. A growing number of them had begun to live in the woods, hiding from their own troubles, battles had broken out in the world and man was against man, woman was against woman, child against child, it was a horrible situation and some had chosen to escape the troubles. The trouble was the didn't realise that you can't escape by running, the only real escape is by facing the fear and squashing it or it will follow you around which it did with that group of villagers.

When the humans first arrived word spread quick throughout the wood. The advantage of a wood is it was teaming with life and it didn't take long for the birds to tell the squirrels and the squirrels to pass it on to the mice and the mice to spread the word until it got back to Purlean and her family.

Humans had never been in the wood before and everyone was curious and although they were not scared, they didn't know fear back then, they approached with a sort of bemused caution, watching and gossipping excitedly among themselves.

No one really ventured too far in, the woods were very dense. The odd tree was felled but nothing to cause alarm and in time the animals got used to the humans existence and carried on as before not taking too much notice of what was going on. If they had they would have seen that things were not happy in the village.

Word had spread throughout Europe of mystery and magic, of curses and of spells and of witches. The very word brought terror to the faces of little children and adults alike and as often happens terror turned to panic, panic turned to lunacy and a witch hunt began, this one spreading faster than the wind. It wasn't long before it arrived at the village at the edge of the wood and anyone who was a little unusual or who spent too much time alone in nature was targeted.

These people who had gone there to escape the horrors of battles were now turning against each other, they'd run but they couldn't hide from the curse of mankind, intolerance!

Unfortunately there was a little old lady who liked collecting flowers and berries and the like from the edge of the wood, an innocent pass time, these day's we'd call it holistic therapy back then it was the sure sign of a practising witch and a trial was held.

I say a trial, kangaroo court more like, she found guilty of the practice of Witchcraft and sentenced to abandonment in the wood. A party of the men from the village, lets call them a vigilante group, took hold of her and cutting their was through the dense trees they walked a clear half day into the wood and tied her up to a tree, leaving her there to die.

This little old lady had an iron will and knew she had been wrongly accused and fought and fought until she had nar a breath left in her, that's when one of the squirrels came across her and word once more spread all the way back to Purlean and the cats.

No human had ever entered the wood before and Purlean being perhaps the most curious of them all located the squirrel who had first found her and got directions from him. It couldn't be right to go and tie someone up and leave then in the middle of the wood with no food or water and so she went to help.

Unfortunately by the time she got there the little old lady was too weak to be saved and Purlean, never experiencing the prospect of death before, started to cry and cry. Her wails rang throughout the wood and soon everyone came running to see what had caused such upset and falore.

There in the midst of a full moon night they found Purlean sitting next to the old lady crying her heart out.

One of the crows jumped down to speak to her, to try and comfort their friend, they'd never seen anyone be upset before there was no need, the wood until that night had been a happy place full of joy and laughter and love, it had never seen a tear before.

That was the last night it was ever to be like that though, for a rare combination of things were happening, that night was a special night, it was indeed a mystical night, a night of magic. Think about it, a combination of a wood, a full moon, a witch hunt and unjust death and the first ever tear of a cat falling on the body of a poor little old lady and magic came to the wood.

Almost as soon as the tear fell from Purlean onto the lap of the old lady she took another breath and opened her eyes. Gasps from the squirrels and mice and birds caused Purlean to stare at the old lady even harder. Yes it was true Purlean wasn't imagining it both of the old ladies eyes were open. She stood up, the ropes falling to the ground.

Purlean turned and looked at her friends, she could hardly believe what she was seeing.

Her friends were not just staring at the little old lady though, they were also staring at her. She couldn't understand why and when she asked them what they were looking at no one would reply.

She got more and more frustrated, an emotion she'd never felt before and called out to them to answer her. Still no one would reply, then one of her brothers ran quickly followed by the others, birds and mice and toads and butterflies all ran away leaving Purlean standing on her own.

The little old lady was now hoovering above the ground, laughing her head backwards. Purlean felt scared, another new emotion, indeed a night of revelations to little Purlean.

Why? She wanted to know did they all run off away from her. She ran after them, all the way back home where she found them huddled together crying themselves. Tears has spread throughout the wood, a river flowing freely.

Flogo one of her sisters stood up, "Who are you, what have you done to our sister?"

Purlean was more confused than ever and ran outside, hurt rippling through her fur. After a few minutes she walked over to the water barrel to get a drink, replenish some of the liquid she had lost that's when she understood.

As she bent to take a sip a totally different face looked back, the structure was the same, the same high cheekbones, the same sparking eyes but no longer was she as white as snow. She flicked her tail to take a look at. Yes the same as her face, black, totally black, she had changed colour form snow white to jet black.

She ran and ran and ran somehow finding herself back with the little old woman, still laughing hysterically, twirling herself through the trees with glee.

George stretched out his leg, too long sitting in the same position.

"That was the last time that anyone saw Purlean. A snail who hadn't managed to run too far witnessed the whole affair. There was occasional tale of Purlean, the Witches Familiar over the years but no one ever saw her alive again."

"But why does that make me a Witches Familiar?" I stood up and stretched myself, back ache.

George smiled. " Before that night there were no black cats, not one, anywhere in the world. Every black cat is a descendant of Purlean, how and when she had kittens, who knows, it's not a tale I've ever heard but I've heard rumours out there of her new life. Every black cat is a Witches Familiar with just a little bit of magic in them somewhere waiting to be activated. Some say they are lucky, some say unlucky, it's up to you to find out which one you are"

Wow, it was a lot to take in, I had a little bit of magic in me, waiting to be activated!

"How do I activate it, my magic I mean?" I was so looking forward to the answer.

George shrugged "No idea, I'm a black and white cat, we don't have it and I've never heard how."

I was more than a little disappointed but mind you even if I didn't know what to do with it I had it anyway. Then suddenly something occurred to me, something George had said earlier.

"Why is the number 11 so important to us cats?"

George smiled, "Oh that, yes that I know and I'm surprised your parents didn't tell you, it's one of the first secrets us cats are let into. The number 11, it's lucky for us cats! There were 11 brothers and sisters in Purleans group, they spent years trying to find her you know, when they realised she was still their sister, remorse was also born that night in that wood magic has a price, a high price! No but it's not just that the number 11 is sprinkled throughout cat history like a signpost, a synchronicity, a time to take note and listen.

If you come across the number 11 thank your lucky stars and accept the little kiss from the universe."

I stood up and stretched, stretched as far as I could, just to get a little bit closer to that kiss, I had a lot to take in! 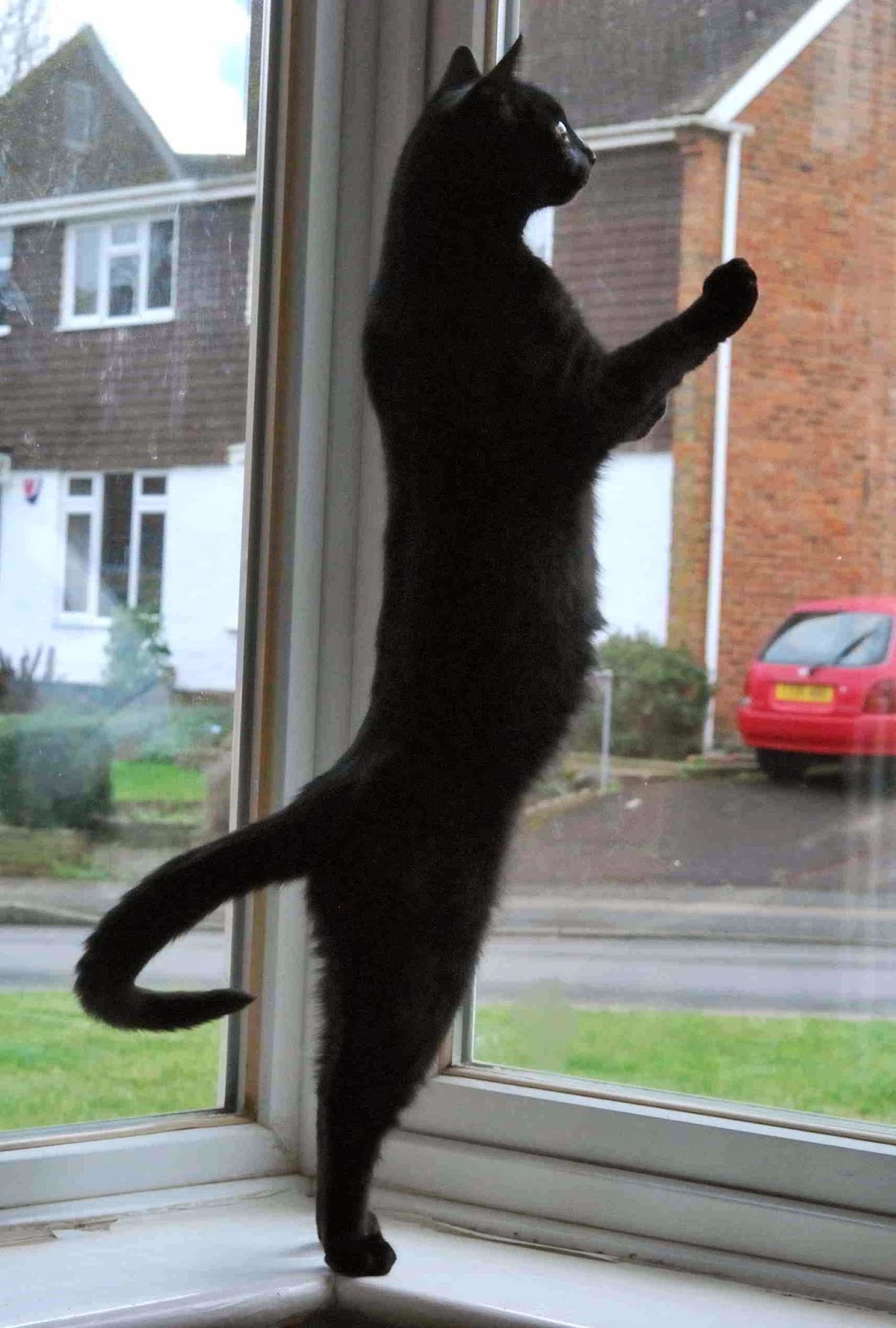