They Must Be Very Jumpy After That! 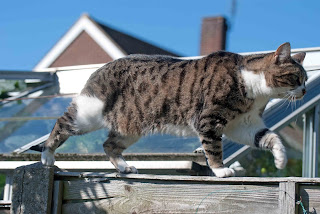 I've only just heard what happened. I was out with daddy in the back garden, he was hanging out some washing and I was watching him from the garage roof when I saw the lighter Naughty Twin on her garage roof and I called over asking her if everything was OK. 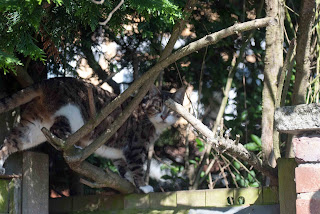 She told me that she was but that she'd heard yesterday that one of the Squirrels had been chased by Foxy Lectar on Thursday evening and that Squirrel Tree was in all of a tiss.
I was not happy to hear this and after nodding a thanks to her I strode right off to Squirrel Tree to see if Craig was around. The Squirrels are out friends here and an attack on one of us is an attack on all of us.

Unfortunately just as I got there River appeared and started barking, I heard a rustling above which I can only assume was the Squirrels running off, they must be very jumpy after that! 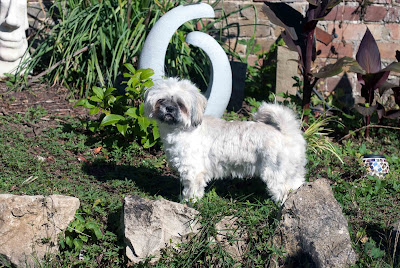 Cats and Dogs - The Other Side
www.riverssong.net/2013/08/its-saturday.html