And Then Action! - One Step Closer To Answers! 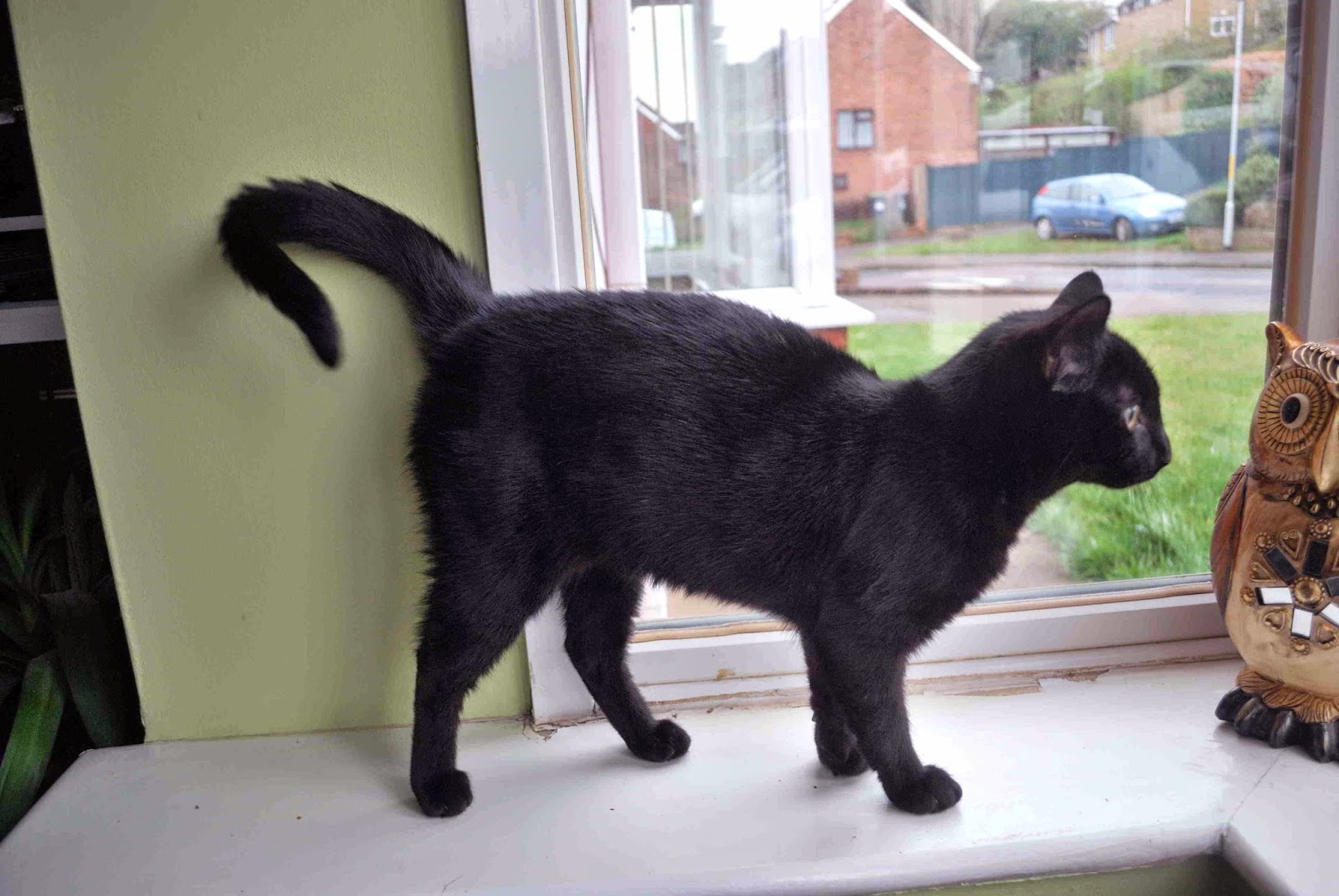 It was a very late night last night for everyone, up chatting till the early hours but I never let my Daddies erratic sleep patterns throw me off and I was up and prepared when one of my Daddies got up early and came downstairs.
I joined him so we could get some alone time together. He was intent on buzzing around in the kitchen, trying his hardest to make no sound where in reality it was all clash and bang so I decided to have a little look out the window, see if anyone was around. 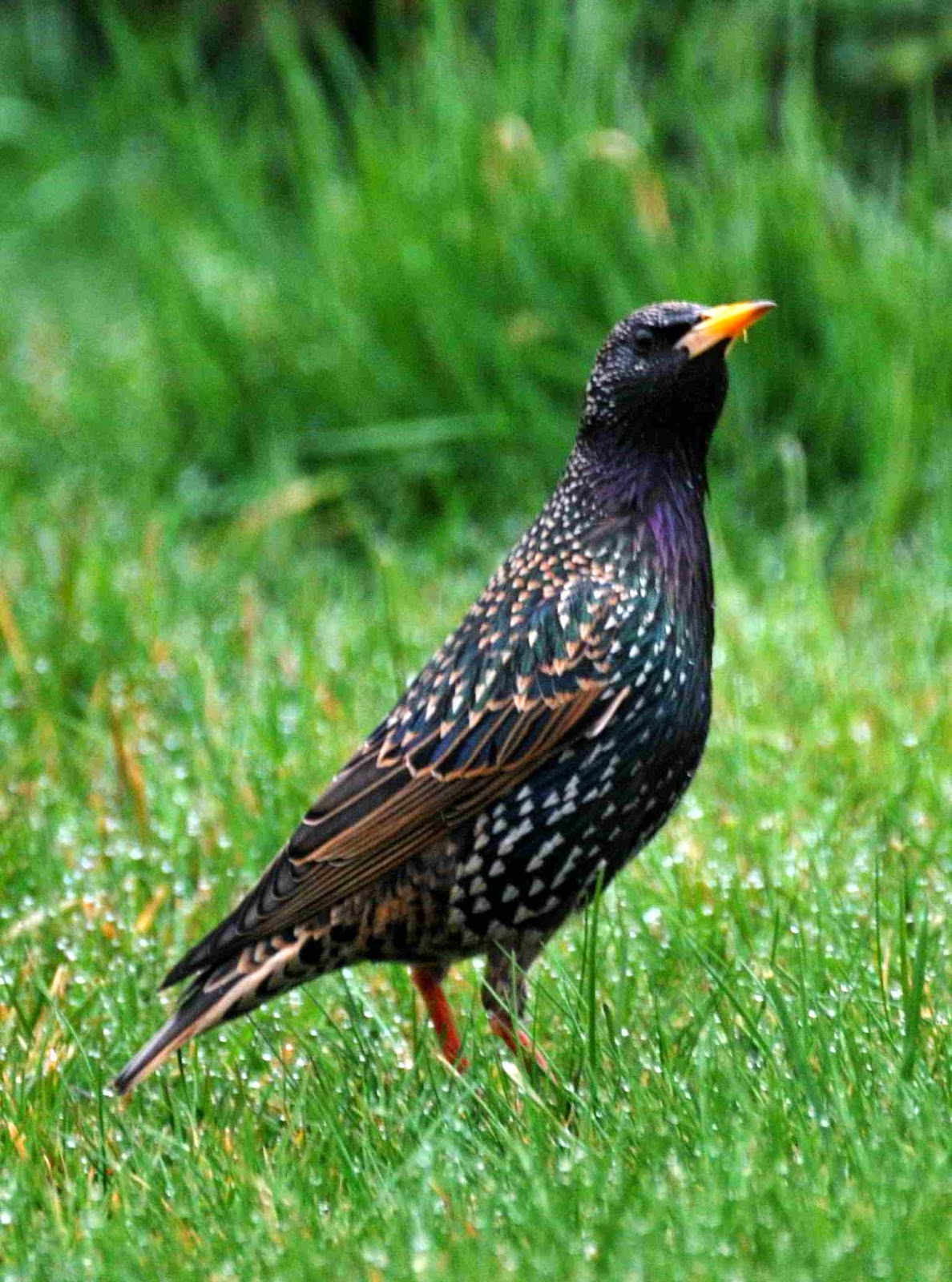 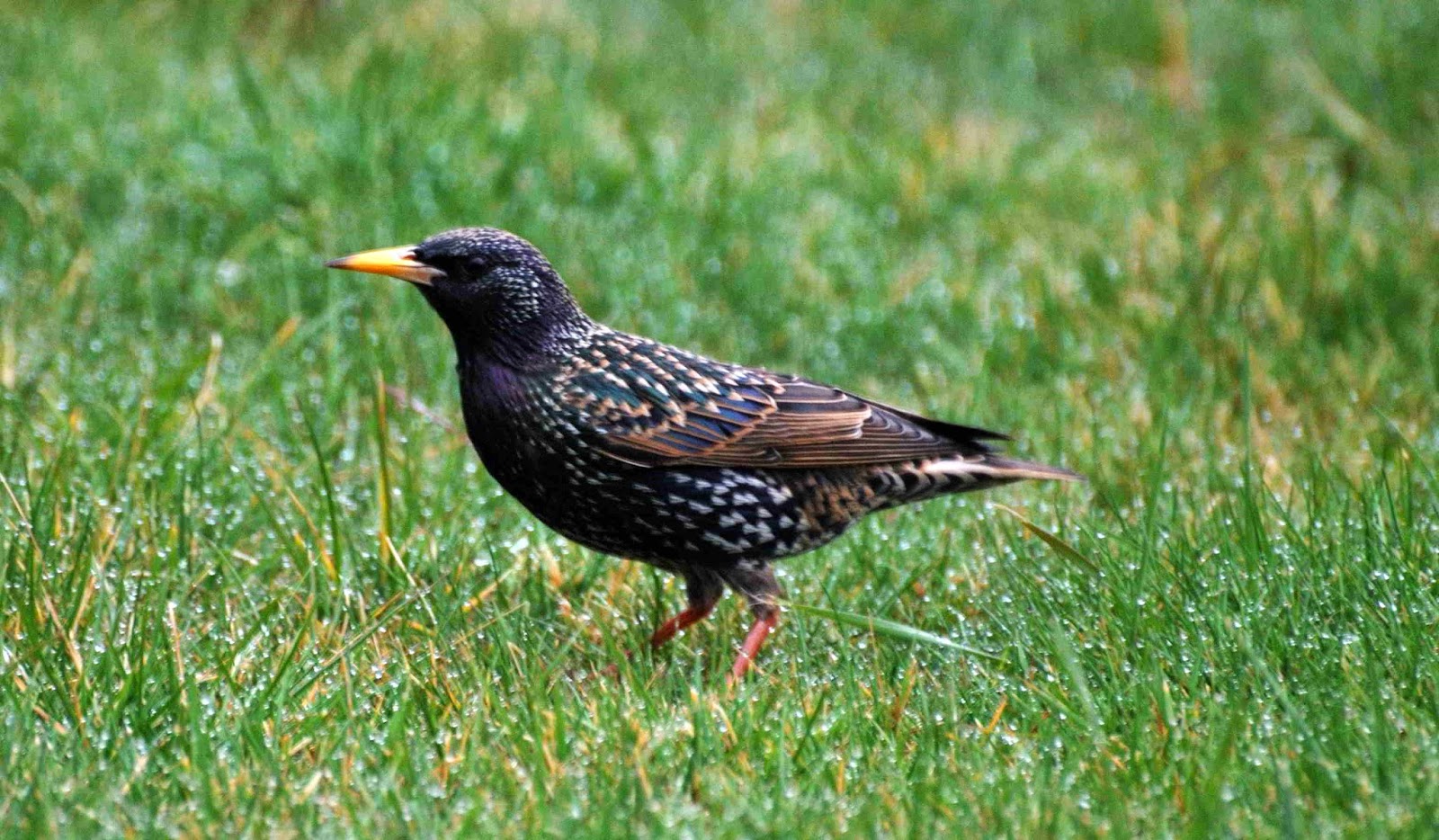 There on the front lawn I spotted two birds going about their early morning business, collecting bits of leaf and things flying back and forth to their nest they must be building somewhere, occasionally digging for a worm brought to the surface by last nights rain, chatting away, gossipping, sharing information.

I sat there for ages just watching them, noticing what they were up to out in the world so carefree with a growing urge to jump out the window and join them. I've hardly ever made it out the back let alone the front but as River was still safely tucked up in bed Daddy had the windows wide open, he says he can't when she's up as she's a runner and would be out of them the second he turned his back.

They were deep in conversation and didn't notice me so I moved closer to hear them talk but their voices were small, smaller than mine and I was struggling no matter how close I put my head outside. 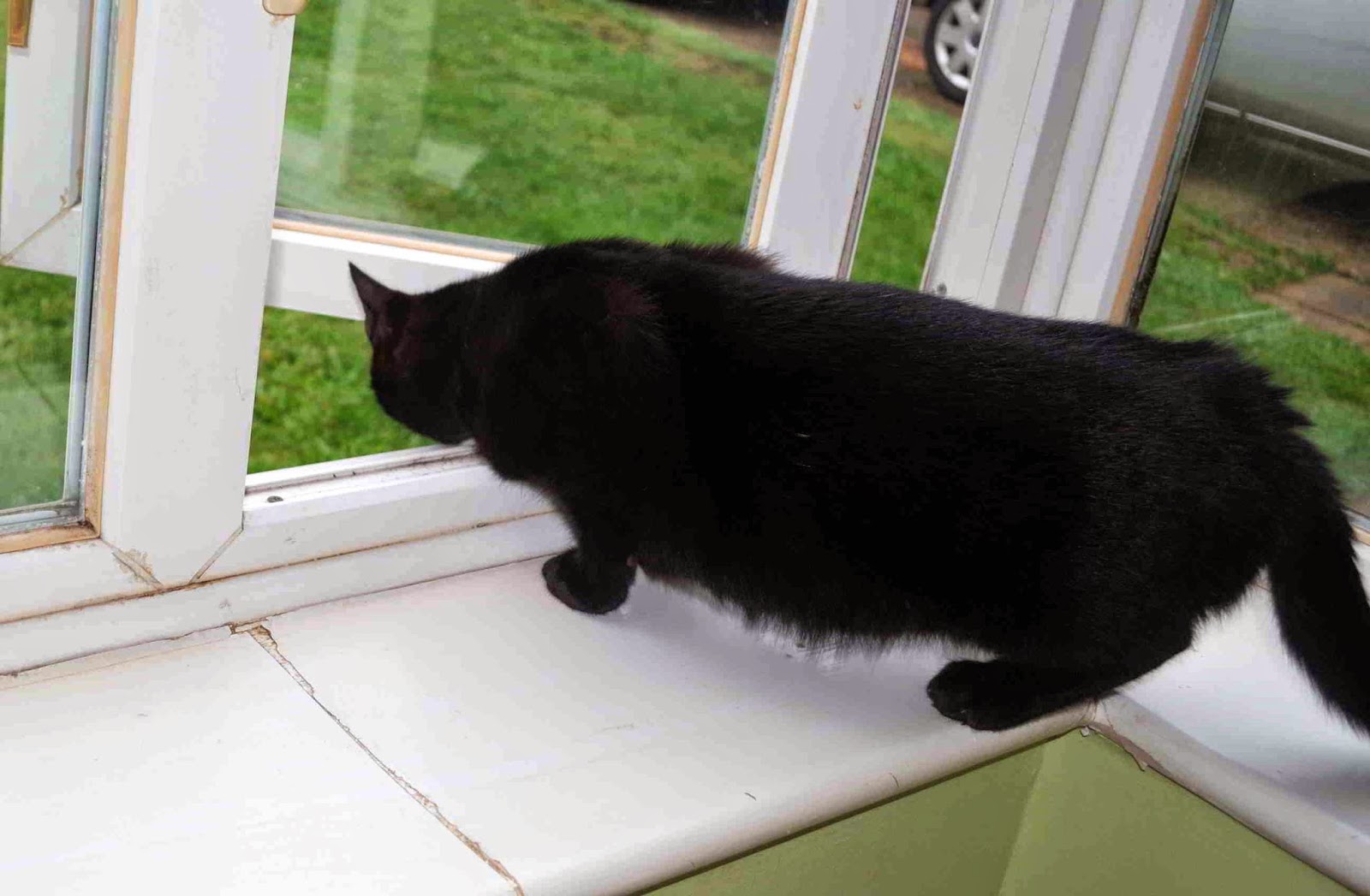 This was no good, if I wanted to properly hear what they were talking about I needed to get out there and the only thing holding me back, my courage.

I braced myself and then action, I put first one paw out and the the other, blood pumping through my veins like a formula one driver I gingerly stepped out onto the ledge just outside the window. 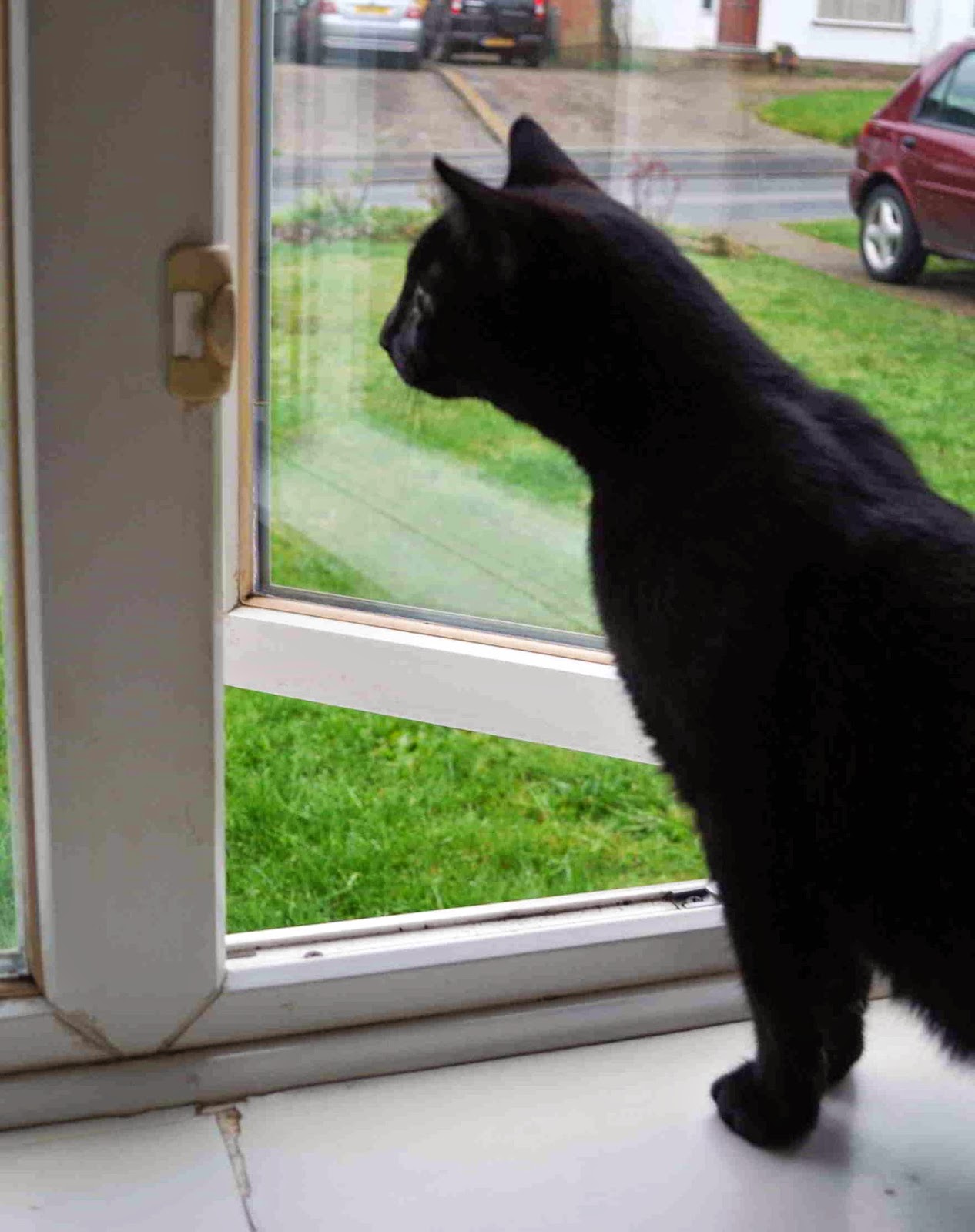 The exhilaration I felt to be making such a big and bold move almost overwhelmed me and forced me back inside but I was determined to go forward, I'd come this far and if I was ever to get to the wood to help Greego I needed to overcome my fear of the outside world and with Daddy not too far away I'm sure I would be OK so I carried on.
All the way from one of the front windows and back indoors through the other, quick as a flash but the point was I'd done it, I'd taken my first steps out the front and one step closer towards answers!