Well It's True What Was Said

Well no one can accuse me of not trying to get Nadia to have a little chat. After River ran out the back to bark at the man cutting his lawn I jumped down and said hello. Nothing. I tried nudging her, which only made her move her head into her shell even more, I even then tried licking her, that often works with River and I but again nothing.

Ages I was there chatting away, I heard Daddy say he's not ever heard me talk so much, little voice he sometimes calls me, but nothing. 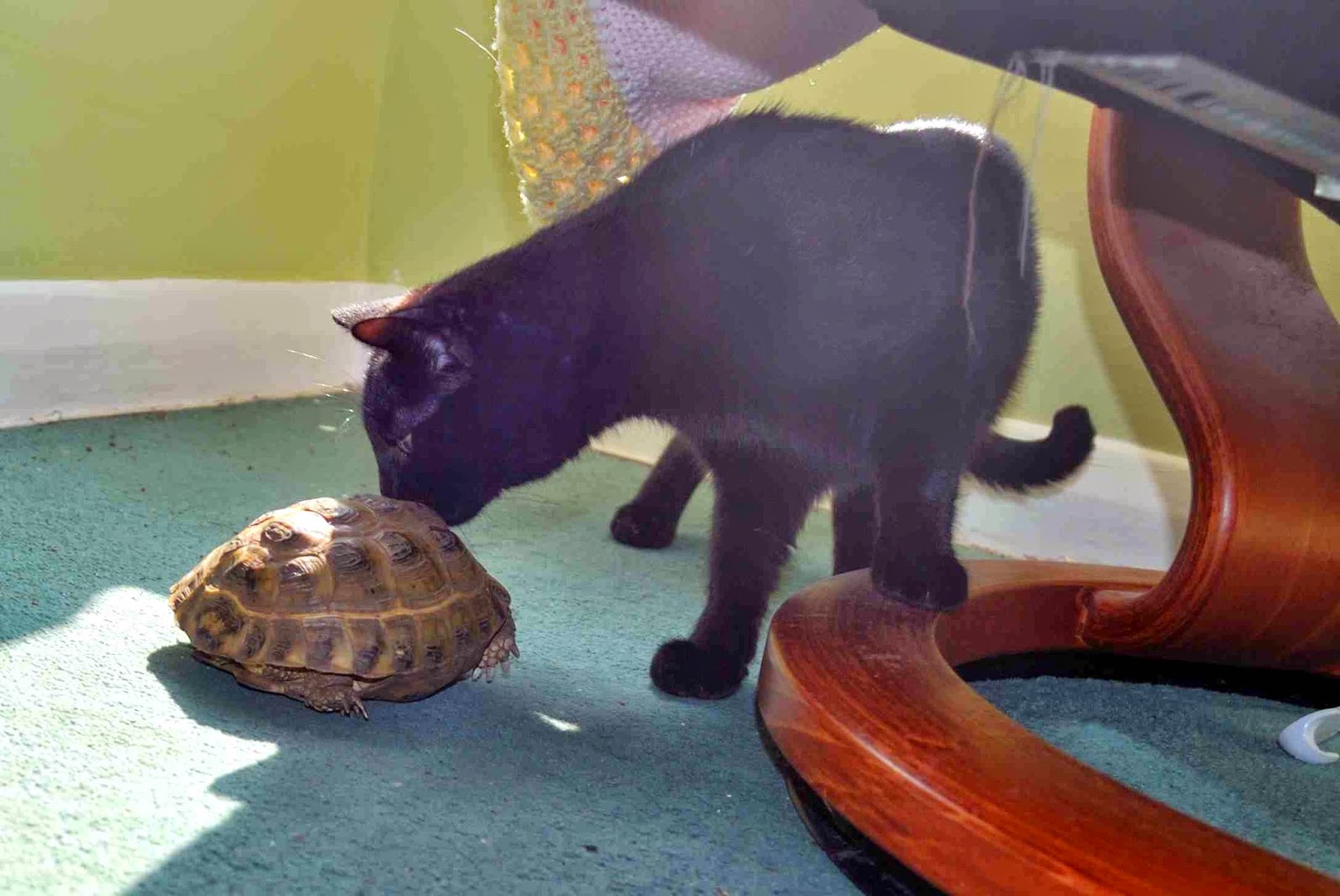 Well it was true what was said Nadia doesn't talk much, or in this case say anything and in the end I decided to just give up for today, if she's been asleep for half the year maybe she's still just waking up. I won't be giving up though. 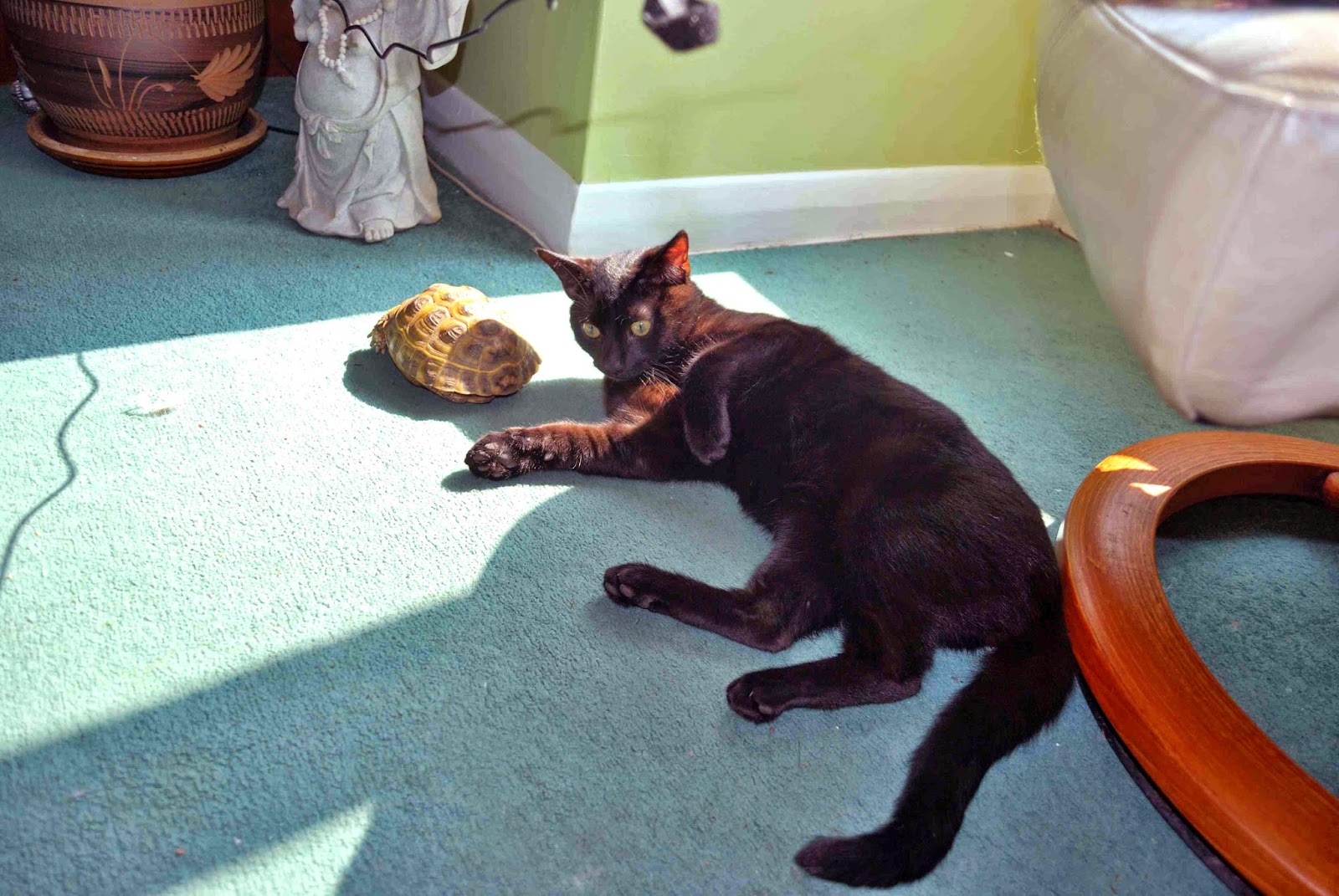 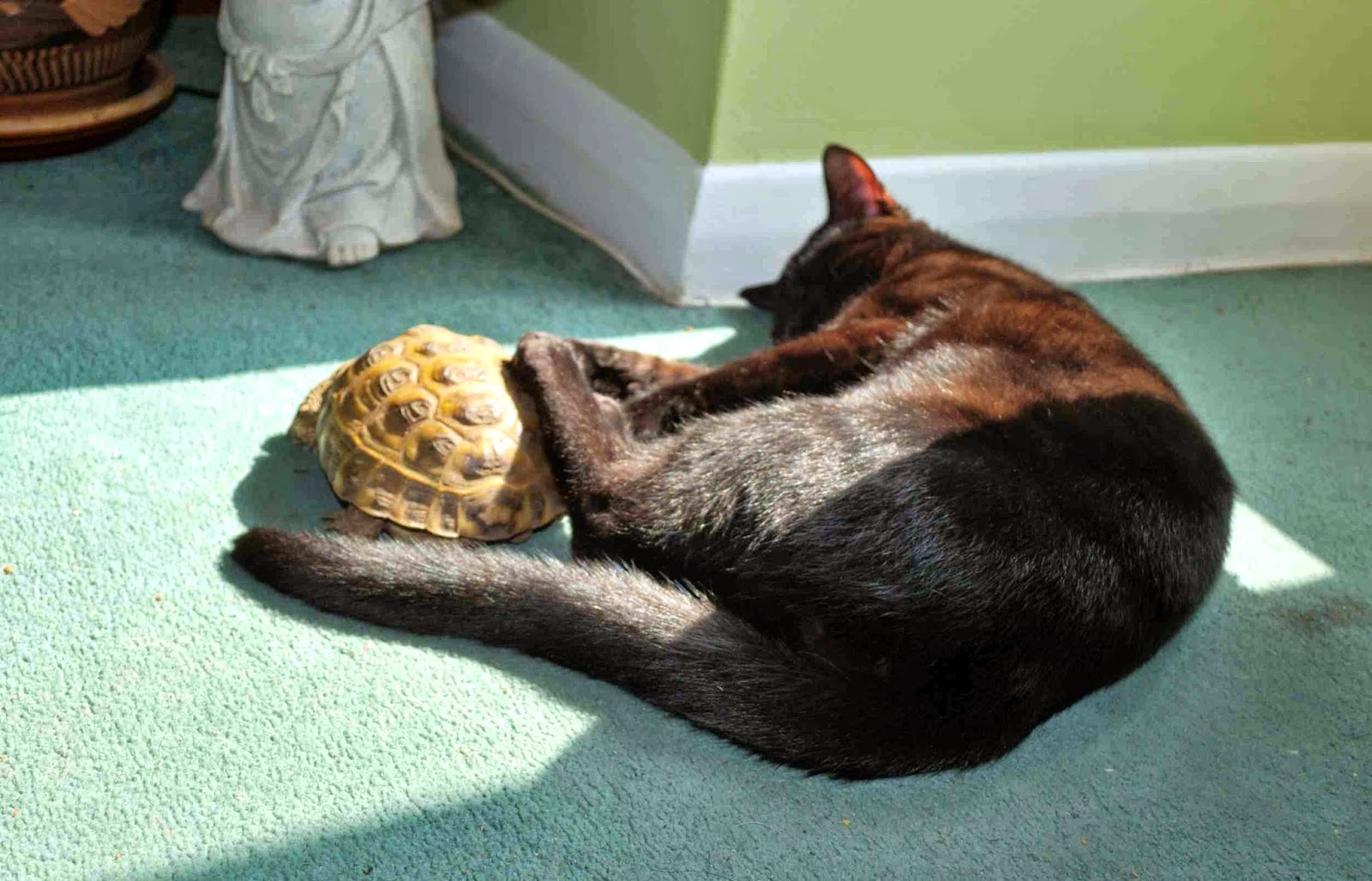