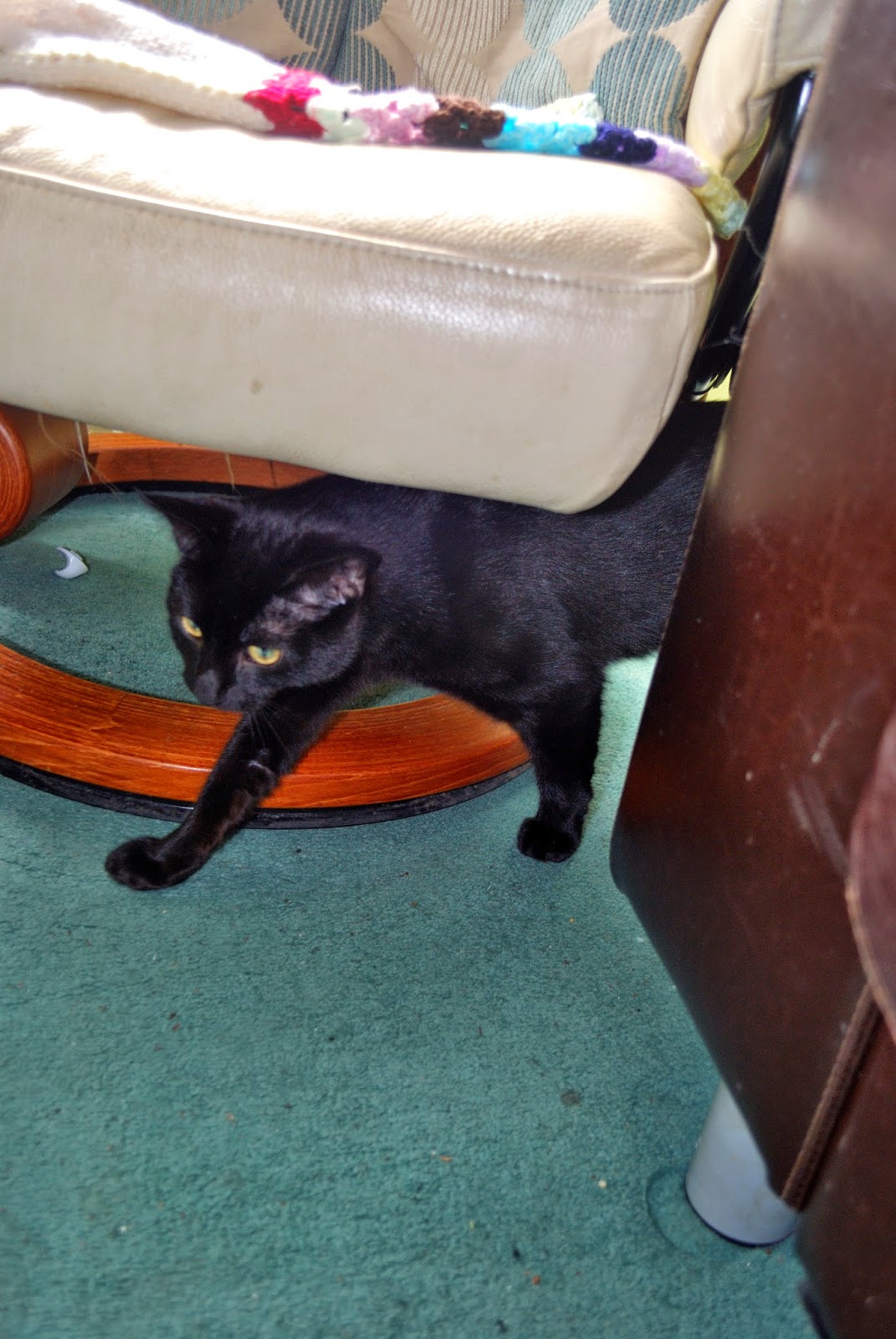 Much noise, so much noise in this place it's hard enough to sleep as it is without Daddy cutting the grass and now this!

I was trying to sleep under the sofa when all I could hear was River shouting and jumping around, I gave up attempting to snooze and came out to see what all the fuss was about. 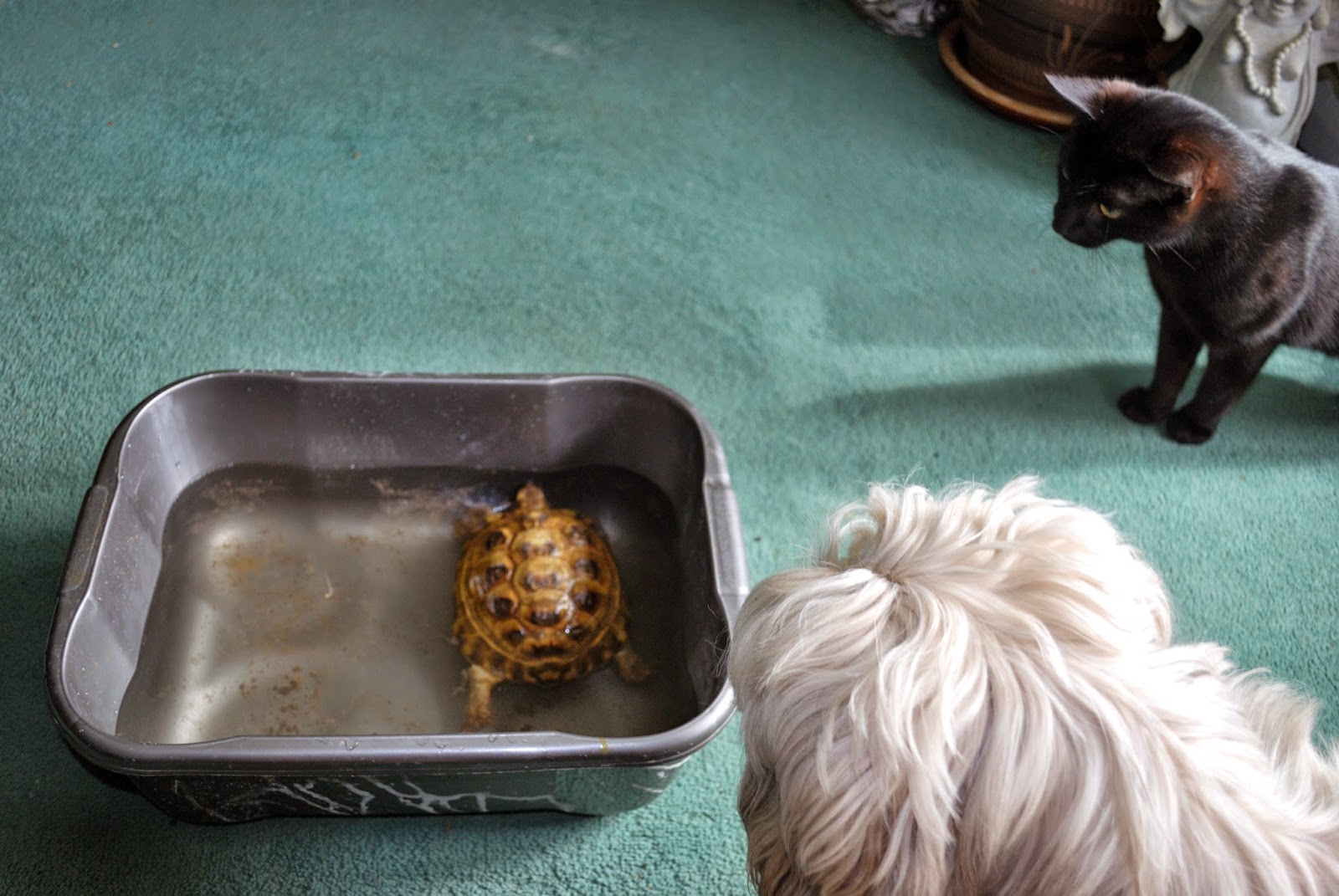 I couldn't believe what I was seeing, there on the floor in a bowl of water was this little shell thing and everyone was sitting around watching it attempting to swim. 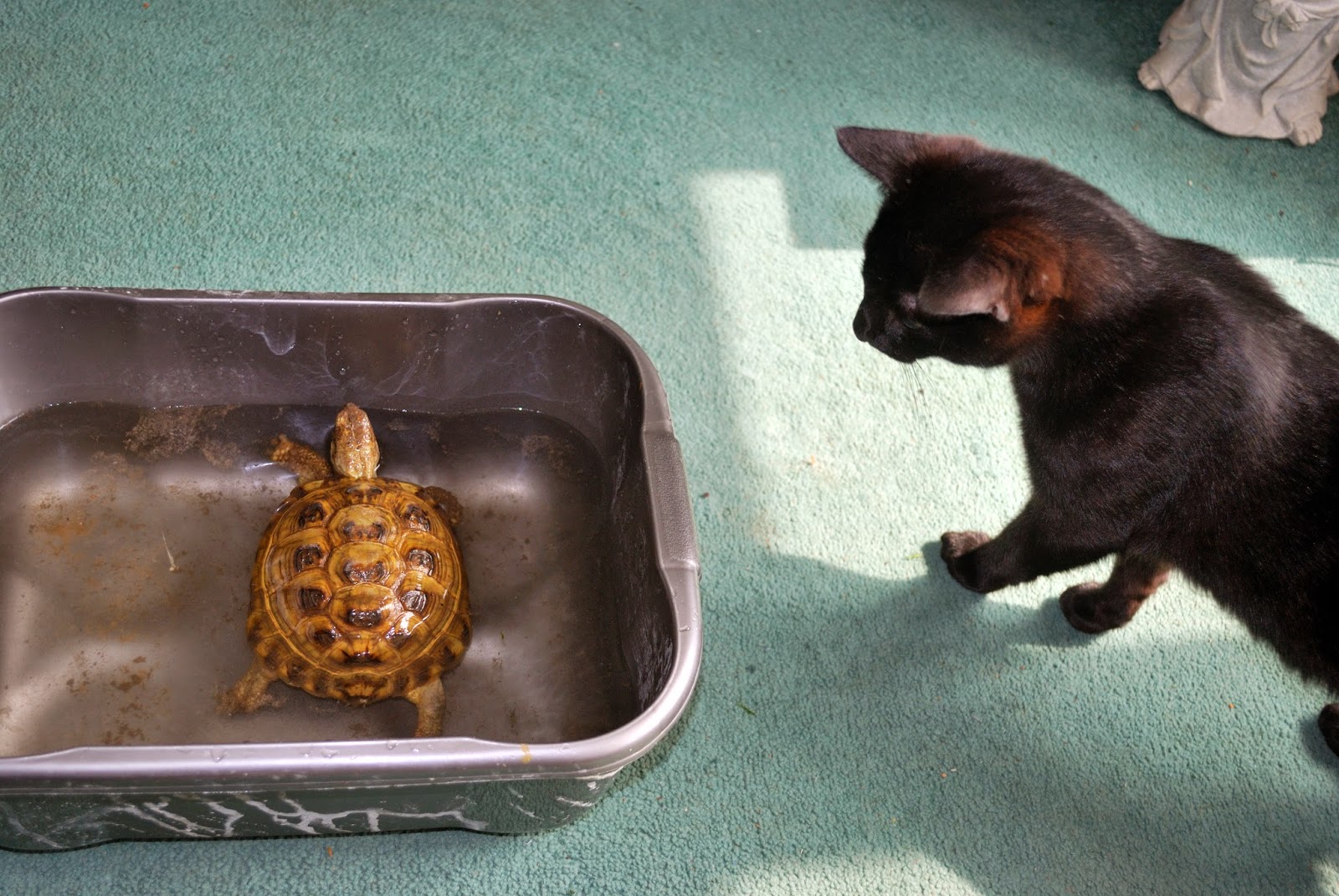 This was all so new to me, who/what was this thing that was making everyone so excited? According to River, this is Nadia the tortoise and she lives here as well. Why on earth has no one told me about this before and where's she been hiding all this time?

River then told me that she goes to sleep in the garden for half the year. lucky thing! I circled her trying to get her scent but I guess the water must be masking it as all I could smell was dirt. 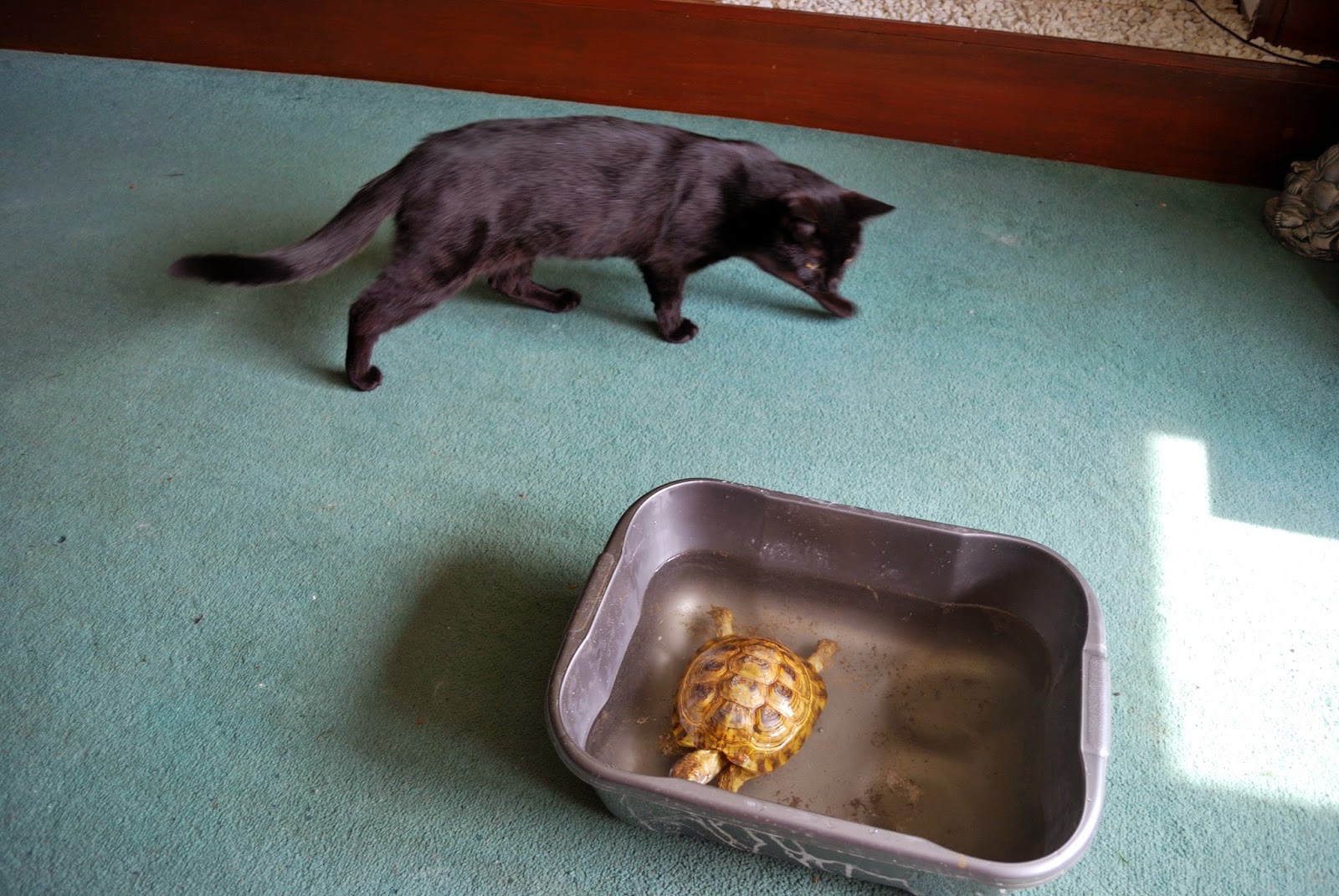 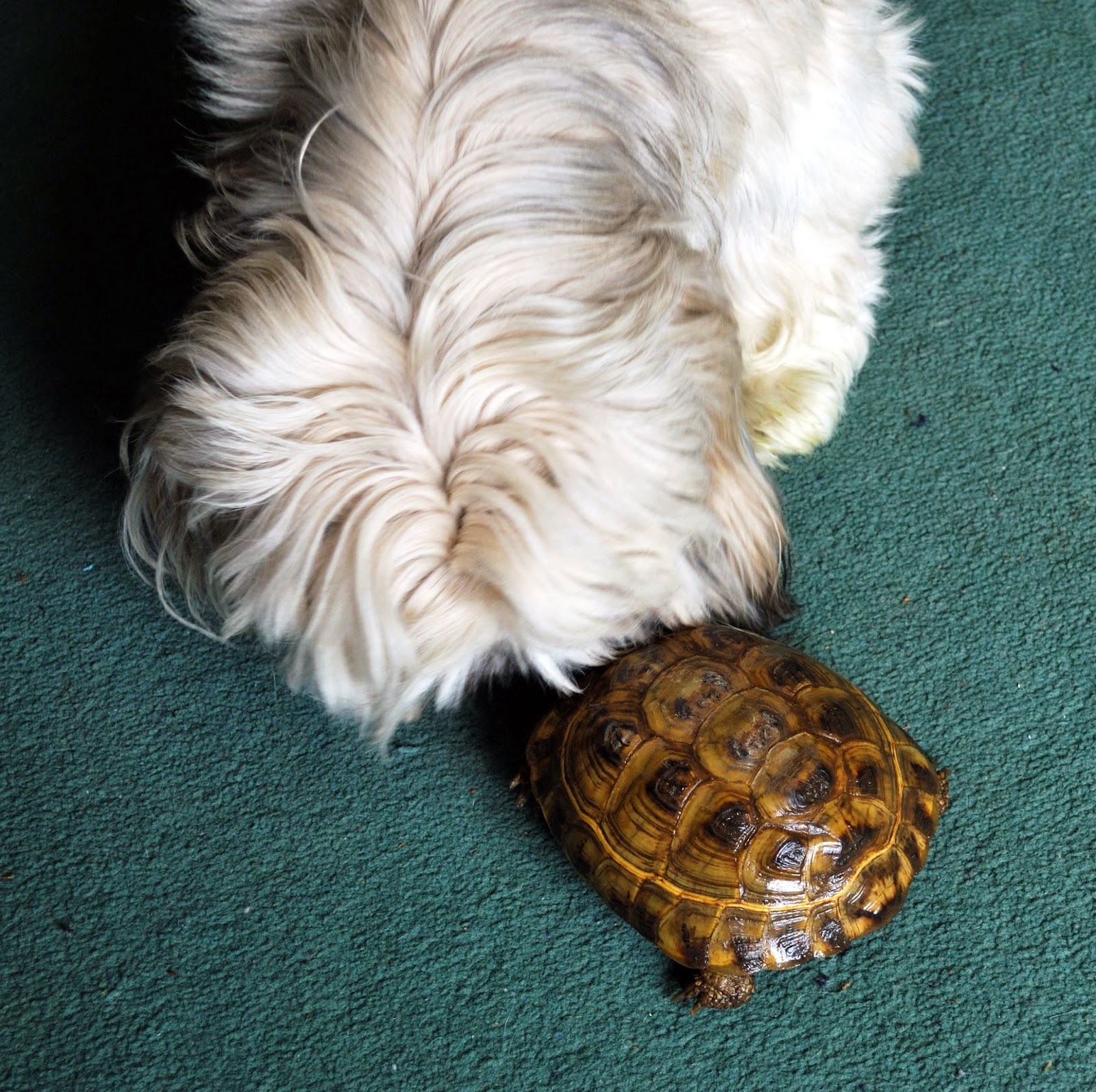 Daddy then took her out of the water and River ran straight to Nadia to give her a kiss.

But Nadia was on her toes before I could formally introduce myself. For such a small thing she's a fast mover. 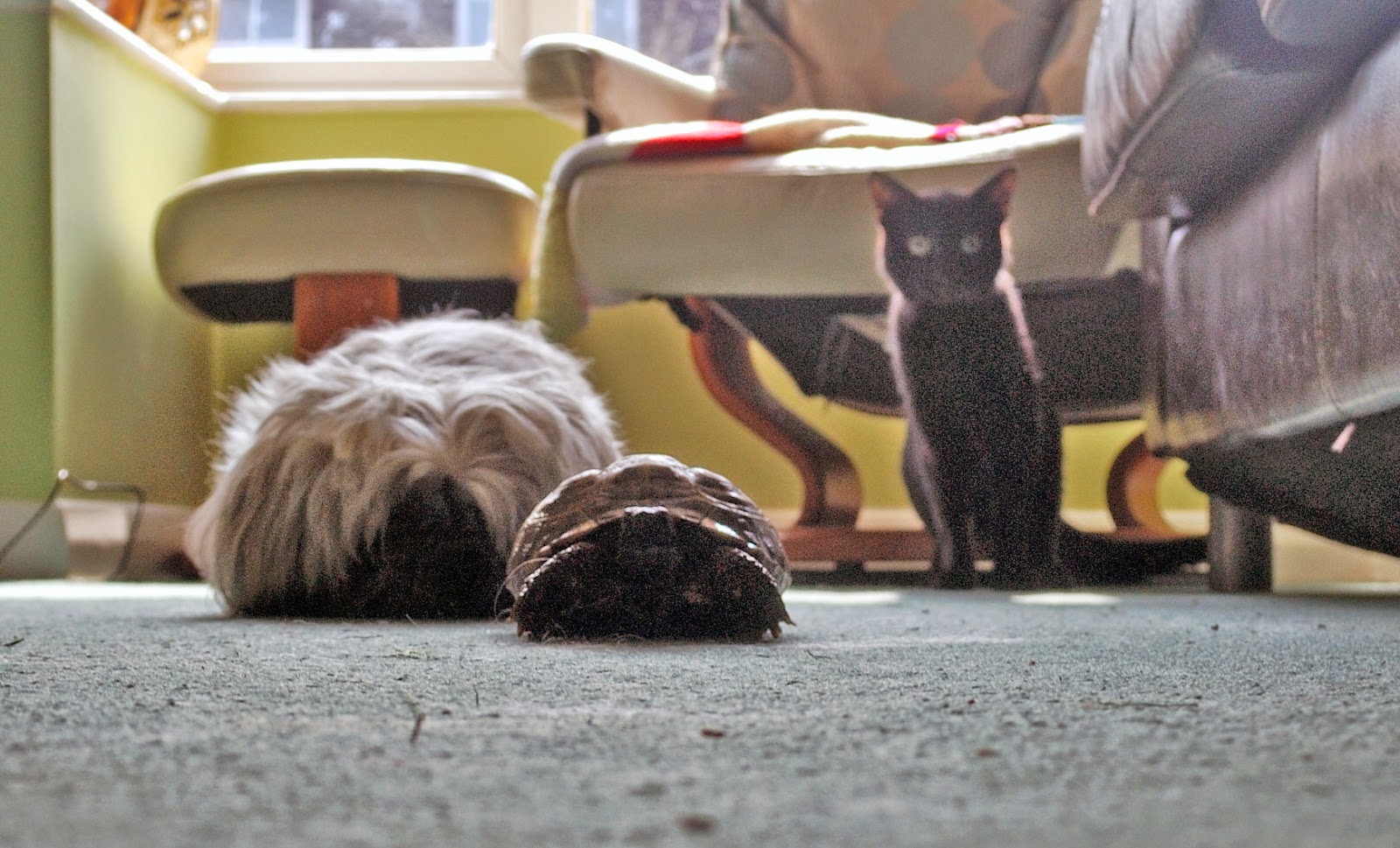 I had to jump to catch up with her. 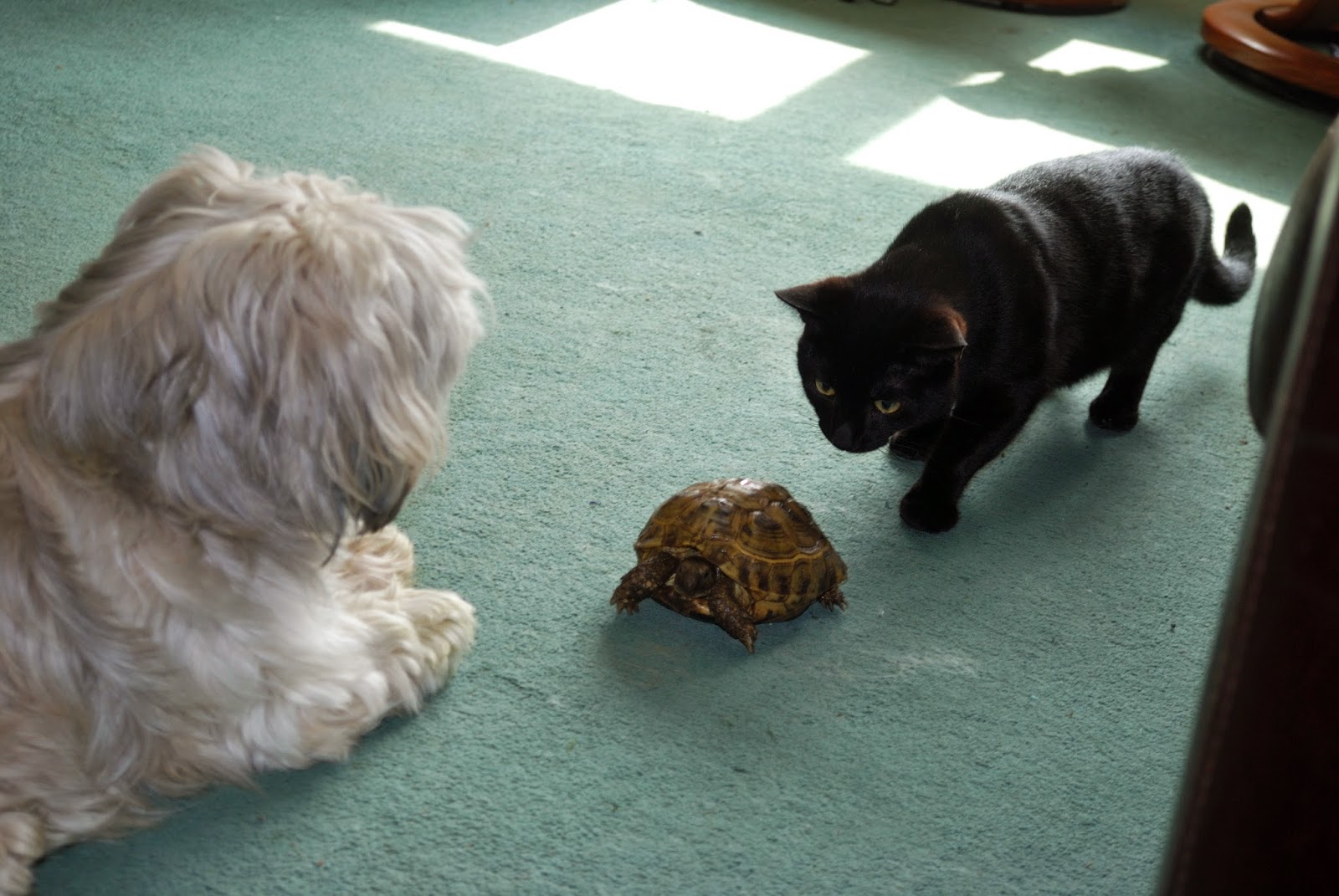 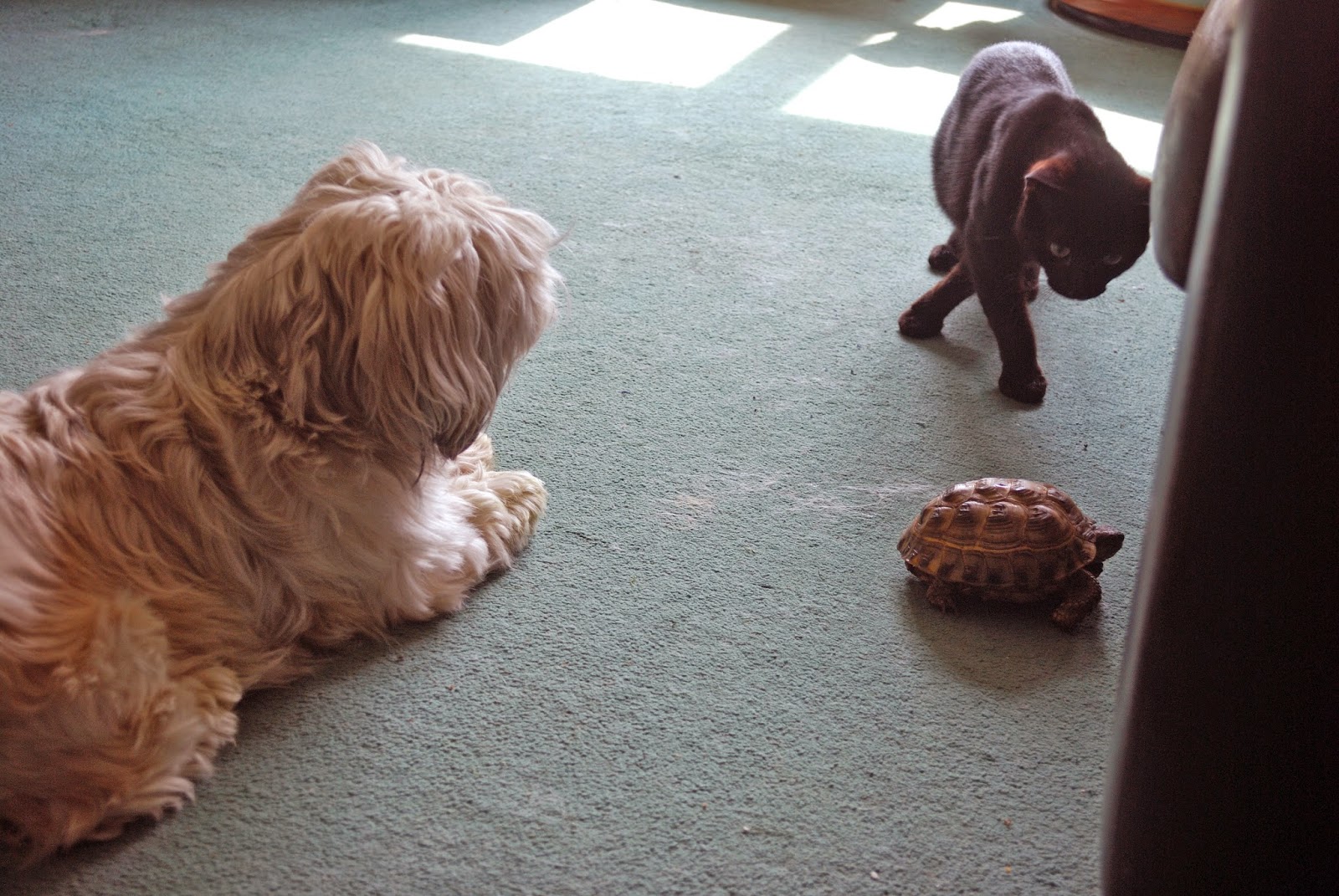 Cats and Dogs - Another Side
www.riverssong.net/2015/04/nadias-back.html