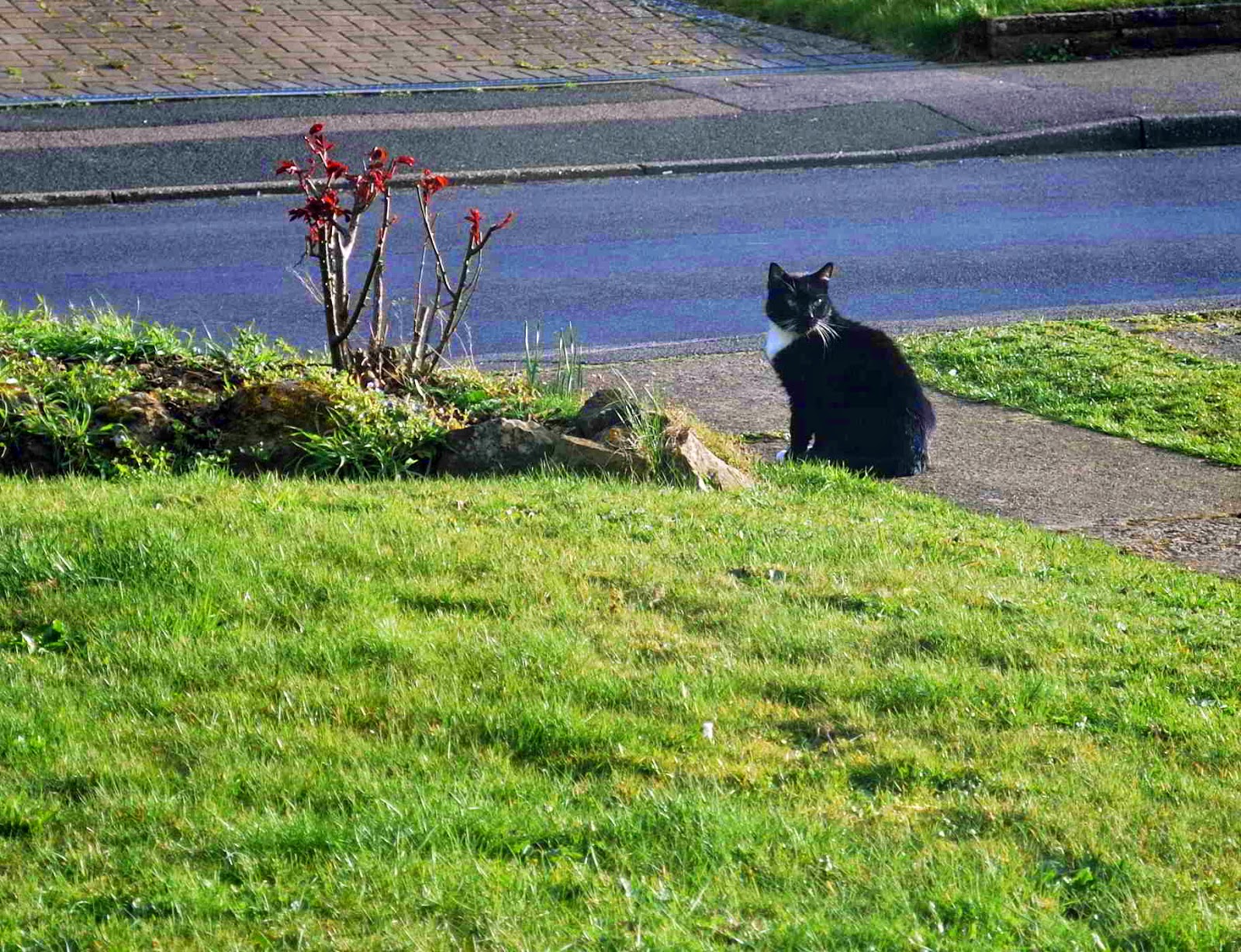 All day I've been waiting for George to pop over, he's been out in the sun but I'd not been able to get his attention and then finally I saw him out the hallway window. Only trouble was there's not a window in there that opens but as it's been a warm day I know Daddy has the living room windows open. 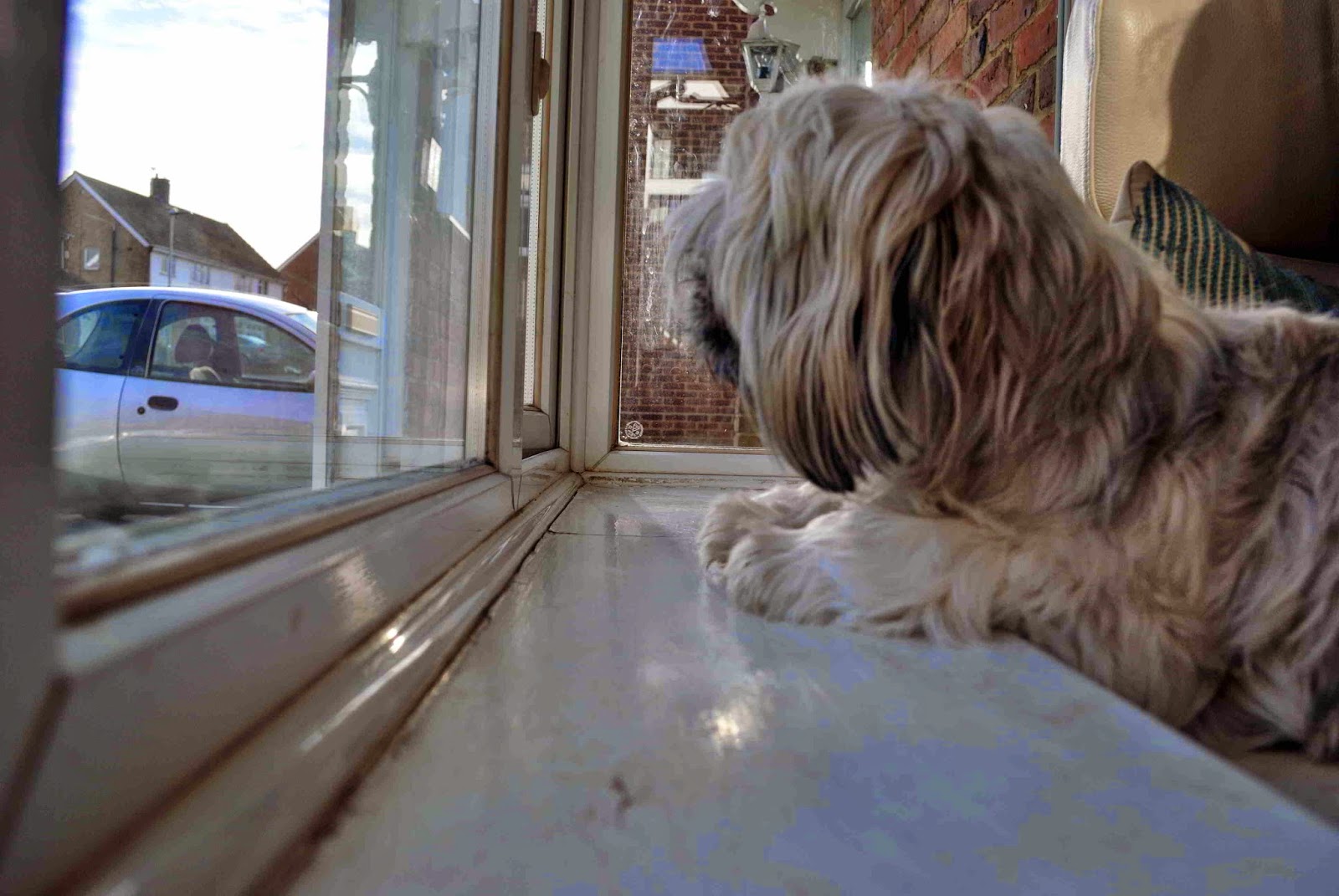 I went in there to speak to him and then I saw River.
I could guess what was about to happen, she'd already called him once and it made him jump, to much racket and he'd be off before I got the chance to speak to him so I had to act fast and jumped up on the stool behind her as loudly as I could. I had to get her attention away from him. 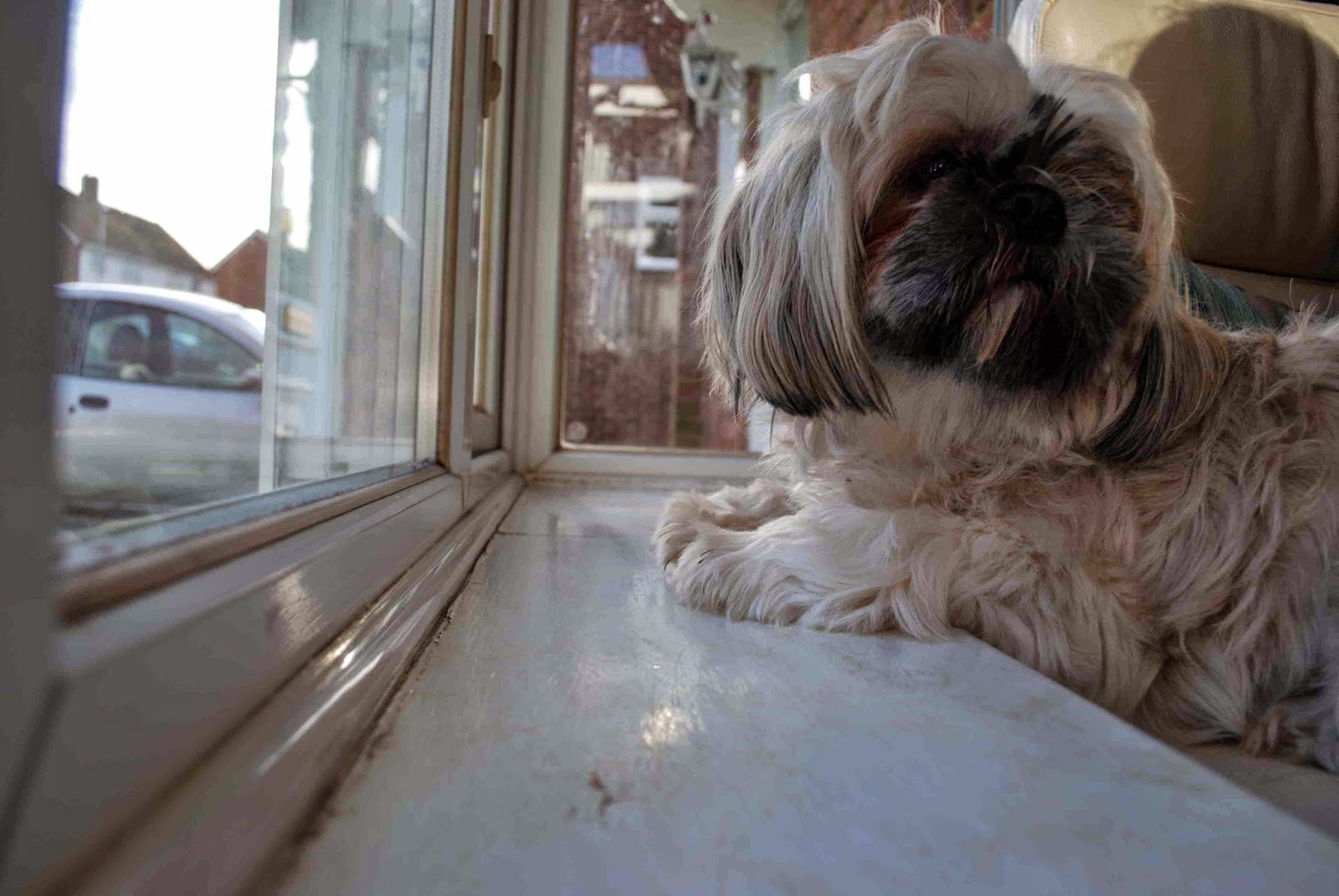 It worked! The only trouble was she decided it was time to give me a bathe. Oh well I may as well give in, I wouldn't get any peace unless I did.

She's very thorough, too thorough by the time she'd finished George had gone. Drat! Still at least I'm nice and clean with no effort from me. 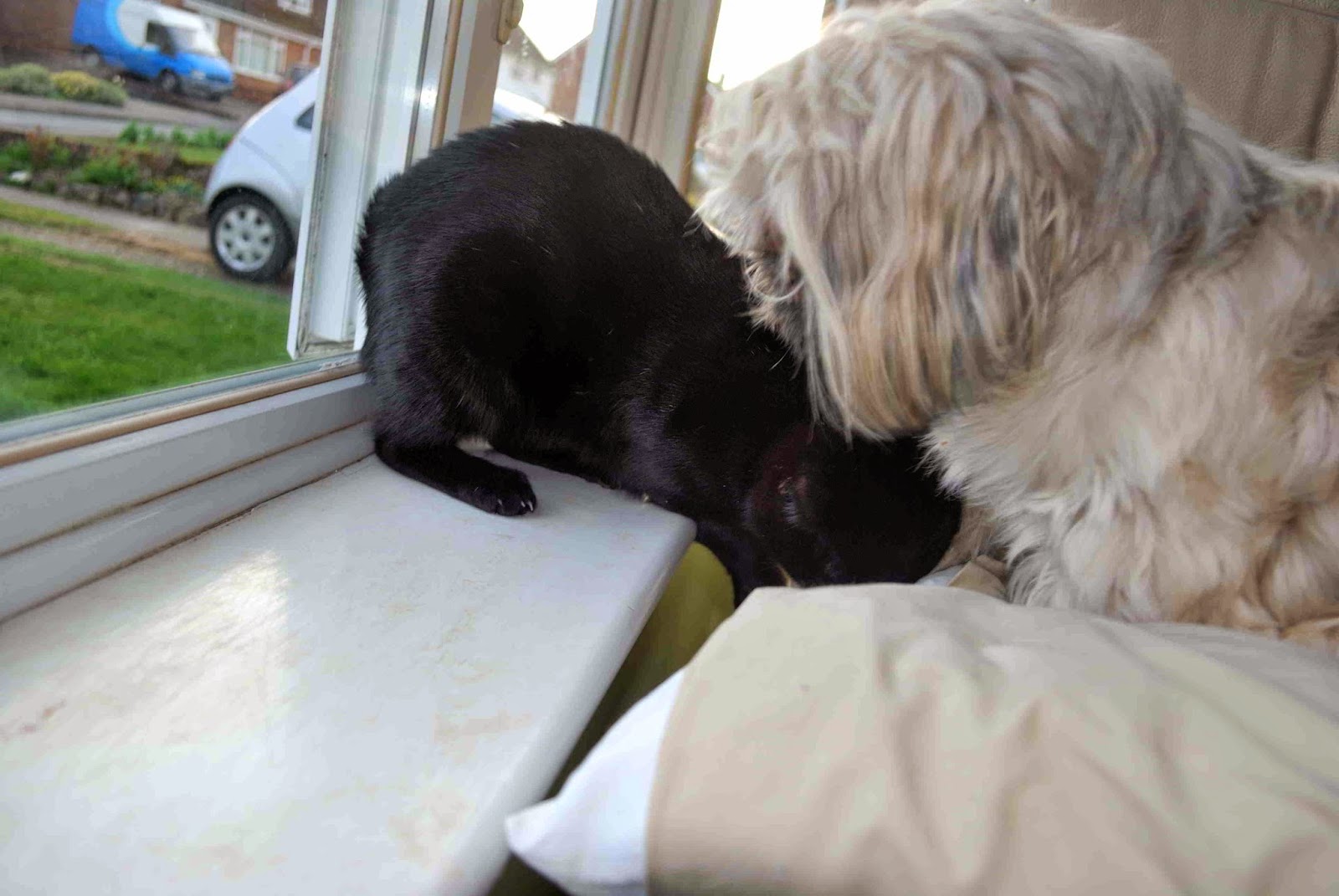 Cats and Dogs - Another Side
www.riverssong.net/2015/04/ok-then-put-your-head-down.html