It's raining, boo. I don't like rain, us cats are known for our dislike of water, I've heard rumours of one of the cats that used to live with Daddy called Evie who loved it she used to swim in his bath but she was an exception, an extraordinary exception.

The thing is the water gets in our coats and makes us all dirty and we have to start the cleaning process all over again which I admit is one of our favourite pass times but we prefer it through choice than necessity.

Mogsie is out in it, taking shelter under the car, keeping out of it's way no doubt. He's a rather handsome fellow even if I say so myself and I would so like to make friends with him but he's still keeping his distance. There's no sighting of George either so I've not been able to ask him if he knows why, I hope he's OK even if he doesn't pop over for a chat I usually catch sight of him at least every few days. 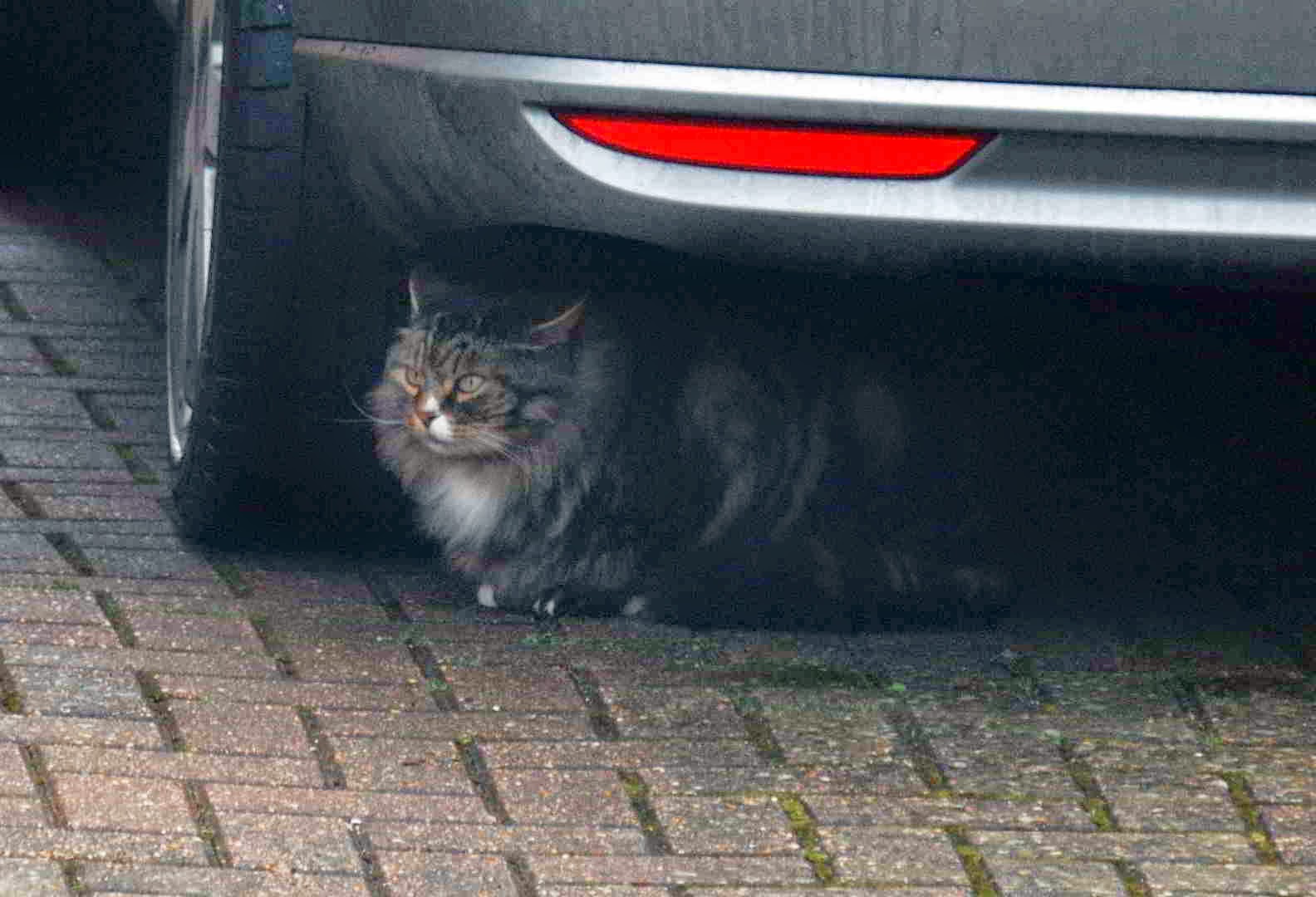