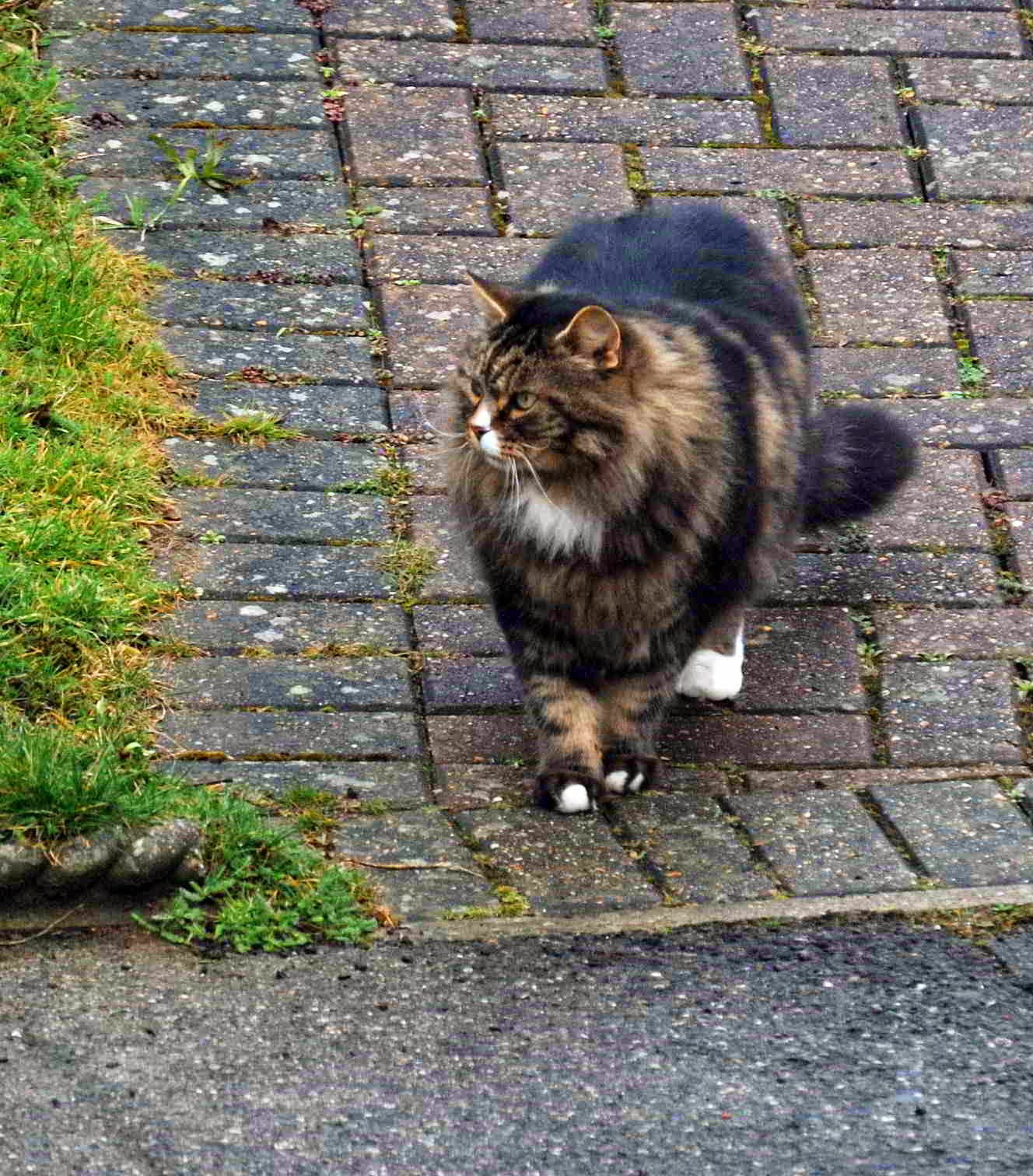 I'm definitely right something big seems to be going on Mogsie has spent the best part of the afternoon keeping guard at the end of his pathway.


About an hour after he went around the back with Chameleon he returned and set up camp looking left and right, occasionally cleaning a paw but always remaining alert. I knocked on the window to see if I could get his attention and try to make friends.

He saw me, he looked my way but again didn't smile, wave or make any attempt to come over. I would have gone over to him but Daddy has locked the back door flap as River keeps on going out and playing in the mud and he said he didn't want to spend the day cleaning up her mess from the carpet so I was trapped inside.

I thought I'd go into the bedroom to see if I could spot George out the back but I never made it that far as when I got to the top of the stairs I noticed Daddy had left the door to the secret room open and so in I went. 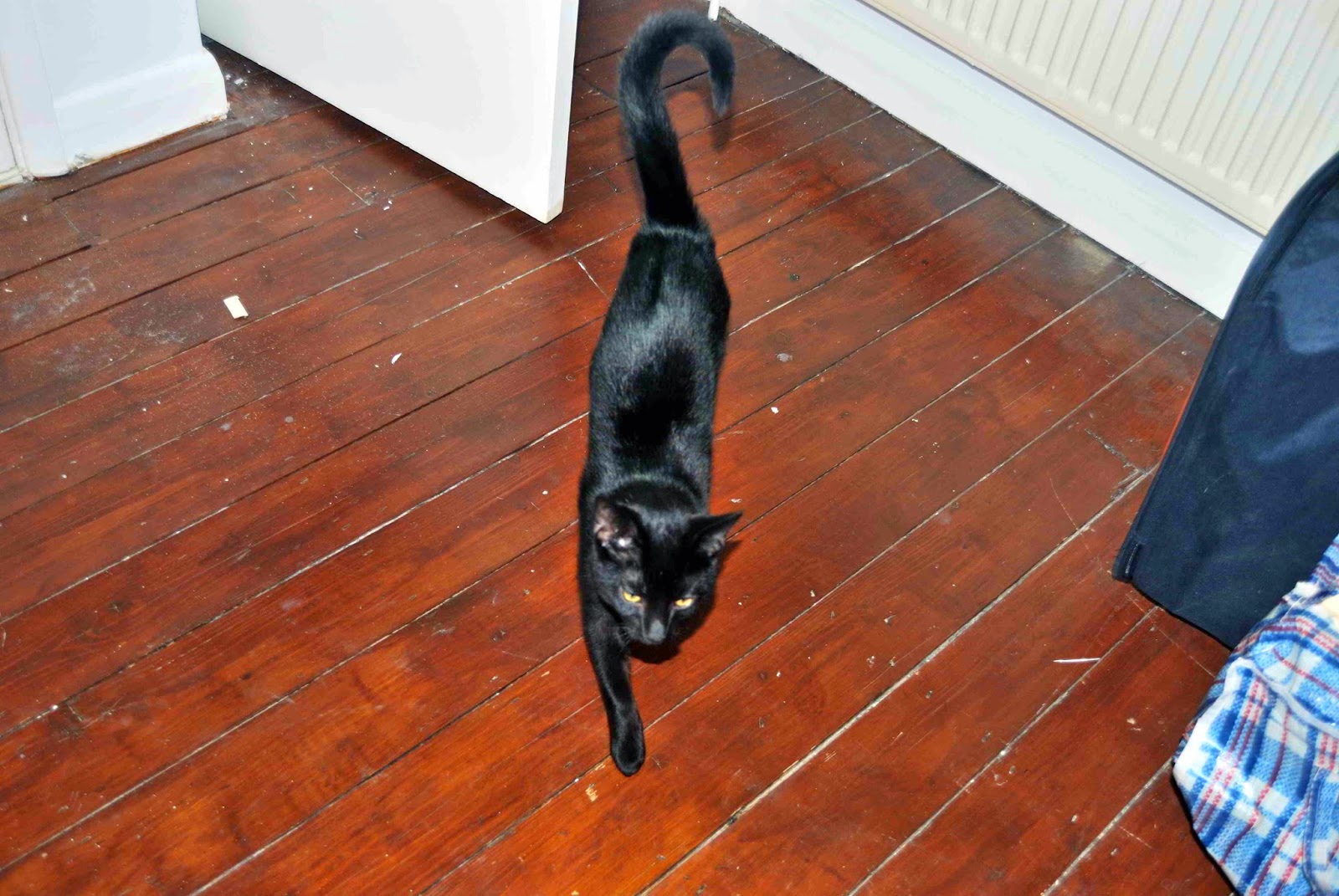 As soon as I entered the room Greego The Pixie called out to me. No hello, how are you, had a nice day, nothing, his directness bordered on the rude.

"No," I replied "I'm still getting used to the outside world."

"Goodness me flying fairies, what's the problem, I'm in a hurry?"

"Hurry for what?" I'd nearly forgotten why I'd entered the secret room, it really always was all about Greego and what he wanted.

"I know but if you want me to help you you'll have to be patient, I need something from you, an answer."

He huffed again, stretched out his leg skywards, cracked his knee and settled back down."

"Do you know why Mogsie isn't being very friendly towards me and where George is?" I might as well flip two questions in there at the same time.

"No idea, not bothered, not my business. Ask them if you want an answer what do you think I am a psychic?" He giggled again.

I was getting rather irritated with him.

"Listen if you want my help then I want yours too, this isn't a one way street you know."

He looked rather surprised but I think also a little pleased at my boldness.

Taking a deep breath he put his hands back on his chin but he didn't look fed up, he appeared lost in thought.

After a minute or so he began to speak;

"Actually I am a bit of a psychic, I lied, " he giggled again;

I just stared at him what was this nonsense?

"Well that's not much help."

"That's it, that's what I got. Now go, go, go on I need my thing and we're just wasting time chatting." He ushered me out with his hand.

I left the room to the sound of his manic laughter, his riddle going through and through my mind, what rubbish Oak Tree's can't speak. 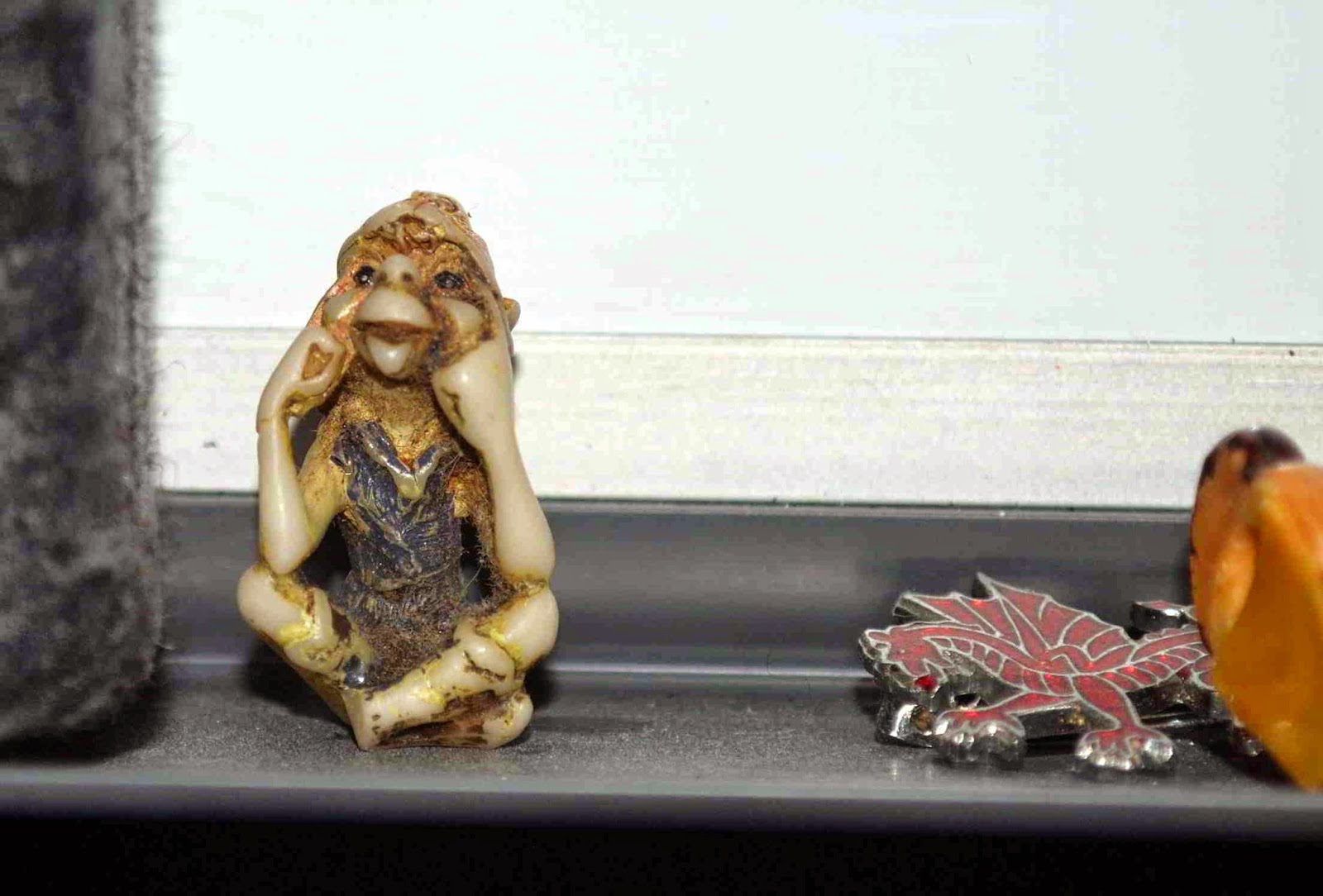