I was having a little clean after my dinner of egg and chicken when I heard a calling from outside the window. Instantly I recognised the voice and jumped up, luckily it's a warmish day and Daddy had left the window open while he was out the back baking.

George nodded. "Yes I'm fine I just needed to rest, get some of my energy back, it's been a troubling few weeks."

The strain was showing in his face. I knocked a Dreamies out the window to him. He licked it up and smiled.

"George," I began, "I'm so confused about everything."

He finished his Dreamies and looked back up at me.

"I can understand why and I'm sorry if I worried you." He paused for a while before continuing.

"This place, Catworld, is a very special place David. There something about this land, things happen, things take place that don't in other places. I don't know why here, why this place was chosen some amazing things have taken place and some terrible, horrible, almost unbelievable things have happened here, we seem to have a connection to the land, to time to things that even I at the age of 14 don't understand."

Wow this was a lot to take in, he was telling me these things and yet I understood even less than before.

"What was last Friday all about, when the sun went dark?"

George suddenly looked very stern. "You ran and hid didn't you, like I said?"

I felt a little ashamed, I hadn't followed his advice and I was about to lie to him, to lie to my friend. I nodded, I couldn't bring myself to lie with my mouth so I lied with my head. I'd hang it in shame later.

"Good." He looked relieved. "Mogsie passed on a message to me a few weeks ago, something that an old friend of Catworld told him when he was last here and I went to The Lane of Bells to see if The Judge could help."

If I'd had some popcorn I would have been popping it into my mouth, I was gripped.

"It's a place that us cats can go to," he paused "get to when the situation is so dire, so without hope that we need to take a chance and visit, for it's a very dangerous place and a trip there is sometimes a one way ticket, you never quite know what can happen. The Judge he is a kind of caretaker for the place."

"What did Mogsie tell you that made you go there?"

George went within himself, I guess trying to find the right words.

"The exact message I cannot tell you, it's not my place but let's just say there was a certain set of circumstances that had been achieved that foretold a breach was possible."

"A breach?" I interrupted, "What do you mean a breach?"

"Have you parents told you much about car lore?"

No they hadn't really told me much about anything. I shook my head "Cat lore?"

"About The First and the Cumbiare?" I shook my head.

"The First and Second Great Cat Ages? The last Cat War, The Queen of Catkind" Again I shook my head, I'd never heard about any of this stuff.

"Oh little one, there's so much for you yet to learn but it will all come in time, I'll make sure of that but one thing at a time. Us cats are protected from beyond, we've been threatened more than once in history by a force that has tried to control us, you see we are powerful and together as a collective a master force but occasionally something happens and that protection can be breached and as I said Mogsie was warned by an old friend of ours what to watch out for, a certain set of circumstance that could cause such a breach."

This was fascinating, there's so much more to being a cat that I ever thought.

"I went to seek a way to stop it but there was no way, it was already happening and all I could do was spread the words and warn everyone to take cover, to run and hide and hope that whatever was being searched for wasn't found. It appears that emergency has now passed, everyone seems to be OK and accounted for but it doesn't mean that the danger can't return we must all just be careful and head the fore warnings."

George got up, I guess he was all talked out, he still looked very tired.

"Mogsie spoke to me." I called after him, "but he's not speaking to me now."

George turned and smiled "Don't worry, it's not personal little David, that much I know. Mogsie has his ways and he must have his reason why he's kept his distance so far but don't worry whatever it is I'm sure it won't last too long, after all who can resist a little warrior like you?"

"Speak soon." George called "Come out and join us in the world I think you'll find it fascinating."

"I will, " I called after him. "Just one more thing." George turned. "Who's this friend who helped us out, I'd like to thank him when we meet."

George's smile widened. "I don't somehow think you'll be meeting him little one but Troy, his name was Troy Lamore!" 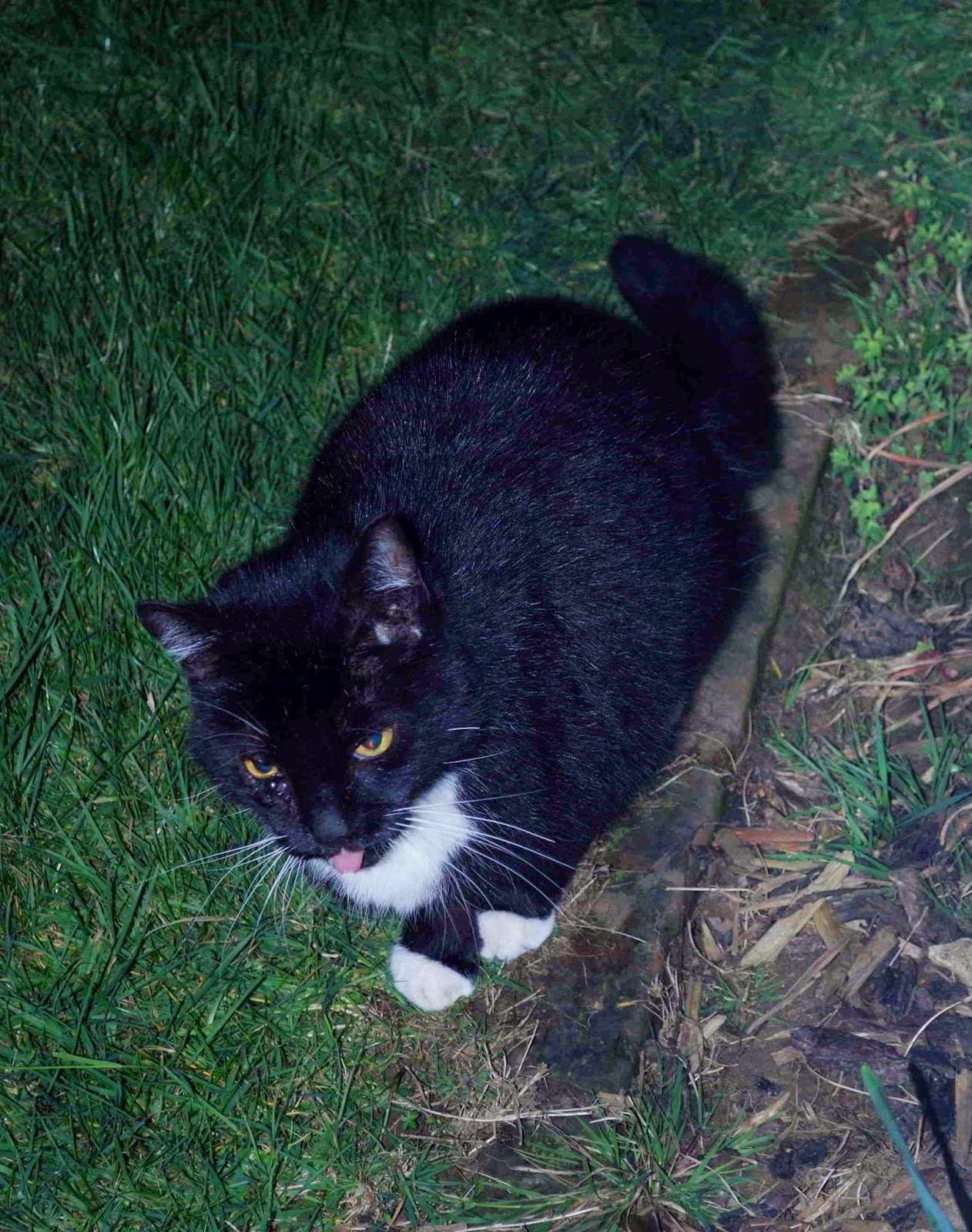