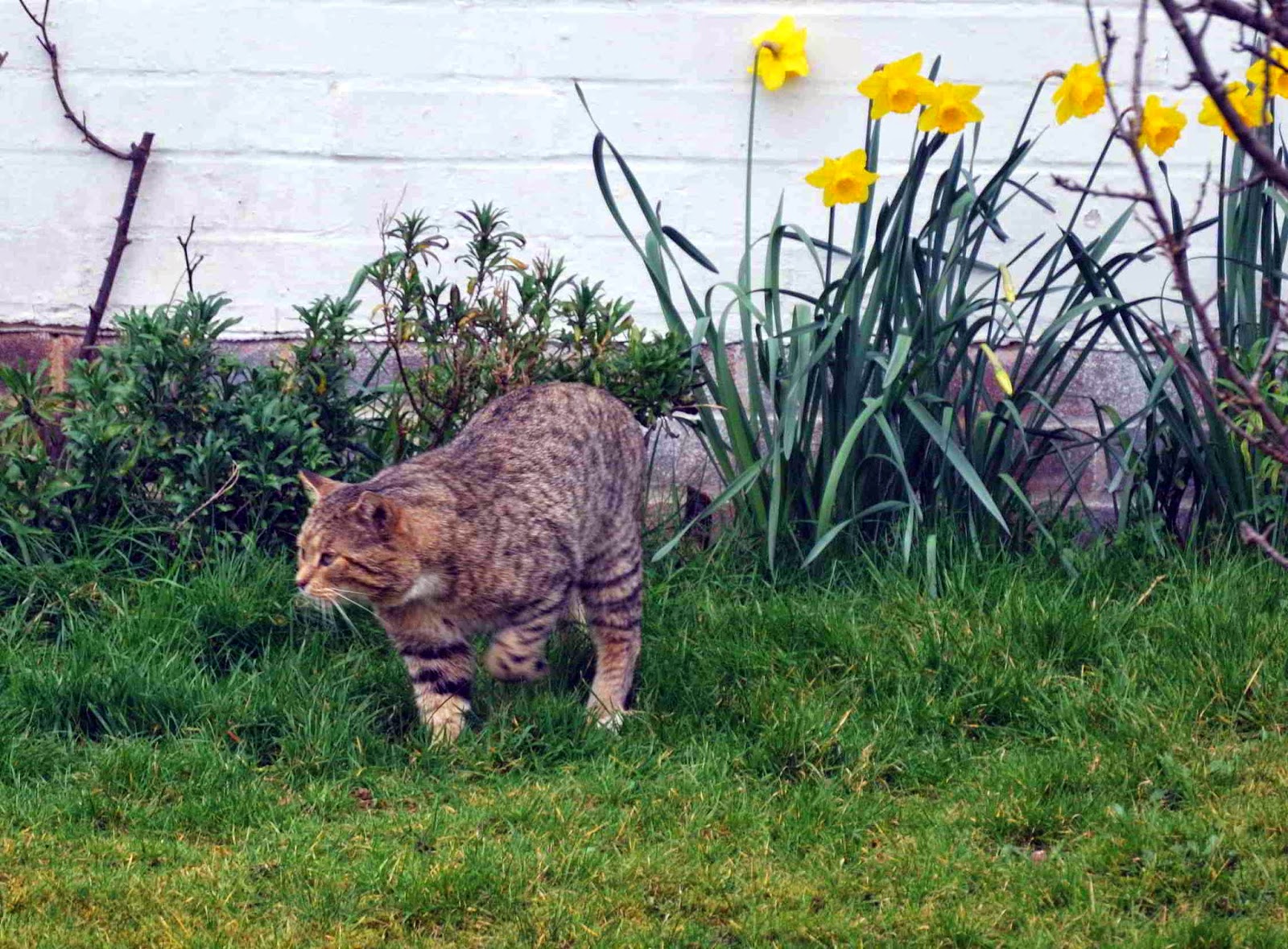 Most of the regular Catworld cats have now been accounted for.

I've been watching out most of the day just to make sure everyone was OK after this morning's events. 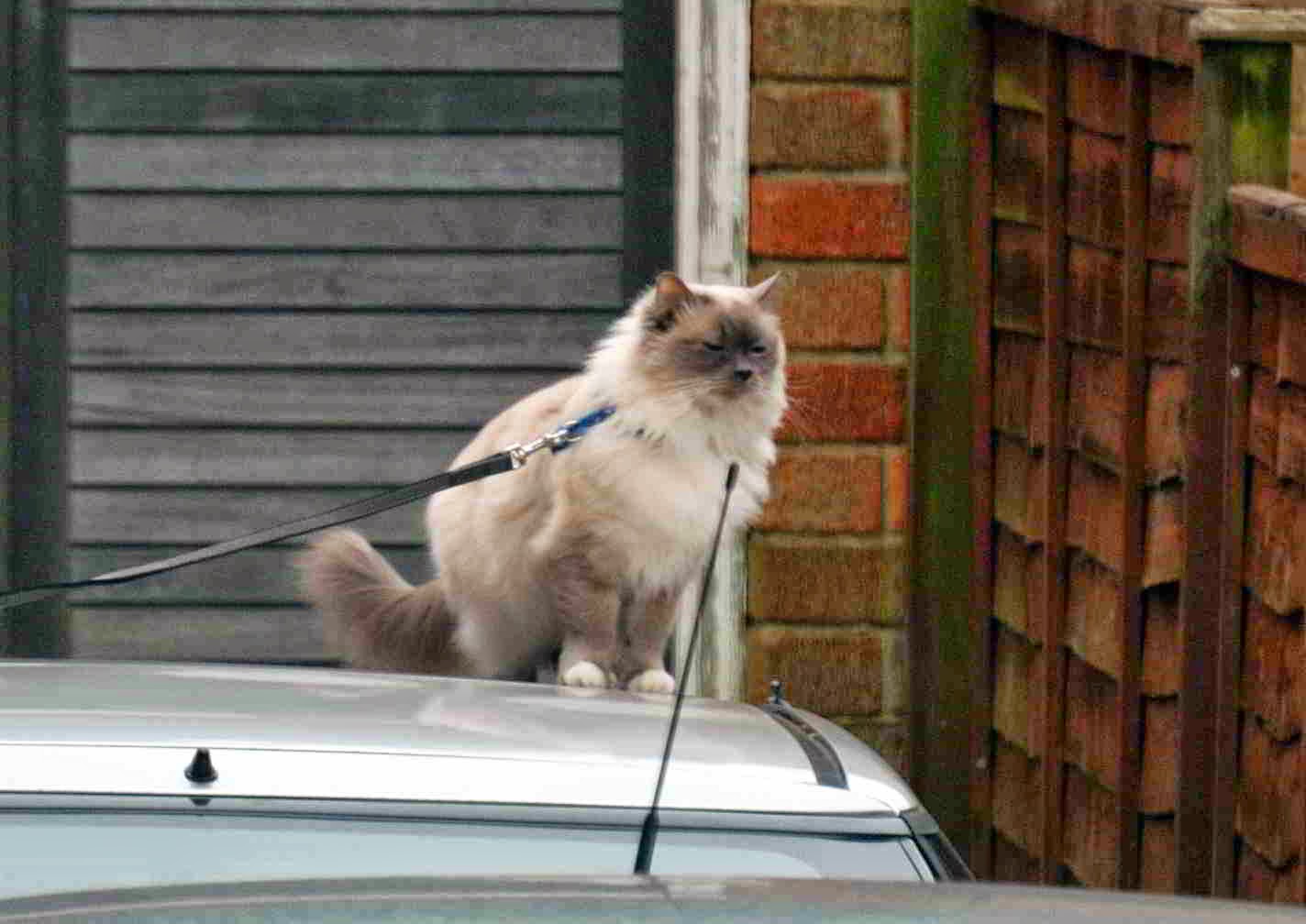 Chameleon was the first to show his face, I noticed him coming from around the back of George's house. He walked up the path, over to the daffodils, had a bit of a look and a dig around and then was off down the road.

About an hour later Twizzle appeared on the roof of her car, leading her Daddy by his lead. She seemed OK to, we've not been formally introduced but River told me who she is.

I went to have some lunch and when I came back to my spot in the window I saw Mogsie using a branch to have a little scratch of his nose, so I know he's OK.

At the moment there's no sign of George, Theo, Maise or Doublay though so I still can't rest easy, especially George, he looked so stressed yesterday, I'm worried about him he seems to take a lot on his shoulders. 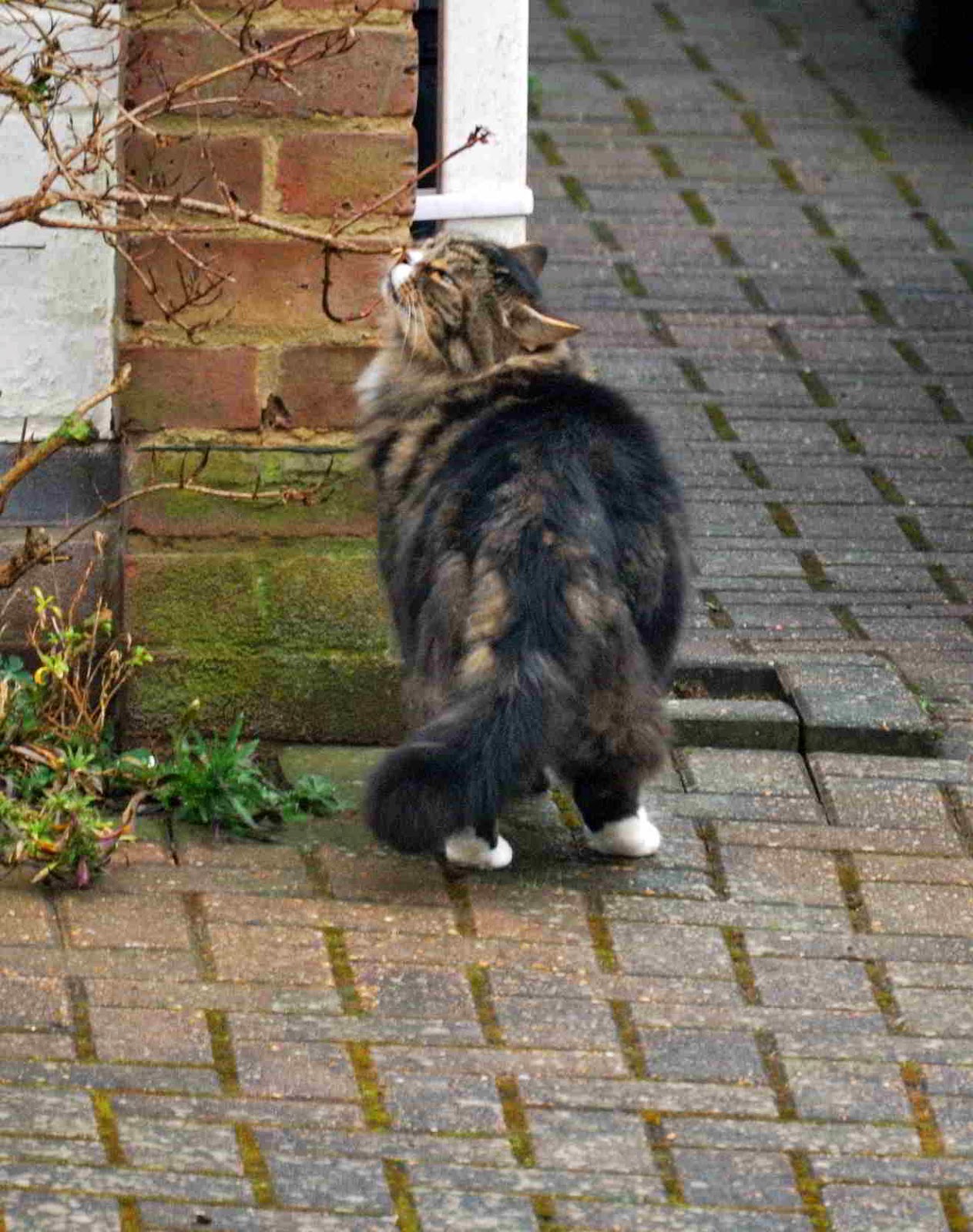