Just Stand Back From The Spray Can

I fancied a quiet afternoon so I decided to set River up to get her out of my hair. She was asleep on her chair and I loudly jumped up on the table and peered out of the window, ignoring her when she called up to me to see what was going on. 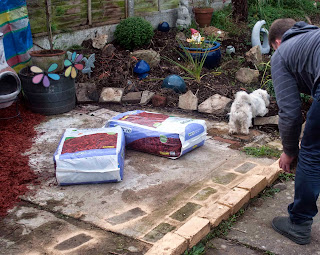 I could see the Daddies out of the window, they're still in playing in the garden mood and are trying to get something sorted where the house of glass used to be. Still not quiet over the fact that they took it down without my permission but it's done now and it's keeping them quiet.

It;s always a bit fateful when they get themselves into this sort of mood, talking about what they will do, realise they could make a change if only they went and got the materials and the shop in question not being too far away usually means they start almost as soon as they've had the idea.

The only problem with this shop is they sell spray paint as well and the Daddies get themselves a bit excited where colours concerned and spray paint anything that doesn't move. We now have a golden worm, marvellous just step back from the spray can. 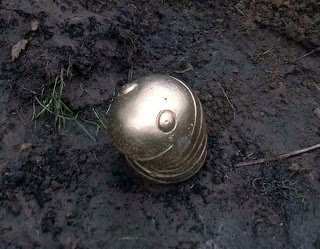