A Bump On The Head! 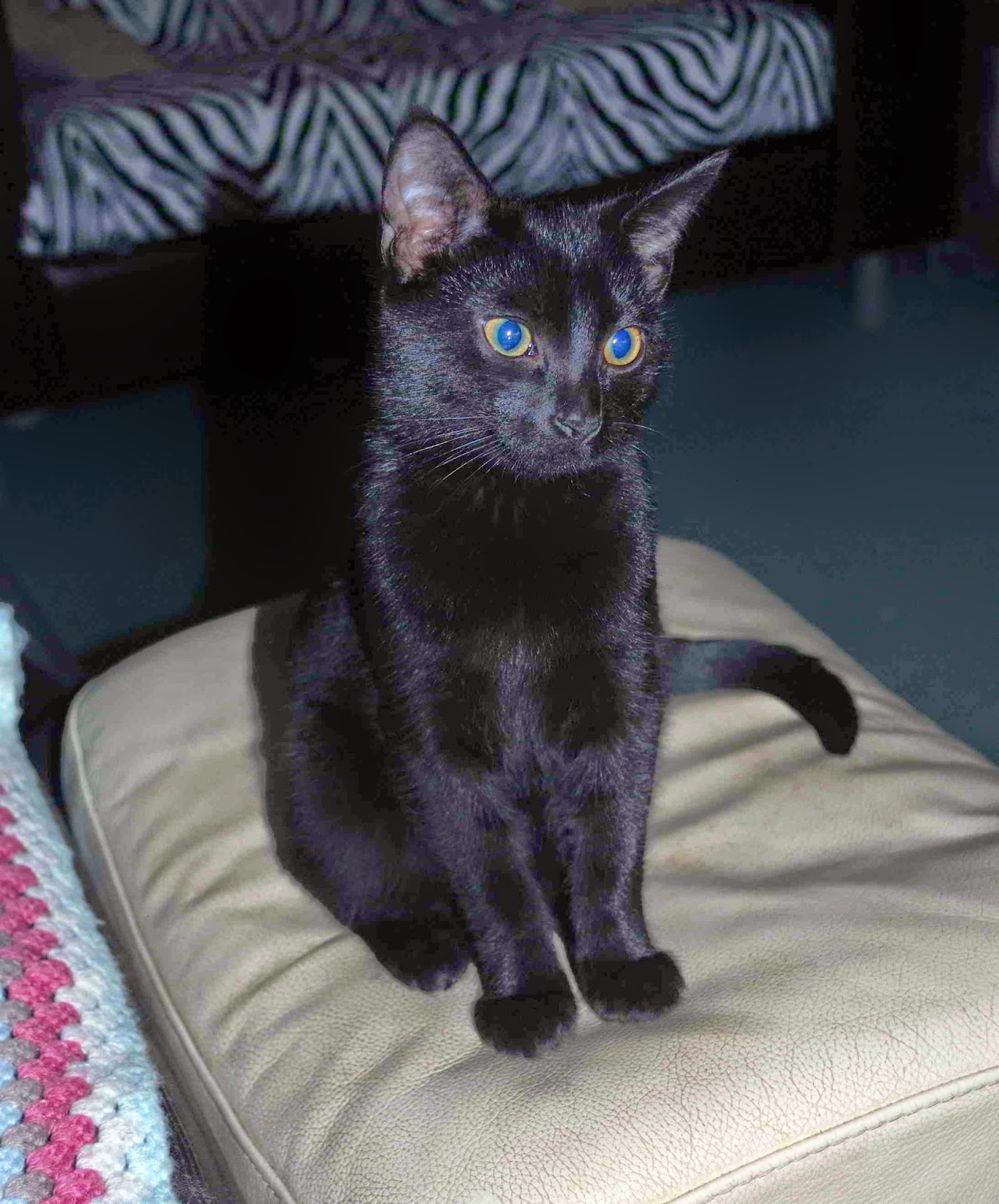 I feel so bad about what happened earlier that all I can do is watch over River while she slept and when she woke up and bound over to me to come and play I just couldn't. 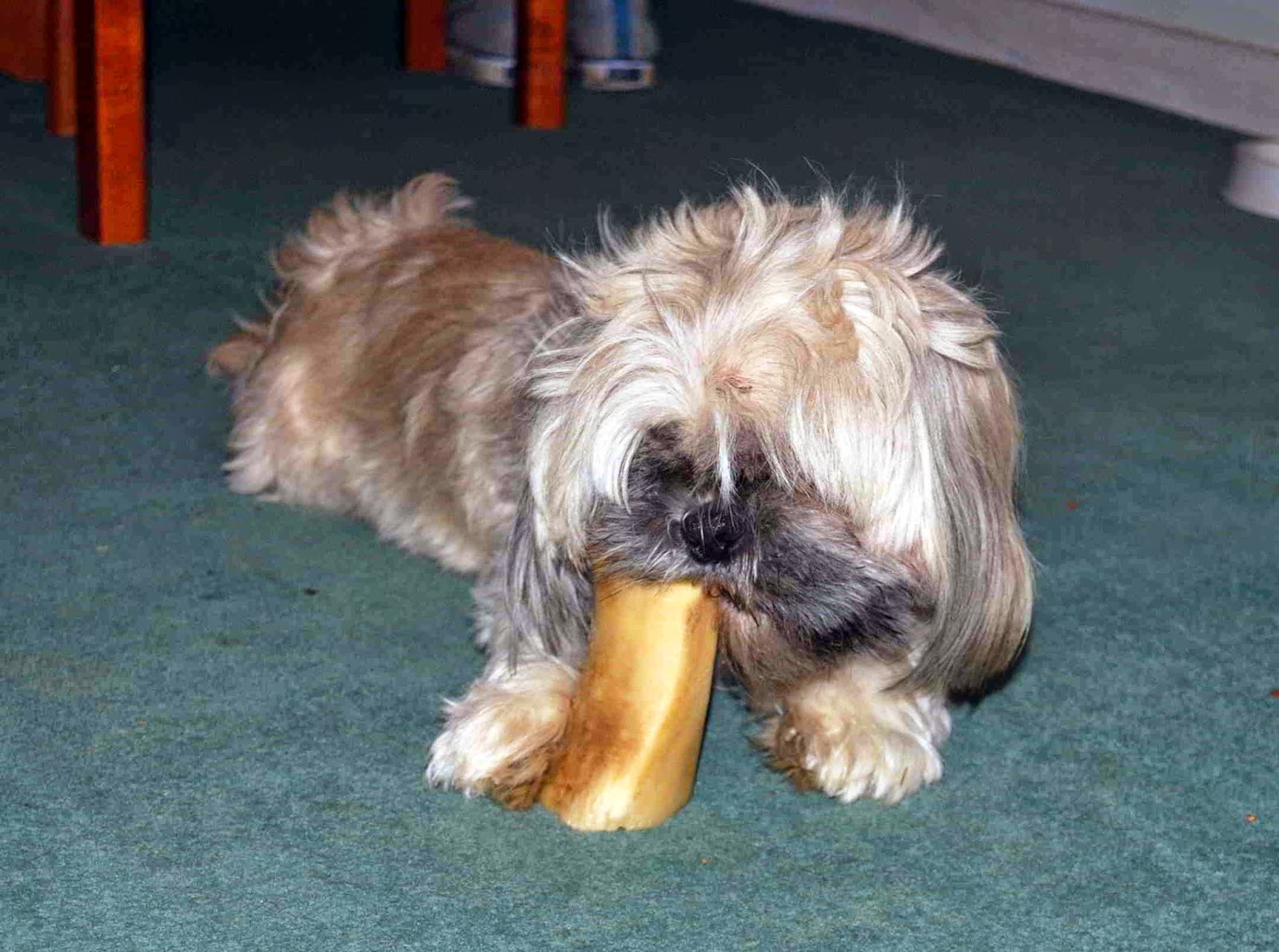 Let me explain. It was a little earlier on today and River was munching away on her bone. It's so strange how dogs love bones so much. I've tried it but it's not to my taste, guess that's because I'm a cat and we have different tastes. 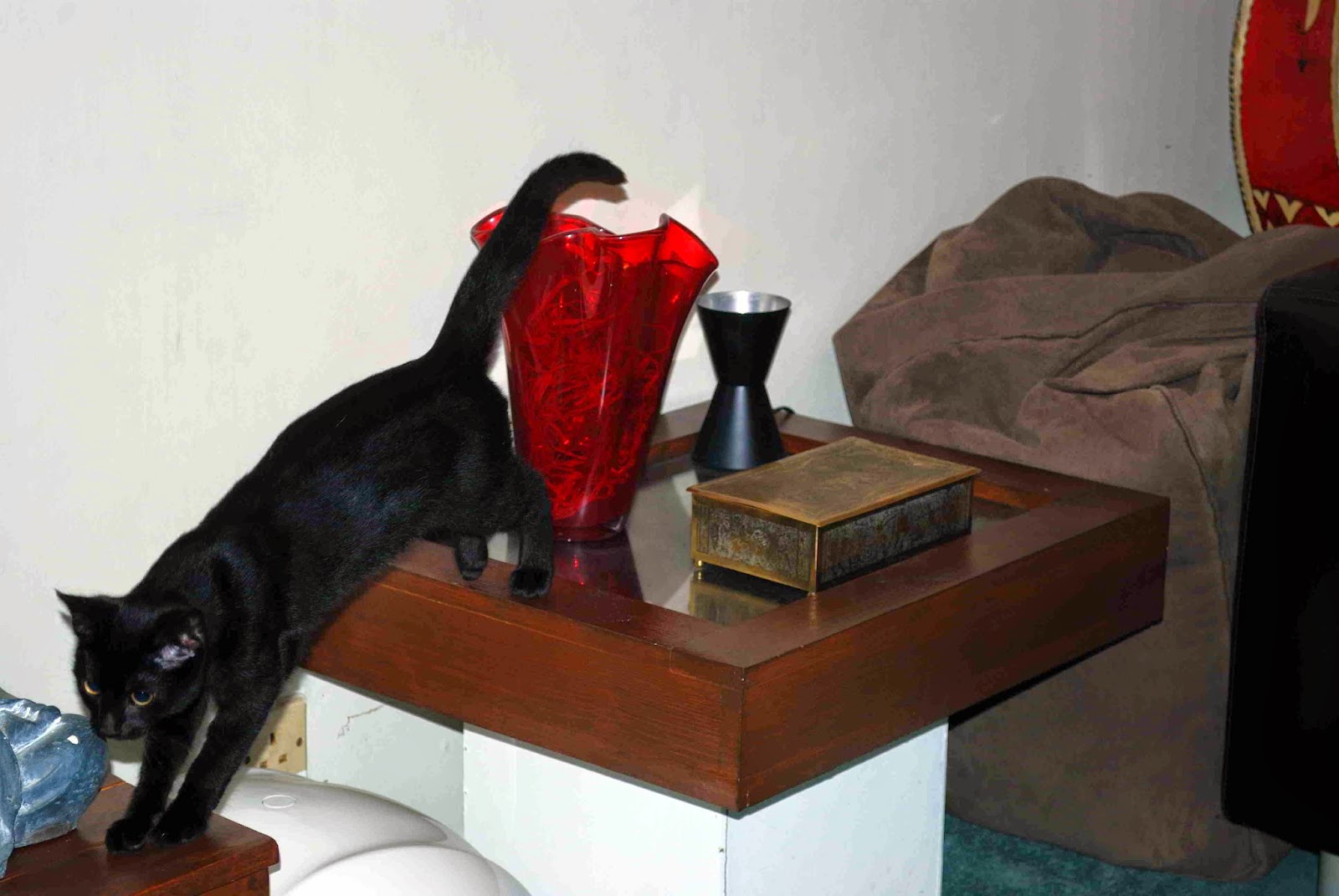 I thought I'd play a trick on her and surprise her and started to creep slowly up on her. I thought I'd go behind her and shout boo in her ear and make her jump but she spotted me and came running over to me before I could even think.
She ended up surprising me! She's a very fast runner when she wants to me, bang into the table she went, screech I went and jumped on her and then I spotted it, a tiny blob of blood right on the top of her head coagulating to form into a little bump on her head.

I have no idea if it was because she ran into the table and caught it or if I caught it when I jumped on her but I feel terrible.

River, well  she doesn't even remember a thing, I do hope she's not got concussion or memory loss or anything because of it, all she wants to do is play and as much as I want to, there's no way I'm risking hurting her, not twice in one day.

That'll teach me for playing tricks! 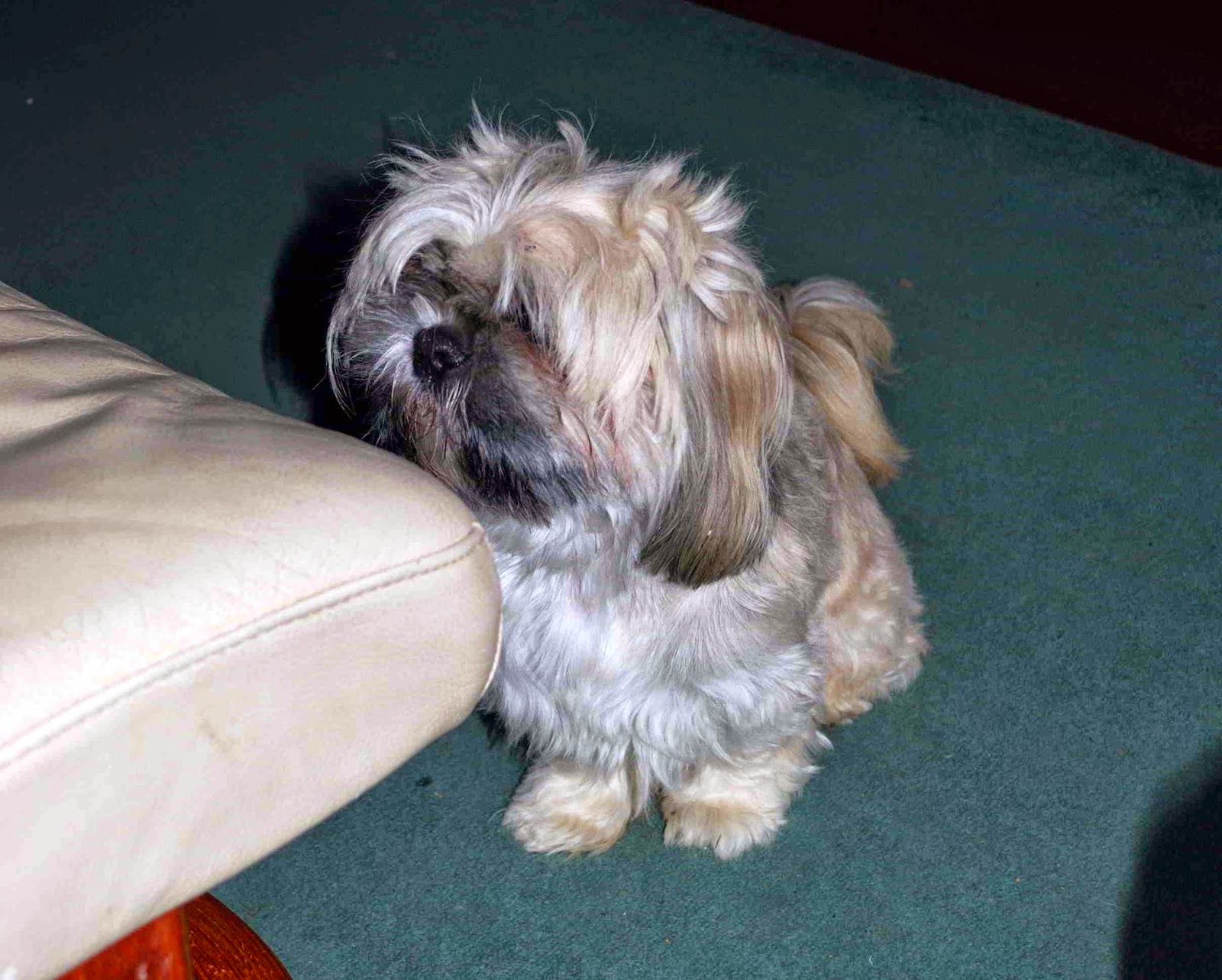 Cats and Dogs - Another Side
www.riverssong.net/2015/01/i-have-no-idea-what-hes-talking-about.html